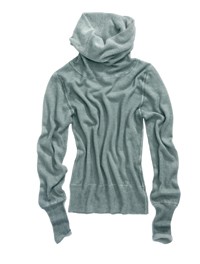 MOLVENA, Italy — Renzo Rosso, a motorcycle enthusiast with a crown of unruly curly hair and tattooed fingers bearing his initials, looks a bit out of place in a country home perched atop his own sprawling vineyard.

But Rosso, dispensing his wisdom at a rustic lodge a few minutes down the road from Diesel’s corporate headquarters in the northeastern corner of the country, has always been a man of contrasts. He said he wishes his $1.4 billion business were smaller and had more of a niche allure. He wants to reach out to younger customers, but at the same time, keep serving more mature clients who have grown up with the brand since its inception 28 years ago. And as much as he shuns the idea of financial targets, he wants to double the size of Diesel’s U.S. business in the next five years.

“Today, in fashion, it’s better to be considered a cool and individual and fresh company than a really big brand,” Rosso said over a lunch of vegetable risotto and his vineyard’s Pinot Nero.

To that end, Diesel has more than halved its wholesale accounts around the world to boost its exclusive cachet. Now it’s rolling out pricier apparel by boosting the size of the Diesel Denim Gallery collection with embroidered sweaters, distressed leather jackets and other non-denim pieces.

“We felt obligated to move forward with this strategy because all our consumers that were born with us…have a different social and economical position, a different age, and they feel the need to have a higher-quality product,” Rosso said. The line is produced by his high-end manufacturing company, Staff International. Staff also produces for Maison Martin Margiela, a house in which Rosso owns a majority stake, as well as licensed lines Dsquared and Vivienne Westwood.

Diesel launched Denim Gallery in 2001, but this fall it has expanded the collection’s scope beyond denim to comprise 25 women’s and 25 men’s apparel pieces. Diesel Denim Gallery is sold in Diesel stores in New York, Tokyo and Osaka, in a few of the company’s concept stores in Europe and in a handful of specialty shops, including H. Lorenzo in Los Angeles, Harvey Nichols in London and 10 Corso Como in Milan.

Diesel said Denim Gallery’s better-quality cashmere blends, unique denim washes and other features, such as the vintage brooches sewn on some sweaters, justify higher prices. Regular Diesel T-shirts fetch $40 to $90; those in Denim Gallery start at $224 and run as high as $555. Denim Gallery jeans cost $345 to $695, outstripping Diesel’s standard price range of $150 to $320 a pair. Leather jackets are the priciest items in the Denim Gallery range, at upward of $1,000.

Lorenzo Hadar, owner of H. Lorenzo, has carried the Denim Gallery line for two seasons and picked up some leather pieces for fall. He said customers frequently question whether they should spend as much as $450 on Diesel-brand jeans, but usually the allure of a limited-edition product prevails.

“With denim, if it’s really special, people are willing to pay to be different from everybody else,” he said.

Rosso may be aiming for exclusivity, but his accounts reflect anything but a narrow consumer base. Diesel contributes the vast majority of revenue for Only the Brave Srl, the umbrella company that controls Diesel, Staff and Maison Martin Margiela. Only the Brave’s 2005 sales climbed 10 percent, to 1.1 billion euros, or $1.4 billion at average exchange rates for the period. Rosso, who is loathe to talk numbers, said last year’s net profit margin should mirror that of 2004. That would put 2005 net earnings at about 123.2 million euros, or $154 million.

Those figures, which make the company one of the largest fashion groups in Italy, would make most executives beam with pride. Not Rosso, who scoffs at the idea of a stock market listing and an emphasis on growth and figures.

“I wish Diesel would become smaller,” he said, exasperated. “I always put myself in the shoes of the consumer because when I read that a brand does one billion, two billion [in turnover], I think, ‘Wow, that label is so massive.’”

The Denim Gallery project is just part of Diesel’s overall effort to trade up in price and image. The brand also is working to increase its accessories offering with dressier heels and higher-quality handbags. In another bid to improve craftsmanship, Rosso said he’s about to buy a manufacturing company, although he declined to specify whether he’s after an accessories or apparel producer.

But perhaps the brand’s most drastic move has been on the wholesale front, where, over the last five years, Diesel has slashed worldwide distribution of the main collection to 4,500 doors from 10,000. Most of the cuts were at the department store level in the U.S. and Europe.

“In the U.S., we’ve cut some lower-end distribution sales points. Today, we’re entering into a high level of distribution and we have a serious possibility to further develop the brand and double the U.S. business [with sales of $160 million],” Rosso said. “If today we only have one corner [in a department store], tomorrow we can have 10 [or] 50….We want to sell more quantity in each sales point.”

Diesel also sells through a worldwide network of 320 freestanding stores. A refurbished Union Square store will reopen during New York Fashion Week in September. Plus, Rosso said he plans to open 14 stores in China over the next two years.

The denim market is increasingly saturated, but Rosso is characteristically dismissive of the competition and the kinetic whirlwind of jeans du jour.

“These brands have certainly caused some noise and they took some [retail] space,” Rosso said, adding that it was Diesel that created the market for premium denim in the first place. “But these brands were a good stimulus for us to respond to competition and do better.”

Still, Rosso is hedging his bets in the overall world of fashion through Staff’s ventures with Maison Martin Margiela and Dsquared.

Nearly four years ago, Rosso bought a majority stake in Maison Martin Margiela and he’s invested more than 15 million euros, or $19.2 million, to develop the brand, which is known for its artsy edge and cult following.

Margiela posted sales of 32 million euros, or $41.3 million, last year, but Rosso said the brand could generate as much as 100 million euros, or $129 million, of revenue within five to seven years. In July, a Margiela store will open in Hong Kong, rounding out a retail network of 12 freestanding stores around the world.

“[Whether it’s] 70 or 100 million [euros in sales] is not important. What is important is that it remains cool and that there’s the right development for this brand. I don’t want to have sales points that aren’t correct for the brand,” he said.

Rosso was less specific on developments at Dsquared, a line Staff has produced and distributed for five years through a licensing deal, other than to say that it is selling very well. He said the future of the brand depends on the label’s founders and owners, design duo Dan and Dean Caten. But Rosso is adamant that Dsquared, a collection with a large denim component, and Denim Gallery won’t cannibalize each other.

“Dsquared is fashion. Denim Gallery is not; it’s the highest expression of denim know-how,” Rosso said.