The period panty brand has sold $10 million worth of products in fewer than four years.

Ruby Love has caught the attention of investors.

In its three-and-a-half year lifespan, the online shop, which sells period panties and swimwear, has sold $10 million worth of products.

“I started the business just being aggravated with sanitary pads sticking out of my underwear and being embarrassed and uncomfortable,” Crystal Etienne, who founded the business in January 2016, told WWD. “I wanted to start a product that could actually hold pads in place and make it more comfortable. And then [the business] just blew up from there.”

An impressive feat considering the market is already flooded with brands like Thinx and Knix that make period-proof products, many of which have large advertising budgets.

Etienne, on the other hand, started Ruby Love, the company formerly known as PantyProp, with far fewer resources and without a background in retail. (Etienne had previously worked in accounting.) In fact, she said she didn’t spend any money on advertising in the first year. It was the products that make Ruby Love the best period panties in the “period apparel” market, she claimed, and kept customers coming back.

“We really can boldly make the statement that no tampon is required [for our underwear],” said Etienne, who serves as chief executive officer of the company.

In addition to the built-in absorbent liner inside the underwear, Ruby Love panties have an additional dry mesh that claims to stop any front-side or back-side leaks. There’s also a hole in the undies so women can place a pad for added protection if they choose. 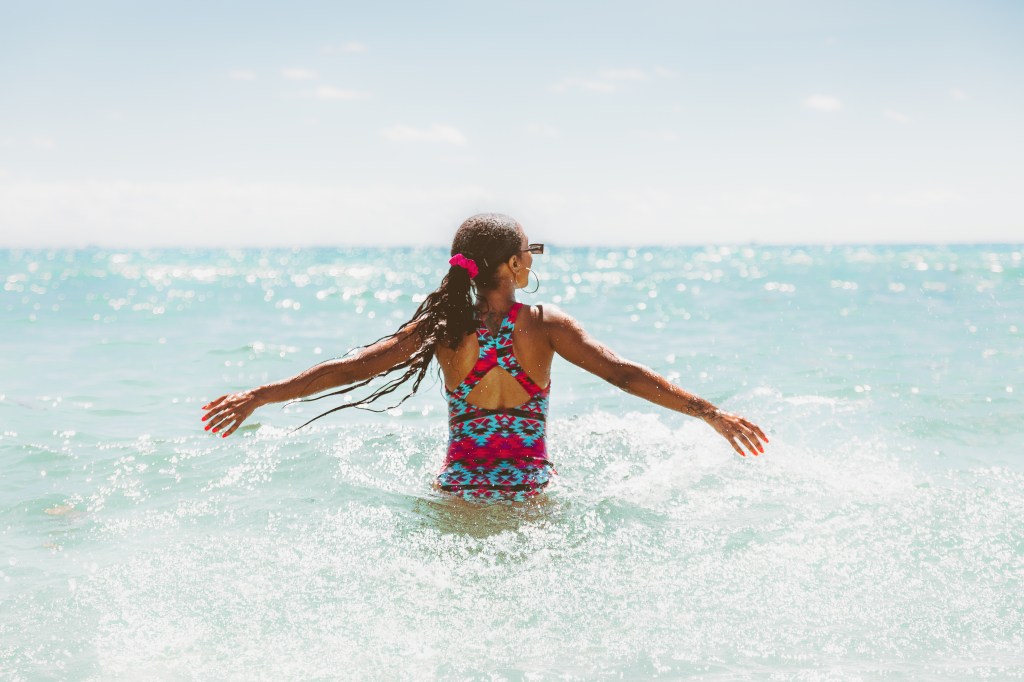 Ruby Love was founded with all age groups in mind, but Etienne soon realized that her biggest customer base was among mothers with teen or pre-teen aged daughters. It was this age group, she said, that had a hard time not only talking about periods, but helping their daughters adjust to the transition.

“It was always, ‘my daughter can’t go to camp [because of her period]; or, we’re going on vacation; my daughter is going back to school. My daughter is a cheerleader,'” Etienne said. “I realized that all of these moms had the same problem that my daughter had when she was younger.”

Etienne can remember taking her own daughter to swim meets as a pre-teen and hearing other mothers frustrated with their daughters for not knowing how to use a tampon — which meant they couldn’t compete.

“As moms, that’s the only thing we cannot do,” she said. “We cannot go and assist our daughter with putting a tampon in.”

That’s why, two months after launching the underwear line, Etienne introduced swimwear. Today, Ruby Love sells period-proof underwear, swimwear, activewear and loungewear for both women and teens, in addition to accessories like reusable double-sided pads and the “First Period Kit.” And unlike its competitors, Ruby Love sells leak-proof boxer briefs for men, many of which are sold out online.

Now the company is in growth mode.

The Craftory, a consumer-centric venture capital fund, worth about $300 million, has invested $15 million into the New York-based start-up in a Series A round of funding.

“A technological breakthrough in this space was long overdue and brands like Ruby Love, led by inspiring entrepreneurs like Crystal [Etienne], are essential for the development of a more open, progressive society,” Olivia Cramer of The Craftory, said in a statement.

Etienne said she plans to use the extra funds to expand her staff to around 50 people by the end of the year, double the number she has now.

There will also be some new products, what Etienne calls “an offset of the brand,” coming to market this fall, although the ceo is tight-lipped about the details. Products are available on Rubylove.com and range from about $18 for a pair of panties to around $90 for a one-piece bathing suit. Etienne said she is also considering wholesale distribution and partnerships in the future.