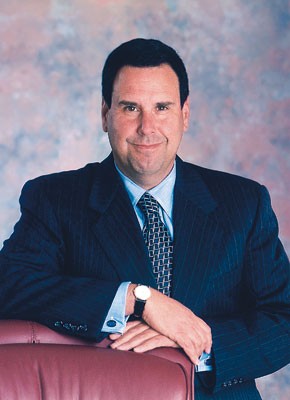 NEW YORK — Saks Inc. is out to make sure the aspirational consumer sticks around despite the economic malaise.

The luxury retailer on Tuesday reported a 66 percent jump in first-quarter earnings to $18.3 million, or 13 cents a share, but aggressive promotions dented profit margins as the retailer responded to the hyper-promotional retail atmosphere in which even the most affluent shoppers responded to the siren call of discounts. As a result, Saks is being cautious while at the same time remaining aggressive about product development, with a major push in the bridge category, and marketing initiatives.

“The high-end consumer continues to be healthy, and they’re also liking a deal if they can get one,” chairman and chief executive officer Stephen I. Sadove said. “The aspirational customer is having a little bit of a harder time. We’re seeing more pressure in the ‘good’ and ‘best’ categories. The consumer is operating as if we’re in a recession, whether we technically are or not.”

The heightened promotional agenda, prompted by a desire to clear inventory and compete effectively with other stores, included a more extensive Friends & Family event and the acceleration of a spring season clearance sale into the last week of April this year from the first week of May last year.

The impact of the promotional activity was a 320 basis point decline in the gross margin rate, with about 175 basis points of the deterioration attributed to clearance markdowns moved into the first quarter. The fall in gross margins resulted in a 30 percent decline in operating income (excluding prior year certain items) to $40.1 million for the quarter.

Saks’ Sadove drove home several themes in discussing the results, including that the retailer will stay the course when it comes to luxury; reinvent the bridge area, which will include the reintroduction of the Real Clothes private label collection with a new moniker and styling, and rename and rebrand its Off-5th stores.

“We remain optimistic for the luxury channel and Saks Fifth Avenue in particular,” Sadove said. “Staying the course with merchandise, marketing and execution of plans will deliver an 8 percent margin growth over time,” which the ceo has set as a long-term goal for the retailer.

Saks’ performance is tied to confidence and stability in the stock market. “We’re feeling better about some of the stability we’re seeing now [rather] than earlier in the year,” Sadove said. “We’re seeing more strength out of higher-end customers. They purchase at a higher rate than the entry-price customer. Jewelry is one of our higher growth categories and we’re seeing much more growth at higher price points of jewelry than at entry price points.”

Luxury consumers aren’t trading down, he stressed, but are cutting back and looking for deals wherever they can find them. At the same time, aspirational customers — which have been a key driver of growth in the luxury arena over the last decade — are being squeezed more than ever by the economy. It’s this customer Saks is working hard to maintain, a key focus for its relaunch of the bridge area.

Reinventing bridge in stores will include a new merchandise mix and look for the department that could be as splashy as Saks’ high profile launch of the 10022-Shoe department. “Bridge globally hasn’t been doing well for a long time,” Sadove said. “We’re working with a number of vendors. We have an opportunity with what’s going on with the [former Liz] Claiborne brands” such as Ellen Tracy and Dana Buchman.

Branding will be part of the bridge reinvention, Sadove said, adding, “You’ll see a total package, like [10022-]Shoe. It’s about the product and the visual treatment.” Real Clothes, which did about $60 million in revenue at the height of its popularity, is part of the overall bridge strategy. “It’s gone down to almost nothing,” Ron Frasch, president and chief merchandising officer, said about the private label brand. “At best, it’s going to be in the midsingle digits, perhaps a little higher. It’s not going to be a department store number.”

“Don’t assume the product that’s going to be called Real Clothes will be the product that was discontinued five years ago,” stressed Sadove, adding there “may be a twist in the name. It will be much more casual, easygoing weekend fare, but it won’t be basic. It’s all about a customer who likes stylized, contemporized clothing, but may not fit into it. She may need a fit that’s more like Dana Buchman and Ellen Tracy. We have other manufacturers that will be filling these needs and catering to the shopper who wants a brand like Lafayette 148 that’s not loose fitting, but not tight like Juicy Couture.”

“The issue is much greater than Real Clothes,” Frasch said. “It’s the whole bridge zone, which we’re working diligently to reinvent. Our goal is to service the customer we have and continue to expand our client base.”

Saks seems intent on growing its consumer base in the middle price tier and below; there’s a limited universe of affluent shoppers and Sadove admitted they are trading down. “The consumer today isn’t just buying in a narrow set of outlets,” he said. “She’s buying in specialty stores, monobrand stores, and some, frankly, are buying at Target. People will wear a very high-end designer [jacket] and buy a blouse at H&M. I think people are buying apparel at Target.”

To wit, Saks is pricing accordingly. “The pricing of European goods has shown a gradual increase,” said Frasch. “This spring it was more than a gradual increase. Some is based on the euro. Vendors have been very good until now about absorbing it, but they can’t absorb as much as before. We’ve tried to edit our buys because there’s a ceiling in terms of what people will pay. We tried to be cautious for fall.”

Frasch said the increases range from 6 to 7 percent, up to the high teens in the worst case scenario.

Both Saks Direct and Off 5th posted outsized sales growth in the quarter. Revenues at Saks Direct grew by 40 percent for the first quarter on top of last year’s 50 percent first-quarter growth, Sadove said.

Off 5th is being rebranded with a new name — Saks Off 5th — to more closely link it to the flagship operation. When the chain was launched, the idea was to downplay the relationship between the full-price and off-price stores so as not to alienate affluent shoppers. Now that luxury customers are looking for bargains too “we’ve started to use the Saks Fifth Avenue brand name more aggressively,” Sadove said. “We’re using the Saks name for private label products, such as Folio or other names. We’re seeing more traffic as a result of new signage and we’re rolling it out. Our merchandise selections continue to improve with more direct purchases from core vendors and additional Saks Fifth Avenue private label product.”

A new Saks Off 5th prototype store opened in Orlando, Fla., in April and Sadove said “it has been extremely well received by our customers.”

Sadove said Saks will remain competitive as other retailers take markdowns “but it’s not just about price. That’s just a piece of the equation. Ideas like 10022-Shoe, having the right products and improved service and clienteling over the long term are what will drive sales.”