The luxury chain, struggling for years and dogged by speculation that it's destined to be sold, posted huge declines in operating income Wednesday. 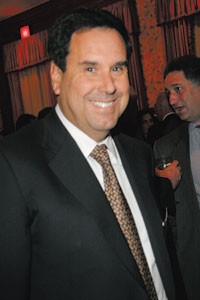 NEW YORK — Will Saks Fifth Avenue ever be righted?

The luxury chain, struggling for years and dogged by speculation that it’s destined to be sold, posted huge declines in operating income Wednesday, which dragged its parent, Saks Inc., to a $2.2 million loss in the fourth quarter ended Jan. 28. This compares with net income of $96.6 million in the year-ago period.

At the core SFA division, fourth-quarter operating income totaled $7.6 million, a $50.4 million decline from the prior year. Sales totaled $802 million, versus $839.9 million a year ago, and comps increased 1.4 percent.

While Stephen Sadove, the new chief executive officer of both Saks Inc. and Saks Fifth Avenue, admitted the fourth-quarter numbers were “unacceptable,” he outlined some of the key planks in his vision for turning around the chain. They include:

But Saks has to act fast since the competition is moving more onto its turf. Nordstrom, Neiman Marcus, Barneys New York and Bloomingdale’s are all expanding and pumping up contemporary and designer offerings.

SFA’s once top-heavy management structure has been streamlined and Sadove is clearly in charge. Though largely known as a strategist rather than a merchant, he’s gone head first into Saks’ difficult day-to-day operations, working with merchants, stores and planners, attending fashion shows and attempting to get people from different functions aligned with the ultimate goal of getting the inventories right at the Saks stores. Most important, his mission is to clarify the brand identity to the world and determine where Saks should play on the competitive landscape. In an interview, he said he’s largely involved in resource allocations, strategy, positioning and improving communications across functions. “I’m not involved in merchant decisions.”

Sadove also said Saks should target the consumer who shops Neiman’s as well as Bloomingdale’s and Nordstrom, whether that’s a “Park Avenue” woman or a SoHo type.

“As a company, we have talked a lot about a younger target audience and moving the franchise younger,” Sadove said. “It’s important to go after a younger customer, but it’s also important to build the core franchise, which is the 35- to 50-year-old. That represents over 40 percent of the franchise volume. Twenty-five- to 34-year-olds represent about 17 percent of the volume. In some ways, we moved away from our core customer. With 35- to 50-year-olds, the sizing and sensibility is a little different. We have to make sure we understand the core customer, and their lifestyle, whether it’s a Park Avenue, classic customer or an advanced customer. We have to understand [their shopping patterns] store by store.”

To that end, he said the company is beefing up its planning system, though “80 percent is about process, 20 percent is about the technology,” he said. “It’s about getting planners working with stores and merchants. We haven’t had the [right] degree of linkage between buyers and stores, with planners playing an integral role.”

Asked what Saks should stand for, Sadove replied that it should offer “high-end and accessible luxury, competing with Neiman Marcus at the very high end, but with a broader audience to also compete with Bloomingdale’s and Nordstrom.” That’s a zone where Saks has a “substantial” stake, he added. “We want our organization to understand that luxury can be at multiple price points…We are using the themes of good, better, best.” Sadove also stressed the company must know what mix is appropriate for each door and how it should vary, though each unit should have a “core matrix” of merchandise.

And from Wednesday’s lengthy and heavily detailed financial release, it’s clear Saks must improve on several fronts. But the quarter included net after-tax charges of $56.3 million, or 42 cents, primarily related to good will and other asset impairments from sell-offs and closings.

The company also declared a big special cash dividend of $4 per common share, effective immediately following the sale of its northern department store group to Bon-Ton Stores Inc. for $1.1 billion, which is expected to close by March 13. Last July, the southern department store group was sold to Belk Inc. for approximately $623 million. The dividend payout is expected to amount to $550 million.

The announcement of the dividend, which would be payable on May 1 to shareholders of record as of April 14, perked up the stock. In heavy trading Wednesday, Saks shares ranged from $18.45 to $19.82 before closing up 3.7 percent at $19.60.

Saks operates 55 department stores; 50 Off 5th outlets; saks.com.; the 40-unit Parisian chain, which is up for sale; the 57-unit Club Libby Lu specialty chain, and the recently sold northern department store group. In the quarter, the department store group, which includes Libby Lu and Parisian, had $119.4 million in operating income versus $124.5 million the year before. For the year, operating income totaled $155.2 million, down from $160.9 million. Fourth-quarter comp sales rose 2.4 percent and for the year were up just 0.6 percent.

It’s clear, however, that Sadove’s main focus is on Saks Fifth Avenue, which has a flagship that accounts for 20 percent of chain revenues and which had a “solid increase for the quarter and the year.”

Nevertheless, the luxury chain overall has been grappling with weak sales, excessive markdowns, severances and legal costs related to internal investigations, which are completed, and ongoing government investigations into certain chargeback and accounting practices. Also marketing costs at SFA, including promoting special events such as Wild About Cashmere last fall, which customers weren’t wild about, were also higher than normal. The maelstrom prompted a management shake-up in January. SFA ceo Fred Wilson left and Sadove stepped up. At the same time, R. Brad Martin stepped down as Saks Inc. ceo, another role Sadove has assumed, though Martin continues as chairman.

Sadove bluntly stated in the company’s announcement on the results that the quarterly comp gain was “substantially below our expectation of a mid-single-digit increase. Consequently, in order to balance inventories by year-end, we took significant markdowns and accelerated two major clearance events. In addition, gross margin was negatively affected by a decline in year-over-year markdown support received from vendors. SG&A dollars declined modestly during the quarter.”

But Sadove added, “I believe we have initiated the necessary management, organizational and process changes to substantially improve the future operating performance. I will be directly involved in the day-to-day operations of this business going forward.”

The firm plans to spend $60 million for expanding and remodeling Saks stores and $15 million for such projects at Parisian.

“We like the growth prospects and competitive dynamics of the luxury sector,” Sadove said. “We believe we can close the gap in operating margins with our peer group over time. Our three- to four-year operating goal for this business is 8 percent,” he said in his statement. Later in a conference call, he said the nation’s luxury sector was moderating but still healthy.

He projected SFA revenues in 2007 of about $3 billion, though he noted that forecasting this year is difficult due to all the expected changes in the business. Eventually, Saks Inc. will be composed of just Saks Fifth Avenue Enterprises, which includes the Saks chain, the Off 5th outlets, saks.com and Saks Direct. One lift will be from the New Orleans store, which was ravaged by Hurricane Katrina and is expected to reopen in November, Sadove said. The store had exceeded $50 million in annual sales and its closing will result in about half that amount in lost revenues.

During the year, five underperforming stores were closed — two SFAs, two Off-Fifths and one Parisian. Three additional Saks Fifth Avenue stores will close at dates to be determined.

The firm plans to open Parisians in Birm­ingham, Ala.; Little Rock, Ark.; Detroit, and Rogers, Ark., this year and next.

“This isn’t going to be a story about closing or opening a lot of stores. We may open or close a few stores over time,” said Sadove, adding that Saks stores are physically “in great shape.”