The devastating megastorm destroyed properties and caused angst among retailers and suppliers heading into the crucial holiday selling season. 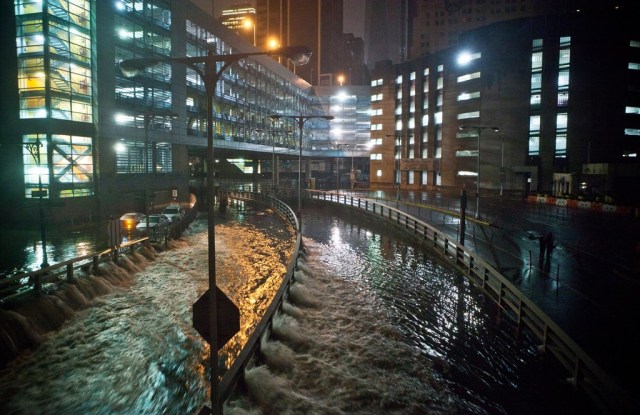 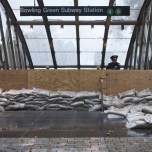 For many residents of New York, New Jersey and the surrounding areas, there was life before Hurricane Sandy, and then, there’s life after. Dubbed the “superstorm,” Sandy blew through the Northeast at the end of October, leaving massive flooding on the coastline, power outages that lasted for days — in some cases weeks — and damage so severe that freestanding houses and businesses were reduced to rubble.

No one predicted the gravity of the storm or how it would impact the region. New York Gov. Andrew Cuomo, estimating damage at more than $40 billion, asked Congress for billions in aid. With a toehold in New York City, the fashion industry felt the impact in ways that extended beyond simple store closures. Orders were delayed, showroom appointments canceled and offices were closed, sometimes for days, as industry hands worked to cobble their way back to normalcy.

With the all-important holiday season and Black Friday looming, many retailers reopened as soon as possible, but consumers, many of whom were dealing with Sandy’s aftermath, kept their dollars for home repairs and necessary supplies.

What resulted was an inventory build-up and price markdowns, as stores worked to clear the shelves for new deliveries. Dismal November comparable-store sales, which encompassed the start of Sandy’s wrath on Oct. 28, reflected the spending clawback, as monthly sales rose 1.7 percent, much less than the 4.5 percent to 5.5 percent expected by experts.

“Despite the largest-volume Thanksgiving weekend in our company’s history, we were not able to overcome the weak start to the month, which included the disruption of Hurricane Sandy,” said Terry J. Lundgren, Macy’s chairman, president and chief executive officer. “Yet we remain on track to deliver a very strong sales performance in the fourth quarter.”

Macy’s finished November with a 0.7 percent decline in comparable-store sales, below the 1.5 percent advance estimated by analysts.

Saks Inc. lowered its sales forecast for the fourth quarter, citing Sandy’s impact. Noting that many stores were in the path of the storm’s epicenter, Stephen I. Sadove, chairman and ceo, said, “As much as 55 percent of our business was affected. New York alone is 20 percent. In the Northeast, we saw a substantial drop on the Internet,” because people did not have electricity.

Analysts weren’t completely convinced that the results could be squarely blamed on Sandy, as many of the companies blaming the storm didn’t even have a broad store base in the hardest-hit regions. For example, only about 7 percent of Nordstrom’s 238-store fleet was based in the Tristate area, experts noted.

“A lot of people are blaming Sandy, but natural or unnatural events don’t destroy demand. It displaces it,” Craig Johnson, president of Customer Growth Partners, said.

He added Sandy was merely a blip, and that it wouldn’t materially impact retailers. November was part of a larger trend that indicates a deceleration in spending.

“We’re in for a lackluster Christmas,” Johnson said, adding that holiday will likely be up 2.8 percent over last year, which is in line with 2007 levels of 2.5 percent growth.

Whether consumer spending is slowing naturally, or if Sandy’s damage is a catalyst for the pullback, analysts did acknowledge the storm’s effect on retail.

“I don’t think the impact of Sandy can be ignored,” said Matthew Rahn, a principal at A.T. Kearney’s retail practice. “The question is, did that impact holiday spending or did that delay it?”

That’s still an open question, and one that will unfold in the coming weeks. More long-term is whether there will be a spending boost from rebuilding efforts.

One thing is for certain: retailers will have to work their magic not only to clear out any excess inventory in advance of Christmas, but also to continue to keep the cash-strapped consumer coming back for more.