Even as the retailer struggled under the huge quarterly loss, shares shot up 18.7 percent as investors focused on turnaround plans. 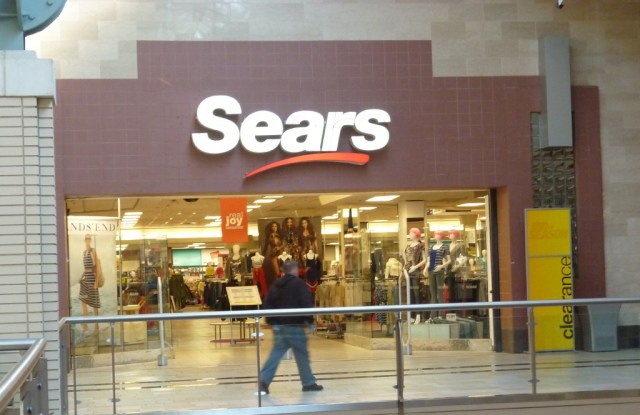 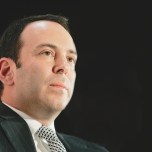 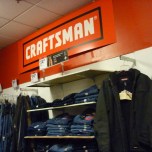 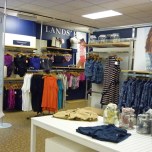 Sears Holdings Corp. on Thursday posted a staggering fourth-quarter loss of $2.4 billion — and chairman Edward S. Lampert made a $629.7 million profit in one day as the retailer’s shares soared.

Even as Sears struggled under the huge quarterly loss — and a sea of red ink in 2011 that totaled $3.14 billion, further stirring speculation as to whether it can survive — the retailer’s shares shot up 18.7 percent to close at $61.80 in over-the-counter trading. Investors focused on Sears’ turnaround plans, which include a spin-off of the Sears Hometown and Outlet businesses to raise between $400 million and $500 million, as well as the sale of 11 store sites to General Growth Properties for $270 million.

Lampert’s ESL Investments owns 61 percent of Sears, or 64.8 million shares based on 106.2 million shares outstanding as of Jan. 28, when fiscal year 2011 ended. Sears has seen a spate of bad news since Dec. 27, when it said it was closing 120 stores, stirring questions over whether it would continue to receive trade financing support from factors. But the bad news has been good news for the retailer’s stock. Shares of Sears closed 2011 at $31.78, and have since jumped 94.5 percent to Thursday’s closing price. In that time, there’s also been widespread speculation that Lampert is in discussions with potential investors that could involve taking the company private.

Investors might be exuberant about Sears’ ability to unlock value due to its extensive asset holdings, but there’s still a lot of work ahead for the management team, even though executives — in what was a rare conference call to Wall Street — were giving their best pitch on what could be the core Sears and Kmart operations once the turnaround is completed, whenever that might be.

Lou D’Ambrosio, chief executive officer and president, noted on the call that the company is taking actions to improve performance, including cost and inventory reductions. He also discussed the focus on Sears’ Shop Your Way Rewards program, which the retailer said will provide more reasons for contact points with its customers through “integrated retail,” meaning in-store and online.

Ron Boire, chief merchant and president of the Sears and Kmart format, spoke of new launches at the two chains, such as in apparel, where Kmart has launched a new big men’s casual line as well as an updated men’s denim line. Both were developed by the design team in New York, Boire said.

Ratings agency Moody’s Investors Service said Thursday the plans for the spin-off and store site sales are “positive for the company’s liquidity profile,” but had no immediate impact on Sears’ B3 Corporate Family Rating or the negative rating outlook.

He pointed out that the company holds nearly $8 billion of domestic inventory, with most of the products in inventory already fully paid for. “Our vendors make a substantial profit on their relationship with Sears Holdings, in most cases dwarfing their credit exposure many times over,” he emphasized.

But until Sears shows it can actually execute on its plans, and provided there are no other hiccups along the way, there will continue to be an ongoing debate about whether the retail industry still needs either Sears or Kmart.

Jeff Edelman, director of retail and consumer advisory services at RSM McGladrey Inc. and a former retail analyst who covered Sears, said, “There is no reason for either to exist. Neither are destination points, although [they] provide market share opportunity for everyone else.” He noted that the ongoing management changes have taken their toll in confusing the consumer, and that while the “smartest move I have seen has been licensing the Craftsman, DieHard and Kenmore brands, unfortunately as that merchandise is sold elsewhere, there will be less reason to go to Sears.”

According to Tom Bernthal, ceo and co-founder of marketing consultancy firm Kelton Research, the key question centers on whether Sears and Kmart can break from their downward cycles. “They have lower revenues, so they close stores and focus on the best boxes. That means lower revenues for the company overall, [which] means less money to modernize and innovate, and the downward spiral continues.”

Bernthal said for a turnaround to occur at Sears, the company needs to invest any savings immediately in the stores that remain, and Sears has to find a niche. “Once you have a smaller, more manageable footprint, a niche that gives you purpose and the courage to spend and take a few risks, you get to see whether your vision can become a reality,” he said. As for Kmart, the marketing expert said it needs unique merchandise and a great shopping experience, both of which are currently lacking, and “I think [that’s] what will potentially kill it.”

Nicholas Graham, ceo of marketing agency Fresh Happy People, and founder of the Joe Boxer brand that’s sold at Kmart, said, “Kmart should exist only if it has a strong message that differentiates it in the market….Kmart needs to create an identity that is transformative to the consumers’ lifestyle in ways that the other retailers haven’t.”

Margaret Bogenrief, partner at boutique crisis management firm ACM Partners, said that Sears has a chance to turn around if it focuses on its roots as a “specialized retailer catering to both men and families [which would correct] the current issue Sears has right now: attempting to be a jack-of-all trades, master of none in a retail world where customers can always easily go somewhere else.”

One financial source, who requested anonymity, said: “I think it is going to be hard to turn Sears around. Transformation takes talent, capital and time. If you comp-store negative into perpetuity, you will go out of business, but the store is far away from bankruptcy because of the current equity valuation [$3.1 billion, with a $7.1 billion enterprise value] and the absolute revenue dollars remain significant. And while bankruptcy lets you get out of leases and restructure debt, the benefits of a bankruptcy are still limited. Sears needs to empower a ceo to really change the current product offering, especially on the soft goods side.”

A Seventh Avenue source cited some improvement in recent seasons in the merchandising of private brands such as Apostrophe and Canyon River Blues, though the French Connection program has reportedly not been successful. The Kardashian line did give Sears a sales pop, though it hasn’t really been bringing in new customers.