By Molly Prior and Pete Born on January 14, 2010
View Slideshow 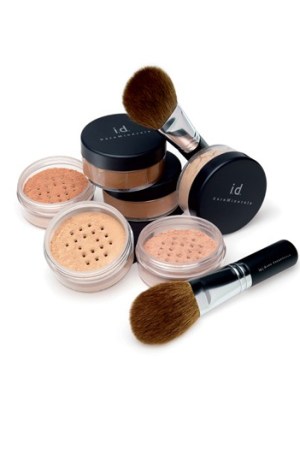 In a bold step, Japanese cosmetics giant Shiseido Co. Ltd. has launched an estimated $1.7 billion tender offer to acquire Bare Escentuals Inc., one of the hottest brands of recent years.

Under the terms of the tender offer, which is scheduled to start in 10 days, Shiseido plans to buy shares for $18.20 each, a 40.8 percent premium over Bare Escentuals’ average stock price during the last three months, and a 39.9 percent premium over the closing price Wednesday. Once the majority of stock is tendered, Shiseido said it would buy the remaining shares for the same price, $18.20, in a second-step merger. The offer was made through Shiseido’s U.S. affiliate.

Shiseido said the Bare Escentuals board will back the offer. Among the shareholders, Berkshire Partners LLC and certain affiliates, which hold about 16 percent of outstanding common stock, have agreed to the deal. In addition, Bare Escentuals chief executive officer Leslie Blodgett, who holds 6 percent of the firm, would exchange 40 percent of her stake in exchange for an undisclosed interest in Shiseido.

The acquisition would be operated as a separate division of Shiseido and its business would be managed by the current roster of executives, led by Blodgett, who is expected to report to Tokyo headquarters.

The deal is predicated on combining the strength of Shiseido’s global distribution reach, particularly in Asia, and its prowess in research and development with Bare Escentuals’ dominance in the still-hot mineral makeup trend and its expertise in marketing across all retail channels.

“This acquisition further enables Shiseido to move toward our goal of becoming a global player representing Asia, with its origins in Japan,” said Shinzo Maeda, president and ceo of Shiseido. “We have known and admired Bare Escentuals’ excellent team and their achievements for a long time, and look forward to their contribution to our combined group. The operational fit and future growth prospects make this an excellent transaction for our customers, employees and shareholders.”

“I couldn’t be more pleased to be joining forces with the team at Shiseido….Together with Shiseido, we look forward to bringing our mineral-based beauty products to even more women worldwide,” Blodgett said.

Bare Escentuals has been at the forefront of the distribution in the U.S. beauty revolution, combining midmarket specialty store chains such as Sephora and Ulta with a strong TV shopping component and a department store anchor. It also operates its own stand-alone boutiques.

The acquisition is expected to widen Shiseido’s customer base and extend its product reach into mineral cosmetics, giving Shiseido a foothold in Bare Escentuals’ key channels, including TV retailing and the Internet. It is also expected to strengthen Shiseido’s presence in Europe and Asia. In addition, the deal would provide the makeup brand with greater access to Japan, as well as other fast-growing Asian markets, such as China. Bare Escentuals is the number-one makeup brand on QVC U.S. and Japan, according to the company.

Shiseido is likely to offer Bare Escentuals a platform to broaden its product assortment beyond mineral makeup and foundation in a more meaningful way. One of the challenges facing the fast-growing company is the need to move beyond its breakthrough mineral franchise. Blodgett has often been asked by analysts what the company’s next innovation will be after mineral foundations. Recently, she said the company is working on creating new brands. To that end, the company has spun off its Buxom plumping lip gloss into a stand-alone brand.

But a small percentage of the company’s current customers use its lip and eye products: 37 and 22 percent, respectively, according to the firm’s investor presentation in November. One of it latest strategic initiatives last year was an aggressive product sampling program to entice customers to try its color cosmetics. The company plans to keep pace with that effort this year.

One of Bare Escentuals’ greatest assets is widely seen as its ceo. Blodgett shuns the button-down, corporate approach of many of her peers. She also drives the creative direction of the company, including its upcoming, irreverent ad campaign “Rethink What Matters.” Her humor resonates throughout the company. Case in point: An opening slide to a recent investor presentation read, “Going Bare. We do not live by the rules. We have our own.”

In June, during a Q&A hosted by Cosmetic Executive Women, Blodgett was asked how the firm would succeed in her absence. She said Bare Escentuals’ success in Japan and throughout Europe — where she is not as well known and adored by customers — was evidence that the brand’s heartbeat was not tied strictly to her.

Blodgett’s management style contrasts with the stoic and pragmatic approach of Shiseido.

Almost 40 percent of Shiseido’s 2009 sales were generated overseas — it is in 70 countries — including in China, where Shiseido counts itself as one of the top three brands there and elsewhere in Asia.

In 2008, Shiseido kicked off a major plan to make it a global player. A tough price war in Japan, where Shiseido positions its product in the midmarket, spelled faltering fortunes. Asia Oceania was the best performer overseas, with sales up 7 percent. In China, Shiseido has a strong showing and anticipates continued growth. It plans to reinforce its makeup lines for department stores there, and expand its specialty store network for cosmetics in China.