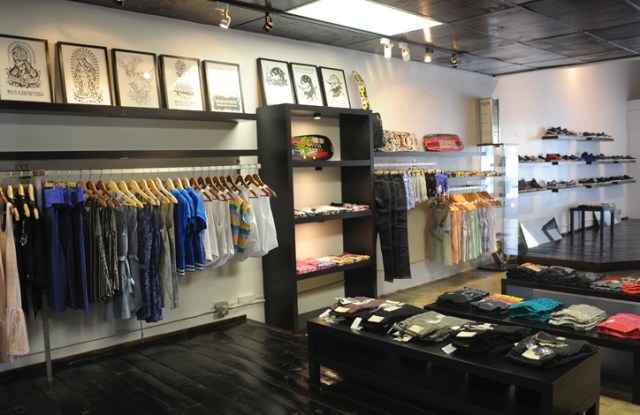 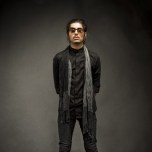 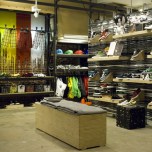 Skateboarders are used to pushing the limits with acrobatic stunts; now they can be adventurous in their fashion choices.

This story first appeared in the September 2, 2009 issue of WWD. Subscribe Today.

From Nike and Sport Chalet to DC Shoes and Vans, men’s skate brands are extending their retail reach and launching new clothing lines.

Nike Inc., the world’s largest athletic apparel and footwear company, unveiled a 3,400-square-foot shop in Laguna Beach, Calif., in July to highlight its four action sports brands: Nike 6.0, Nike SB, Hurley and Converse. In an airy loft with exposed brick walls and rusted steel beams, shoppers customize boardshorts, try on sneakers while sitting on blanket-cushioned wood boxes, and also snap up art books, collectible toys and jeans, among other merchandise. It’s an art-in-action concept the Beaverton, Ore.-based company may expand to other cities, a spokesman said.

Brooklyn Projects took advantage of falling rents and rising interest in skating to open its third shop in Pasadena, Calif., last month. Converse, the Nike-owned shoe brand best known for its canvas high-tops, plans to offer T-shirts and baseball caps for skater boys next fall. And DC Shoes is capitalizing on the popularity of Rob Dyrdek, one of the pro skaters it sponsors, with a holiday collaboration of water-print Ts, baby-blue striped sneakers and leather jackets, all retailing from $28 to $490.

Skate shops seem to be more resilient than their surf counterparts during the recession. A study commissioned by Surf Industry Manufacturers Association, an Aliso Viejo, Calif.-based trade group, said skate-focused stores tallied sales of $2.85 billion last year, which was the same as in 2006, the last time the report was issued. Surf-focused shops, however, posted a 6.8 percent decrease in sales to $2.47 billion in the same period. In those two years, 156 surf doors shuttered, resulting in 7.4 percent fewer stores.

The skate sector has “been one of the highlights in this very slow economy,” said Paul Smedley, senior merchant of apparel at La Canada, Calif.-based Sport Chalet.

Sport Chalet reported a double-digit increase in sales at its skate-centric shop-in-shop, Project Fifty Nine, which is in five of its 18 stores across the West. Double-digit growth is also giving a boost to Vans as it solidifies its strength in skatewear.

Despite seeing fewer wholesale accounts because of the economic downturn, Luciano Mor, category director for men’s apparel at Vans, a Cypress, Calif.-based subsidiary of VF Corp., said skate has been a bright spot.

To be sure, the skate sector hasn’t been immune from cutbacks. In a move to trim costs, Quiksilver eliminated about 10 percent of the positions at subsidiary DC Shoes in August, after layoffs at the flagship brand and Roxy.

But unlike surfing, which requires proximity to the beach and optimal water conditions, skateboarding is accessible to a larger and diverse group.

For many fans, it’s all about the stunts, and couch potatoes can live vicariously through daredevil TV shows such as “Rob Dyrdek’s Fantasy Factory,” “Nitro Circus” and around-the-clock footage on action sports network Fuel TV. High-stakes competitions — the Dew Tour and Maloof Money Cup, for instance — also pump skaters’ adrenaline as athletes compete for as much as $100,000 in prizes.

“A lot of kids are into it because it’s cool,” said Lee Smith, a former pro skater who now works at Diamond Supply Co., an 11-year-old skateboard hardware firm that sells its diamond-logoed hats, belts, wallets and T-shirts mostly to nonskaters.

The action sport has been picking up fans of varied ethnicity, Smith said, adding that more African-American youths are skateboarding. “It’s a way to stay out of trouble,” he said.

For many of the kids who don’t skateboard, fashions are the lure.

“Skateboarding has never been more of a kaleidoscope of fashion,” said pro skater Reese Forbes.

Forbes, 33, with a 14-year career as a pro, helped Quiksilver create jeans engineered for enthusiasts who take a beating when they fall. With fast-drying Coolmax fabric, reinforced back hems and bar tacks, and rubber-coated buttons and rivets to help avoid snagging and skin punctures, the jeans sell for $75 at retail.

“For a lot of guys now that jump down stairs and rails, it’s kind of like miniature armor that you have on you,” he said. “People do rip through [jeans] and blow out because you’re falling.”

At the X Games in Los Angeles from July 30 to Aug. 3, the pros and their fans donned the standard skater uniform: cap, T-shirt, jeans and sneakers. Nick Dompierre, a 23-year-old skater on DC Shoes’ team, gave a personal touch to his outfit by lopping off his skinny black jeans right below the knee for the street competition (placing fifth behind Nike’s Paul Rodriguez).

Often, team skaters like Dompierre serve as Pied Pipers, drawing youths to brands — whether they skate or not — and imparting authenticity. These athletes receive free clothes from the apparel companies, and, if they’ve reached a certain level, a salary and role in the ad campaigns.

“They’re the models for your brand,” said Mike Stanfield, skate team manager at Ezekiel in Irvine, Calif. “You pick them for longevity. You pick someone who can grow with the brand, who you can see working with, someone who is unique in their own way with our brand.”

Several pro skaters have started their own clothing businesses. Keith Hufnagel opened his store, Huf, in San Francisco in 2002 and followed with a Los Angeles location six years later. A sneaker he created with Adidas is sold at Colette in Paris.

“Our clothing retails a bit higher than your average core skate brand, but our apparel winds up appealing to a broader spectrum of people,” he said. “We definitely take function into consideration, so you can skate in nearly anything we make, but you can wear what we make in a variety of elements outside of skating.”

The need to refresh wardrobes helps drive sales in the skate category at Nine Star, a Mission Viejo, Calif.-based board sport retailer that has a second location in Los Angeles. The skate market is outpacing the performance of the surf sector, said John Lohnas, director of buying and merchandising at Nine Star.

As shoppers pay more attention to prices than they did a year ago, fresh fashion is driving sales in the skate market. With the growing influence of street brands such as Obey, LRG and Stussy on the men’s skate market, “It’s steered away from less risky fashion,” Lohnas said.

LRG is returning to its skateboarding roots as it marks its 10-year anniversary. In addition to releasing its first full-length skate video — titled “Where’s My Money, Chico?” — LRG is forging ahead with an initiative to shake up its men’s line, adding T-shirts, hoodies and skinny jeans that skateboarders like to wear. The Irvine, Calif.-based company also has been funneling more of its ad dollars to skate magazines, including Thrasher, Skateboard and Transworld Skateboarding, from lifestyle publications.

“A big percentage of our business is lifestyle, street and urban, and we really want to grow skateboarding,” said marketing director Albert Rosario.

As skateboarding crosses over to the mainstream, so does the styling. Comune, launched this fall by Frank Delgadillo, the founder of Ambiguous Clothing, is positioning itself in the hipster zone between the skate sector and contemporary sportswear market with wax-coated jeans and slim polkadot button-downs enlivened with trompe l’oeuil pocket handkerchiefs.

In addition to being picked up by skate shops such as Karmaloop, Active Ride Shop and The Closet, Comune found a home in boutiques such as American Rag Cie in Los Angeles, Inven.tory in New York and San Francisco’s Villains. Retail prices are less than $200.

“We’re just noticing a lot of influence in fashion is taken from skate,” said Julie Shumaker, marketing director at Comune in Costa Mesa, Calif. In the same way they attempt to defy gravity with their boards, the skaters push the boundaries with their outfits to create distinct looks. “That is influencing a whole new direction and progressing into the contemporary market,” she said.