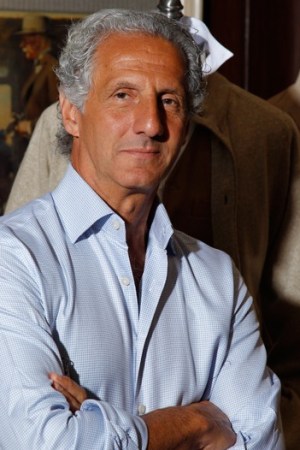 JA Apparel Corp. could have a buyer in the wings at last.

The owner of the Joseph Abboud and Joe by Joseph Abboud brands has been on the market since 2006 but is coming under closer scrutiny as potential buyers kick the tires, according to market and financial sources.

A high price tag and questions about the company’s factory in Boston are believed to be stumbling blocks to the making of a deal.

Launched in spring 1987 by designer Joseph Abboud, the company formed a joint venture with GFT in 1988 and was sold to a GFT affiliate for $65.5 million in 2000. The trademarks were in turn sold to an entity formed by private equity firm J.W. Childs Associates in 2004 for $73 million less debt.

No longer involved with the company he founded, and now president and chief creative officer of SKNL-affiliated HMX, Abboud in 2006 considered buying back the firm.

Abboud declined comment on whether he’s taken a more recent look at the company, but said that he’s open to the idea of being reunited with the brand he founded, “provided there’s no conflict with what I am currently doing. It’ll be one more creative project [and] if it doesn’t happen, it doesn’t happen.”

After a lengthy legal dispute, a federal judge ruled last year that Abboud could use his name in the marketing and promotion of his more recent ventures but set limits to protect JA’s ownership of the trademarks.

Abboud said men’s sales have held up during the past two years of economic malaise, in part because of men who suddenly needed an interview wardrobe or younger customers who are discovering tailored apparel for the first time, albeit in a modern and leaner silhouette. Newer fabrications, such as the raw cashmere that HMX created with Loro Piana, have helped the trend.

Representatives at J.W. Childs declined to comment on the speculation regarding a potential buyer.