Stores overcame a slow start and most ended the month with decent gains as promotions and summery weather helped stoke consumer interest. 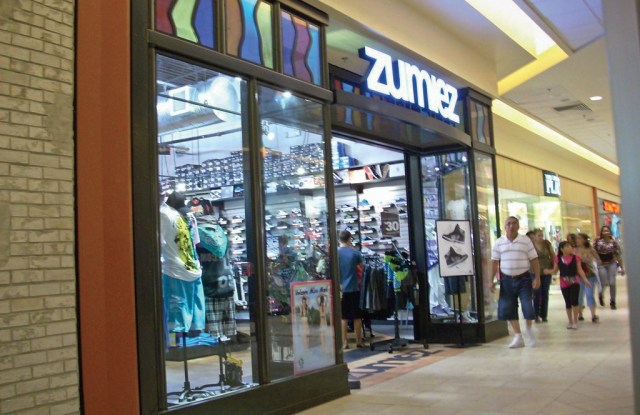 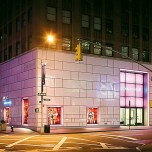 While June comp results were mixed among reporting retailers, there was certainly no swoon.

This story first appeared in the July 12, 2013 issue of WWD. Subscribe Today.

Stores overcame a slow start and most ended the month with decent gains as promotions and summery weather helped stoke consumer interest.

Thomson Reuters put the gain among reporting retailers at 4.8 percent, above the 3.6 percent advance expected by analysts.

Among the small base of companies still reporting sales results monthly, the numbers received a lift late in the day when Gap Inc. reported its comparable sales — meaning those for stores open at least a year and those attributable to e-commerce — were up 7 percent, well above the 4.7 percent increase expected.

While the Gap and Banana Republic brands fell short of expectations, with a 5 percent increase and a 1 percent decrease, respectively, the corporate result benefited from an increase at the Old Navy brand that was more than twice the one expected — up 13 percent, versus a 5.4 percent forecast, for the single strongest result among reporting stores.

Old Navy’s powerful showing was consistent with a strong performance among retailers emphasizing value and showing solid promotional instincts during the month, according to David Bassuk, managing director of AlixPartners.

“Consumers are leaning towards the value side and rewarding retailers that are offering strong promotions,” he said. “There’s been a more consistent reward for value in recent months.”

He cautioned that the results needed to be interpreted with a number of factors in mind — the small size of the remaining comp sample, the absence of high-end and luxury players among the reporters and the general weakness of June 2012 results.

Although reluctant to include weather in his explanations for retail performance, Bassuk acknowledged that extreme heat and heavy rains may have helped draw shoppers to malls during the month.

“The comparisons get harder and the effect of back-to-school more significant as we get into July and August,” he said. “And you have to be mindful of those who still report, but this is certainly a good barometer as far as middle America goes. It’s a limited and short-term view, but the short-term view today is good news.”

Among the other value players sharing strong results were Costco Wholesale Corp., up 6 percent excluding fuel sales, and Stein Mart Inc., which posted a 6.5 percent comp increase to put its same-store increase for the second quarter to date at 7.3 percent. Both stores exceeded estimates for the month.

However, Richard Jaffe, analyst at Stifel Nicolaus, noted, “The comp decrease was primarily driven by lower clearance sales during the company’s semiannual sale event as VS entered the event with fewer clearance units than last year.”

Earlier this week, American Apparel Inc. reported a 7 percent increase in comparable sales for June, including a 5 percent gain in same-store sales.

The month was a bit harder for the two remaining teen retailers in the comp sample, one of which, Zumiez Inc., said it would withdraw from monthly reporting after sharing July results next month.

Zumiez booked a 1 percent comp increase, below the 2 percent expected, while The Buckle Inc. came closer to the mark, registering a 3.4 percent gain that was just 0.3 points below expectations.

“Overall, these data continue to paint an improving picture after a ‘softer’ first quarter — February to April — and are encouraging as we move into the second fiscal quarter of the year,” he said.

ICSC expects June comps to rise between 3 and 3.5 percent.