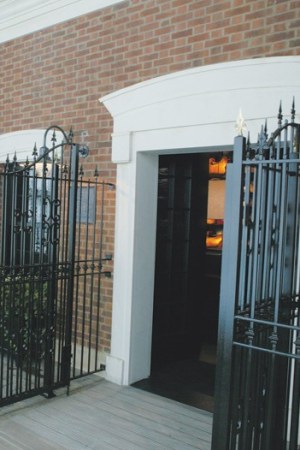 After more than a half-century of growth, the brakes are rapidly being applied to the overstoring of America.

New research from UBS Securities LLC predicts a 10 percent contraction in space devoted to specialty stores over the next several years, just as weaker malls face either extinction or an accelerated evolution.

“While some specialty retailers could pick up market share as others shutter stores, we expect the majority of the sales to never resurface given the poor quality of those lost sales and given a smaller consumer appetite,” wrote UBS equity analysts Roxanne Meyer, Brian Nagel and Neil Currie in a research report.

The UBS team predicted the reduction in specialty store square footage would be driven by the elimination of newer concepts, such as Abercrombie & Fitch Co.’s Ruehl and American Eagle Outfitters Inc.’s Martin + Osa; the shuttering of underperforming doors; cutbacks in average store size, and the closure of shopping centers. Executives at Abercrombie & Fitch and American Eagle continue to stand behind their respective Ruehl and Martin + Osa nameplates.

UBS worked up a list of the “bottom 300” shopping centers with more than 500,000 square feet and found the companies with the greatest exposure to those centers were Christopher & Banks Corp., 24 percent of its store base; Aéropostale Inc, 16 percent; Pacific Sunwear of California Inc., 15 percent, and American Eagle Outfitters, 15 percent.

Even if some close, experts said the mall still has a place in American life.

“Malls are going to remain relevant because they do a great job of picking the locations and, with the right tenant mix, they just generate a lot of traffic,” said Alan Shor, president and co-founder of The Retail Connection, a retail real estate services and investment firm.

Some malls draw 15 million to 20 million visitors annually, he said. That’s three to four times the annual visitors to the Grand Canyon, as well as a shot at huge profits.

But certain developers have become loaded with debt and properties they can’t sell as the real estate and credit markets have weakened.

Chicago-based General Growth Properties Inc., for one, borrowed heavily to amass its portfolio of more than 200 malls. A bankruptcy filing, voluntary or otherwise, remains a possibility for the firm, which began 2009 with $24.85 billion in total debt and has been wrangling for months with its banks and trying to spin off properties.

Generally, malls with sales of less than $300 a square foot are vulnerable to closure, while those bringing in more than $400 a square foot have a good chance of continuing without major reinvention, he said.

It is the midlevel malls with sales of $300 to $400 a square foot that are ripe for change. “That’s where you have a lot of moderate retail chains that are under a ton of pressure, and a number of those guys are going to go away — and who do you fill the void with?” Plenge said.

The possibilities range from discounters — once unheard of in malls but now relatively commonplace — to the more exotic, such as grocery stores, libraries, apartments and hotels.

“I think it’s time for experimentation,” said Richard Reep, an architect who has written about the future of the mall and worked with General Growth in considering mall-hotel hybrids.

“During times of prosperity, people stay with the tried and true,” he said. “They’re going to imitate something similar that works. That’s really the era from post-World War II, with a few bumps and grinds, up until last September.”

There are 100,104 shopping centers in the U.S., according to Costar Group Inc., and the International Council of Shopping Centers estimates there are about 1,200 enclosed malls.

“The problem is a functional obsolescence of some malls,” said Mez Birdie, director of retail services at NAI Realvest.

Some of the struggling malls were built between the late Sixties and the Eighties and have seen their customer demographics change as suburban shopping outposts found themselves engulfed in a more urban setting.

“Ten to 20 percent of all older malls today existing need to be repositioned,” Birdie said. “If you do have a larger anchor store — relocate, and you never had a food court or if you never had many small shop spaces, now is the time to reconfigure that.”