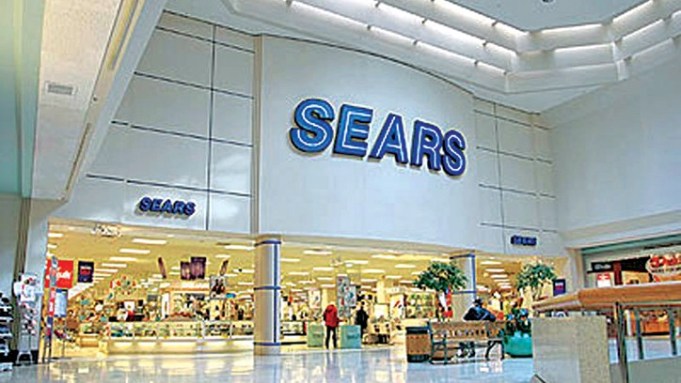 Consumers aren’t the only ones cutting back.

Retailers are reining in their spending — with most broadline players slashing millions from their budgets as they try to counter withering sales. Although some, such as Wal-Mart Stores Inc., continue to pump money into their businesses to grab market share, the majority are drastically slimming down within their business models.

And if consumer spending doesn’t bounce back, retailers will have to start making more drastic and ultimately transformational changes that could reshape the industry, said experts.

Sears Holdings Corp., Macy’s Inc., Dillard’s Inc., J.C. Penney Co., Saks Inc., Nordstrom Inc., and Target Corp. cut a collective $668 million in selling, general and administrative expenses in the first quarter, pushing their SG&A expense down 6.3 percent from a year earlier. That means fewer dollars supporting brands and driving foot traffic, the axing of information technology projects and cramped cross-country plane rides for executives who can’t afford to be seen in first or business class as they lay off workers.

“From travel to supplies to benefits to marketing to information technology, we’re leaving no stone unturned,” said Stephen I. Sadove, chairman and chief executive officer of Saks, which reduced first-quarter expenses by $44 million, more than it planned to cut for the whole year. “How we have always done it is irrelevant. We’re approaching every area of the business asking how should we do it going forward.”

Saks rival Neiman Marcus last week revealed plans to reduce expenses by $125 million a year. “Our team has done an excellent job of decreasing their spend,” said Burt Tansky, president and chief executive officer of Neiman Marcus. “We are undergoing a comprehensive process that we believe has been thoughtful and significant.”

About 60 percent of planned expense reductions already have been realized. Neiman’s cut $38 million from selling, general and administrative expenses in the most recent quarter versus its 2008 counterpart.

Sears, which has 3,900 doors under its namesake and Kmart brands and has been criticized in the last few years for not investing enough in its stores, is the industry’s most aggressive cost cutter. The firm surprised Wall Street with first-quarter earnings after it reduced advertising spending by $107 million and payroll and benefit expenses by $84 million.

Cuts are even being made in the off-price channel, despite the competitive advantage that comes from having a value orientation during the downturn. Earlier this year Stein Mart Inc. laid off 178 assistant managers, while the rest of its managerial staff took a 5 percent pay cut and store associates’ hours were cut by 17 percent. Like other retailers, the company stopped paying shareholders a dividend, eliminated its stock buyback plan and halted contributions to employees’ 401(k) retirement plans.

All of this feeds into a vicious economic cycle, where the slowdown in consumer spending prompts businesses to cut workers, increasing the ranks of the unemployed and further weakening spending. Department stores alone eliminated a total of 10,800 jobs in February, March and April, according to government statistics that adjust for seasonal variations in workforce. Last month, the department store channel actually added 4,500 positions, although specialty stores cut 3,300 jobs.

But to every cost-cutting trend, there are exceptions.

Wal-Mart and, to a lesser extent, Kohl’s Corp., actually spent more in the first quarter, investing in their businesses in hopes of grabbing market share while most of the competition is biding its time and many are slimming down their store portfolios.

Wal-Mart upped its operating, selling, general and administrative expenses by $386 million in the first quarter. That spending increase is almost exactly what Macy’s and Sears, the two biggest cost cutters, stripped away.

“This is still Wal-Mart’s game,” said Dean Hillier, consultant and a partner at A.T. Kearney. “They are definitely taking advantage of the circumstances. The market is certainly heading their way and it seems to be sticking somewhat. The others are in a tougher spot and therefore are having to do what they need to do to eke out their profitability.”

Retailers have tried to hide their newfound austerity from consumers by working on inventory controls and cutting corporate staff while attempting to maintain the shopping experience. But chains are now tiptoeing up to cost cuts and other changes that could change the character of the industry. Both Neiman’s and Saks, for instance, said their customers want to spend less while not switching to other brands, and the retailers are trying to accommodate them by urging brands to develop lower entry-level price points.

“If Saks were to go to a lower price-point item on the same brand, would that reduce the brand impact for Saks as a company?” wondered Hillier. “Retailers are pushed into a position now, quite frankly, where they have to take risks with their business. They’ve got to start placing strategic bets. This is a new reality that retailers are dealing with.”

The next cost-saving step for retailers would entail bigger, deeper cuts and strategic moves, such as the shuttering of whole divisions, he said. That’s already occurred for a number of specialty stores, and last month Abercrombie & Fitch Co. indicated it might join them, saying it was undertaking a strategic review of its fledgling Ruehl unit.

“Capacity is not coming out of the soft-lines space fast enough,” Credit Suisse said of the apparel specialty stores. “We believe many retailers in this group are now faced with structural issues, primarily that they have too many stores, and would expect a decrease in square footage in 2010 as retailers come to this realization.”

Chains wanting to save money need not look at just their own operations. They can also take new approaches with their suppliers.

The savings so far, as large as they’ve been, are just the tip of the iceberg, said David McTague, executive vice president of partnered brands at Liz Claiborne Inc.

“They haven’t even started yet; it should be in the billions of dollars,” McTague said at the company’s annual meeting.

Together, he said, retailers and vendors can move product more efficiently from factory to selling floor and better manage inventories.

The financial stress of the moment could help set new directions on both sides of the supply/retail divide.

“Hopefully it means that they’re open to a much more collaborative relationship,” McTague said. “It’s a zero-sum game. All of us are trying to move profit dollars. It’s forcing everyone to be a lot more creative.”

For now, though, major changes appear to be mostly in the future. The more immediate question is whether retailers are cutting wisely. And there’s plenty of room for error.

“Some retailers have cut too far because they’ve cut from the top down,” said Antony Karabus, ceo of Karabus Management, noting a 10 or 15 percent across-the-board cut will trim some areas too much and others not enough.

Spending varies across the industry, meaning each company will have to cut in its own way.

According to the Karabus SG&A Retail Benchmark study, which looked at spending across 68 chains for the fiscal year ended January 2008, merchandising expenses range from 0.8 percent to more than 3 percent of sales. Supply chain costs range anywhere from 1.2 percent to 3.5 percent of sales.

As retailers lay off workers, many are concentrating their regional field staffs; for instance, giving district managers more stores to oversee or eliminating a layer of management altogether, said Karabus.

For department stores the danger is an increasingly national stance when customers want local flavor and attention — which is what Macy’s Inc. is trying to prevent with its My Macy’s program.

“When you cut expenses as a department store, you’ve still got to make sure that you’re staying relevant to your local consumer,” Karabus said. “What you’re seeing with a number of chains is that they’re cutting significantly to become more national.”