It seems counterintuitive (from a Western-centric perspective), but a strong dollar is often bad for business — at least if you’re a U.S. company with business overseas. 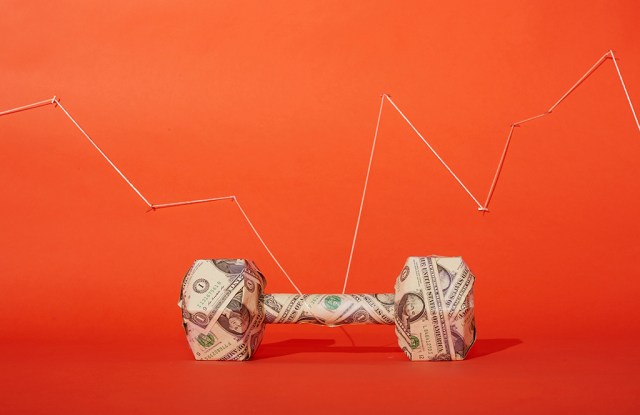 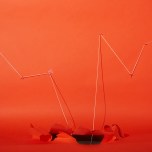 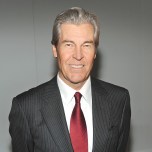 It seems counterintuitive (from a Western-centric perspective), but a strong dollar is often bad for business — at least if you’re a U.S. company with business overseas — or one dependent on foreign tourists buying your products in America. If you’re a consumer traveling and spending money abroad, or a company exporting to the U.S., a robust dollar against other currencies is a sweet deal.

And if you’re an investor in the retail and fashion apparel space, a strong dollar is one of the increasingly important metrics impacting stock algorithms — along with consumer confidence, retail sales, consumer expenditures, interest rates, fuel prices, credit and student loan debt, housing prices and inflation.

As retailers and vendors report their quarterly results, the strong dollar is increasingly a bugbear impacting profits — and one that is likely to hang around for the foreseeable future. Recent quarterly reports from Macy’s Inc., Ralph Lauren Corp., Gildan Activewear Inc. and Elizabeth Arden Inc. all mentioned the impact of currency translations. The impacts vary, and range from $2 million to $10 million — depending upon the size of the company. In its report earlier this month, Elizabeth Arden said its bottom line was saddled with $2.9 million of losses relating to currency translations.

These charges will continue, companies said. Jacki Nemerov, president and chief operating officer at Ralph Lauren, said in the quarterly report that “exchange and global consumer spending remain unpredictable, and we are planning our business accordingly.”

The company revised its outlook, and said for its fiscal fourth quarter, management “expects consolidated net revenues to increase at a midsingle-digit rate in constant currency. Based on current rates, the net negative impact from foreign currency translation is estimated at approximately 550 basis points.” For the full-year period, sales are expected to decline 200 basis points on currency issues alone.

Nor is it only U.S. firms feeling the stronger dollar’s squeeze. Burberry last week said if exchange rates remained as they are now, the firm’s retail and wholesale profits would be only 10 million pounds, or $15.6 million, higher than last year. The statement hit Burberry’s stock since the profit figure was 40 million pounds, or $62.3 million, lower than the guidance the company offered in April.

Combined with weak economic data in the U.S. (lower employment numbers and stagnant retail sales), the strong dollar has been one of the primary forces behind a 5 percent decline in the WWD Global Stock Tracker since early March. The only thing keeping the index from plunging lower is the European components, which have been rallying due to the robust dollar and weakness of the euro.

A strong dollar, though, and its negative impact on top- and bottom-line results is the woe du jour for many companies. Moreover, currency exchange fluctuations and the market volatility it creates are here to stay, say analysts and economists. Two weeks ago, for example, the dollar significantly weakened against the euro after a long bull run that began last July. Economists expect the dollar to bounce back as fears of deflation in the euro zone countries ease and governments there continue to force inflation up as a way to pump up the economy.

On that last note, policy makers at the European Central Bank were thrown into a tizzy by the euro bounce-back and reiterated to economists and the press that the bank is fully deploying its quantitative easing program, which involves gobbling up billions of debt — public and private — to fuel inflation and keep the euro weaker than it has been, according to IHS Global Insight chief economist Howard Archer in a research report last week.

“The weak euro has been a very important factor in boosting euro zone growth and inflation prospects,” Archer said in the report. “While the euro is still at a very competitive level, the more it rises, the more the downside risks to euro zone growth and inflation increase. By stressing that it remains committed to full QE implementation, the ECB is clearly looking to fuel inflation expectations in the euro zone, which are now rising. The ECB may well also see boosting market expectations of QE as a way of keeping a lid on the euro’s recent rally.”

Mark Tan, a financial analyst at Thrivent Financial, said the ECB’s actions “are already impacting the equity markets in Europe” and the euro declined against the dollar early last week on the policy maker’s reiteration of implementing its program. “There are no guarantees, though,” Tan said, adding that Japan has used similar tactics to force inflation and lower its currency, but it has not been sustainable in the long run.

Giuliano Iannaccone, partner at law firm Tarter Krinsky & Drogin, said in an interview that,“in regard to a strong dollar, there are positives and negatives. For foreign companies doing business in the U.S., there are clear advantages.” Iannaccone said exporters to the U.S. are lined up for some unique opportunities that didn’t exist before. The stronger dollar is allowing certain companies to expand, “at a time when the European domestic economy is not that good. So the strong dollar adds a lot of stability,” he said.

The positives also come with risks. Iannaccone cautioned against European companies entering into long-term agreements that could be impacted by currency exchange fluctuations. Materials costs are also affected by currency volatility so forecasting has to include mitigating risks in that regard.

John Paul DeJoria, cofounder and chief executive officer of Paul Mitchell and owner of The Patrón Spirits Company, said that the frequency of visitors to beauty salons by customers is a good overall economic indicator of current conditions as well as measuring the impact of currency fluctuations. “When times get rough people visit salons less frequently, but in Europe we’re seeing little of this,” he said, adding that as a supplier, the strong dollar is clearly impacting business. “As a result we have to adjust the prices to distributors to maintain cost consistency with the consumer. And yes, we absorb that cost.”

DeJoria said he expects the dollar-euro valuation dance to continue for some time. He’s seen it before, and said it comes in cycles — recalling when the euro was on par with the dollar, once briefly in 2000 and then again in 2002.

With a strong dollar, the industry has also been down this road before. During the late Eighties, for example, the dollar overpowered many currencies — especially European ones, said Andrew Nelson, U.S. chief economist for global real estate firm Colliers International. Nelson’s expertise is in the consumer and retail sector.

For his part, Nelson said the strength of the dollar and its “headwinds to exports will be more than offset by the domestic boost from lower prices, greater spending and more savings.” Nelson also said the “value of the dollar is not particularly high by historical standards and will likely not cause a significant impact on exports.”

Nelson said the dollar is “still well below levels reached in 2002 and especially in 1985, and the recent rise pales compared to run-ups seen in the mid-Eighties and late Nineties. Plus, many American manufacturers will benefit from the drop in the cost of inputs they import.”

Nelson said despite volatility in currency valuations, the dollar is positioned to remain stronger than other currencies — at least through the end of the year as U.S. economic conditions improve in the second half, he said. Nelson added that companies with currency exposure issues are likely taking hits to their bottom line — and in some cases, their top line too.

Wolfgang Koester, chief executive officer at FireApps, which helps companies hedge their exposure to foreign currency volatility and has clients that include Google, Nike, Accenture and Merck, said, “It’s all about understanding your flow of product and matching that with the right currency. The key is to understand your exposure, and then to forecast — and hedge — against it straight through from the revenue stream to the balance sheet.”

Koester said a strong dollar might be impacting sales to tourists in the U.S. — a factor cited by Macy’s in its recent quarterly report — but really the issue is “one of financial risk management and not one of a product demand risk management.” Koester said companies must “be able to clearly define the foreign exchange exposure when developing their forecast.” And data analytics is the tool to do just that. In regard to how long these conditions will last, Koester said, “currency volatility — at a minimum — is here to stay, and may even increase along with currency wars.”

Jay Silver, managing director at CBIZ Inc. with a focus on the apparel sector, agreed. “The strong dollar is really affecting the cost of manufacturing and the sourcing of goods,” he said. “And there is concern that volatility is a real and lasting problem.”