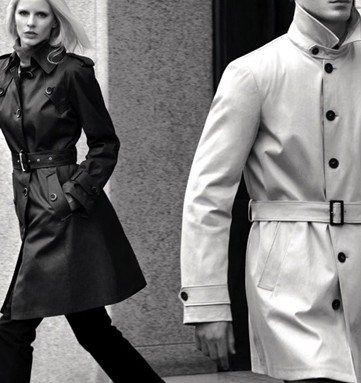 As if luxury brands didn’t have enough problems coping with the global recession, they now have to battle two perceptions in the minds of the wealthiest consumers they’re banking on to lead a recovery — commoditization and declining quality.

“I think the frugality will continue in luxury spending. It will be a tough slog, and will be at least another 12 to 24 months before we see any growth rates in spending,” said Milton Pedraza, chief executive officer of the Luxury Institute.

He explained, “There is a sense now of living within their means, regardless of how wealthy they are because 90 percent of them were not born wealthy.…They are sensitive to the plight of the average American because many still have family members who are middle-class.”

Jean-Claude Biver, ceo of watch brand Hublot, owned by LVMH Moët Hennessy Louis Vuitton since 2008, has a two-pronged strategy for his watch brand. “The concept is very simple. Human beings always want what is very rare to get.”

Prong one is to deliver half of what is on order. Prong two is to control sellout and stock level. “The big enemy for brands is the discount.…Discounted brands lose prestige,” Biver emphasized.

While not new, Biver’s strategy does ensure exclusivity and curtails the possibility of discounts.

For premium brands that cater to the well-heeled, the strategy still seems worth bearing in mind. In the Luxury Institute survey, 41 percent said luxury brands that have their own discount outlets are no longer luxury, and the same percentage concluded that luxury brands that are heavily discounted are not truly luxury.

The spate of discounting beginning in late November had the most negative impact on perceived value and lower increases in spending and appeal among men, and older and wealthier consumers. Discounting had a positive effect on overall spending and the appeal of luxury products among women, consumers under age 55 and consumers with less than $1 million in net worth.

Matt Kaden, associate director of Net Worth Solutions, believes that direct-to-consumer sites such as those hosted by Rue La La and Gilt Groupe will continue to capture consumers looking for luxury at better prices. “These are sites that are supported by major venture capital money,” he said.

Kaden doesn’t believe online discounting damages a brand’s image. “These sites are by invitation only, which leverages off of the social networking trend,” he said.

Gian Maria Argentini, general manager of outerwear brand Allegri, said, “The consumer is looking at the concept of value for money.”

The company, which has annual volume of $45 million in euros last year, has started to use hangtags as a way to provide product information, such as technical elements of water-repellent fabrications, as a point of communication with consumers. “Because consumers will not pay the same prices as in the past, we need to communicate why they should pay $500 for a jacket or coat,” said Argentini.

He sees the Internet and social media sites such as Facebook and Twitter as useful tools to market product to consumers.

According to Andrew Sacks, president of marketing consultancy Agency Sacks, contact between consumers and brands will become even more important as firms try to retain and grow market share.

“The affluent have gone from living in a world of luxury to living in a place of flux,” Sacks said.

According to research data from Agency Sacks in conjunction with the Affluence Collaborative, of those with household income of $250,000 and over or investable assets of $2 million plus, 63 percent are optimistic about their own future, although 70 percent no longer consider themselves wealthy.

“What stands out is people who have self-confidence, those who made their own money, are not terribly concerned that they will not make it again. Luxury marketers need to take a longer-term view of things. This is the time to build relationships, something that luxury brands don’t do well with their core customers. Consumers spend thousands of dollars, and what do they get? A form letter,” Sacks said.

Sacks is telling companies to go out and hire letter writers to get that personal connection with consumers. He also sees a greater number of wealthy consumers spending time online.

“Use social media. Engage in a real dialogue. Social media is real. Be direct, be human and show thanks. Companies have to work harder to provide a rational alibi to purchase. Educate. Make it OK for them to spend money,” he advised.