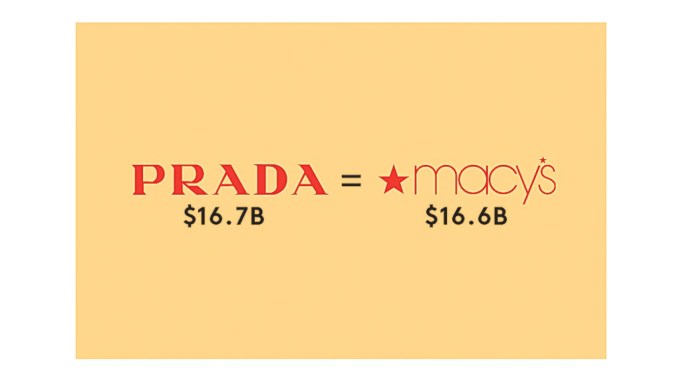 Wall Street is calling. So are investors in Hong Kong. And Milan.

Michael Kors is shouting, “Come on in, the water’s great!” If he’s not actually shouting, his newly acquired personal fortune is — and loudly.

The designer is well on his way to being a billionaire. Shares of Michael Kors Holdings have about doubled in value since its December initial public offering and Kors has already cashed out hundreds of millions of dollars in stock.

There’s very good money in taking a company public, but life under the microscope of Wall Street is not for everyone. In fact, it’s not for most, despite efforts in Washington to crack the door open wider and make it easier for small companies to raise money through IPOs.

Some companies should never go public. And even those that fit the bill and have room to stretch out need to carefully sell themselves to shareholders.

Fashion firms that lose money should not go public.

Tech start-ups might get a pass on profitability, but investors largely want to put their greenbacks, euros and Hong Kong dollars into companies that are making money. That’s been the case with Kors in New York, Salvatore Ferragamo in Milan and Prada in Hong Kong.

Restructuring? Overhauling your distribution network or supply chain? Taking on a big IT upgrade? Trying to figure out, on some fundamental level, who you are or who your customer is or how you can serve them?

Stop. Wait. Don’t think about it. Not yet.

Look at Kenneth Cole Productions Inc. — an early entrant in the designer IPO game. The company lost its traction for a while, took a stab at a licensing-heavy model and now Kenneth Cole wants to buy out other shareholders and refocus the company under private ownership. It is easier to make big changes away from the watchful eyes of investors.

And what about the head of the company considering an IPO? Does the founder or chief executive officer want to control everything and not listen to everyone else? Do they run the company like a personal fiefdom with cousins and in-laws doubling as key suppliers and division heads?

If so, this will show up under the heading of “certain relationships and related-party transactions” in the company’s IPO paperwork. The goal, according to one longtime retail banker, is to have nothing to report on the topic. “It’s just a no-no” to have pages and pages of disclosures, the banker says.

This is one area where the Kors IPO gets middling marks. Most significantly, the brand’s business in China is tied up with licensing agreements that last until 2041. That gives much of the benefit of the market’s dynamic growth to a separate firm controlled by Kors, chairman and ceo John Idol and a company controlled by investors Silas Chou and Lawrence Stroll.

That Kors has been able to garner a market capitalization of nearly $9 billion — even with the China business carved out—has investment bankers, retailers and other designers all licking their chops and reevaluating how much brands are worth, pushing asking prices up.

“Everybody just shakes their head…and says, ‘If Michael Kors is worth that, I’m worth this,’” Howard says. “It’s like everybody’s a little crazy.”

Even if others make a run at it, not every brand will be able to sell themselves as well as Michael Kors. There are only a few brands — Kors is one, Tory Burch is another — that are established enough to be a safe bet for investors while still having room to expand. A successful pitch to investors depends almost solely on the one thing that will reliably make stockholders money: growth.

Since it’s harder to move the needle at a bigger company, size can be a disadvantage. That helps explain Prada’s reception in the market. By the end of March, the company, which last year had revenues of 2.6 billion euros, or $3.5 billion at average exchange, had seen its stock gain 28 percent since its June IPO. That’s well ahead of the market, but still behind Ferragamo, which was up 60.2 percent since its IPO the same month. With revenues of 986.4 million euros, or $1.4 billion, Ferragamo is simply seen as having more room to expand. And Kors, a Wall Street darling with an 86 percent stock gain since its December offering, logged a top line of just $373.6 million last year.

“Institutional investors are looking for exponential growth across sectors, and this is something you can sell via fashion, in particular with emerging markets,” says Laurent Feniou, a managing director at Rothschild in London. “You don’t see many successful IPOs from fashion companies because there is a sweet spot, which is a mix of a very strong financial profile and an exciting brand. The two need to go hand in hand. People will jump into the [profit and loss statement] to start with, and if they’re excited by the p&l, they’ll say, ‘OK, what is the brand?’”

Even though the equation for investors consists mostly of hard numbers and projections, there’s also a touch of sex and excitement.

“These are story stocks, rather than industrial, hard-number-driven stocks,” says Jonathan Low, a partner and co-founder of consulting firm Predictiv. “It’s not like industrial chemicals where it’s a matter of volume times competition times growth. There is a little bit of romance that you find with investors in Broadway shows and film joint ventures. But fundamentally, there needs to be a basis to the story.”

One important X factor in a fashion company’s future is how a brand’s aesthetic plays overseas.

“To the extent that there is a real growth story, then you go global. Then the question is, Can this translate into China and to a lesser extent India and Brazil and then Asia generally?” Low says.

The consultant sees this as a central question for Tory Burch should she take her company public — despite the company’s repeated assertions that it’s not looking to dip into the open markets.

“Tory Burch appeals to a certain type of American female consumer,” Low says. “Is that going to translate in Europe, let alone Asia? Do they have to tart it up a bit to make that connection, and if so, do they lose the fundamental stylish-but-understated nature of the brand, which has worked hugely well for them in the United States?”

Most bankers feel the Tory Burch brand, with sales estimated at more than $450 million, has a broad enough appeal to keep growing.

The head of a fashion company is also expected to look and act a certain way, and Burch delivers. The designer’s persona is a studied take on Philadelphia Main Line sophistication spiked with a hard-nosed business approach. She reaches out regularly to her customers on Twitter and has also been cautiously extending a hand to investors. For instance, she’s scheduled to speak at the upcoming Financial Times luxury summit in Marrakech — a somewhat curious forum given the company’s stated desire to remain private.

As both an artistic and a commercial endeavor, fashion requires two distinct skill sets that often show up in teams. Michael Kors, who has fueled his brand with his Project Runway celebrity, has his John Idol, just like Calvin Klein had his co- founder Barry Schwartz and Ralph Lauren has his operations chief Roger Farah.
To ultimately go public, the business half of the equation has to not only create a good company that is growth-orientated and attuned to investors, it also has to talk the talk.

That’s why it is often private equity companies familiar with the regulation-laden process that are going to the public markets. Texas Pacific Group and Warburg Pincus took Neiman Marcus Inc. private in 2005 and are expected to return the company to public hands sometime soon. J. Crew Group Inc. has cycled in and out of the public markets.

“Do they show well? Are they attractive to the investment community? And can they go on a road show and tell the same story enthusiastically, but at the same time realistically?” says Berglass, summing up the key questions for a ceo taking a company public.

“It’s looking at the same business through a different set of filters. In some sense, it’s city mouse versus country mouse,” he says. “If your ceo was born in the sales area you’re going to have a real challenge because they’re a natural salesman and the thing you want to do is manage the expectations of the investment community.”

And there it is, the big difference.

The early investors who sell shares in an IPO can reap such great rewards because they’re giving up control. Public companies are beholden to investors who have expectations that need to be addressed — often in big ways, because big investors like big numbers.

“They want to make a billion off of a $100 million investment,” says Mike Moriarty, a partner in A.T. Kearney’s retail practice. “Everybody’s lazy. The only people in these markets who are not lazy are the designers. Wall Street has nothing to do with creativity.”