Kate Moss as the face of Coach.

Tapestry is making a comeback.

The formula includes leveraging data and technology to enhance both the omnichannel and the company’s core products, while reevaluating its track record to see where improvement can be made.

But the luxury fashion house, home to Kate Spade, Coach and Stuart Weitzman, said it is going to take time⁠ — and the focus begins with Kate Spade.

“It’s a process that is part science and part art, but it’s also 100 percent experience,” Jide Zeitlin, Tapestry’s chief executive officer and chairman, said on Tuesday morning’s conference call with analysts, his first since taking the helm following Victor Luis’ departure in September. “And it’s one where, when you look at a premium fashion brand, you do not turn it on a dime. If you go back six or seven years when we had overextended the Coach brand, the process of rebuilding the health of that critical brand did not happen overnight. And I still personally remember how there was a period of time after we have taken some dramatic steps to reconnect the brand with its core consumer, when we did not immediately see green shoots. So, we had to, at that time, have confidence in the relevance of our brand values and in the experience of brand-building.” 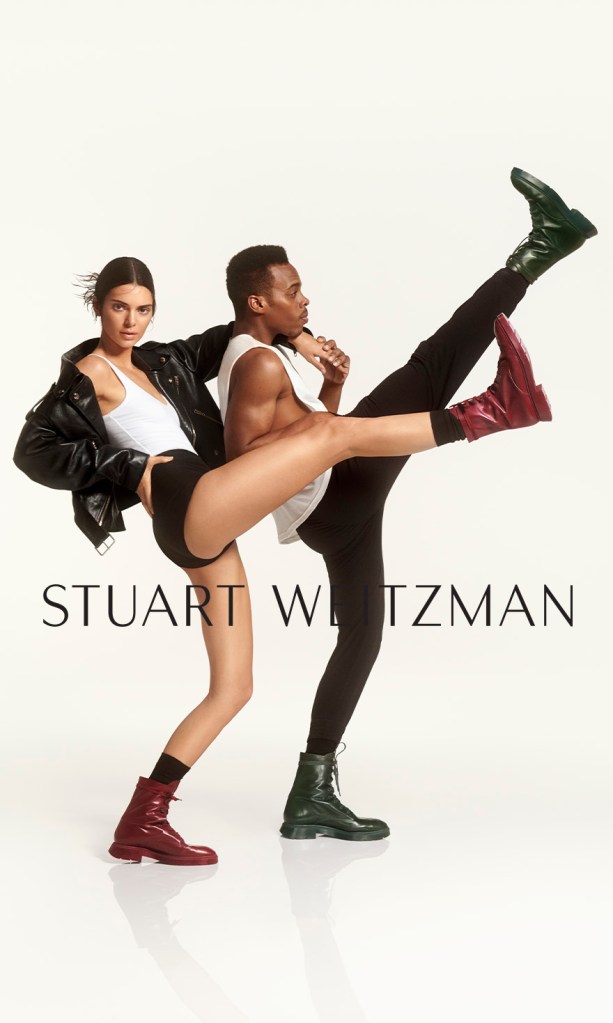 A look from the Stuart Weitzman campaign.  Courtesy

The reassurance may have tamed investor fears⁠ — at least for now. That same morning, the retailer’s most recent quarterly earnings results fell short from the year before, but still beat analyst expectations. Tapestry’s stock shot up nearly 5 percent during Tuesday’s trading session.

Tapestry has been struggling with declining sales at both the Kate Spade and Stuart Weitzman brands for some time. Company shares are down more than 35 percent year-over-year. Zeitlin took the helm as Tapestry’s ceo two months ago after former ceo and chairman Luis was abruptly outed, and has been tasked with turning the company around.

“I’ve been very focused on a diagnostic process that we’re going through that is focused on trying to figure out how to reignite organic top-line growth,” Zeitlin told WWD. “And in that respect, we’re focused on making sure we really have a good understanding of our core brand equities and how we connect those equities to a broader consumer base.

“If I had to summarize in a sentence some of the early learnings, it’s that there are a number of challenges that we’re facing, as well as our competitors are also facing. But that those challenges are both finite — we’re able to identify some real areas to focus in on. And two are ones that are fixable. They’re [headwinds] that are in our control to make some real headway against. We’re doing some work both internally and with the assistance of external management consults on that front.”

While Zeitlin was tight-lipped on the exact steps the company is taking — “We’re about halfway through that,” the ceo said — he added that some of the problems have been “self-induced mistakes.” Some happened even before Zeitlin became ceo, but have served as a learning experience nonetheless.

Like the overextension of the Coach brand six or seven years ago. Or, product challenges within the Stuart Weitzman supply chain that resulted in quality and delivery problems, Zeitlin said.

“Even though we’ve made a lot of headway against those issues, we’re still paying the price for that,” he said. “We’re still looking to rebuild our order book with our wholesale partners or accounts, who are still working through some of the issues that we were a big part in causing.”

But at Kate Spade the problem is more immediate. The products aren’t resonating with shoppers the way they were a decade ago. Zeitlin said this is partially because products introduced by Kate Spade creative director Nicola Glass, who was tapped by the company in Nov. 2017, are still making their way into stores and outlets in North America. Zeitlin estimates that only about 25 percent of products in North American stores are from the Nicola Glass collection.

“At Kate, we’re continuing to work through opportunities to have a more fulsome product line, a more fulsome product architecture,” Zeitlin said. “We’re still working through really finding that right balance between sophistication, between witty, novelty, understanding how much color to have in the product line. Those are all action steps that are in our control that we need to continue to deliberately take if we’re really going to reignite organic growth in that business.”

He emphasized, however, that the company continues to work for growth across all three brands.

Even so, while Kate Spade is struggling and Stuart Weitzman is inching along, Coach is thriving. The brand delivered its eighth consecutive quarter of positive comparable-store sales last quarter, with sales jumping 1 percent to $966 million, and the Coach men’s wear business is on track to surpass $1 billion, as Joshua Schulman, president and ceo of the Coach brand, had previously anticipated.

“We’re pleased from a Coach perspective,” he continued. “Our strategy is to meet the customer where they are in their respective market. The way the customer is shopping today is increasingly omnichannel. So developing that symbiotic relationship between the stores and the online channel. We’re most developed in that area in North America. But we also have been pioneering in social and digital commerce in Asia, in China particularly.”

Meanwhile, the company has been hit by other headwinds — the kind plaguing most international retailers. Like declining traffic in North American stores and the continued political unrest in Hong Kong.

Zeitlin called the protests “a real issue.” In Hong Kong, Coach comps were down roughly 50 percent in September (35 percent for the entire quarter), because of the issues in the region. And the ceo estimated the current quarter will likely have similar results.

But, Schulman pointed out that without the impact from Hong Kong, global comps would actually have been up 2 percent during the quarter.

“It speaks to the fact that there are always going to be geopolitical issues. There are always going to be macro issues,” Schulman said. “But what we need to focus on is how to delight our customers in their domestic markets, in their respective domestic markets, as our first priority. If we do that, then we will be able to continue driving and following the consistent results.”