The company tapped Liz Fraser to be ceo of Kate Spade and Giorgio Sarné to head Stuart Weitzman.

Jennifer Lopez is the face of Coach.

Tapestry’s turnaround continues with improved results and new members of the c-suite, although headwinds abound in Asia.

Shares of the fashion house, which includes Coach, Kate Spade and Stuart Weitzman, rose 2.15 percent Thursday to $29 a share as a result of better-than-expected quarterly earnings.

In addition to naming new leaders for the Kate Spade and Stuart Weitzman businesses, the company said sales for the quarter ended Dec. 28 increased 1 percent to $1.81 billion, up from $1.8 billion the same time last year. Total profits increased to $299 million, compared with $255 million last year. 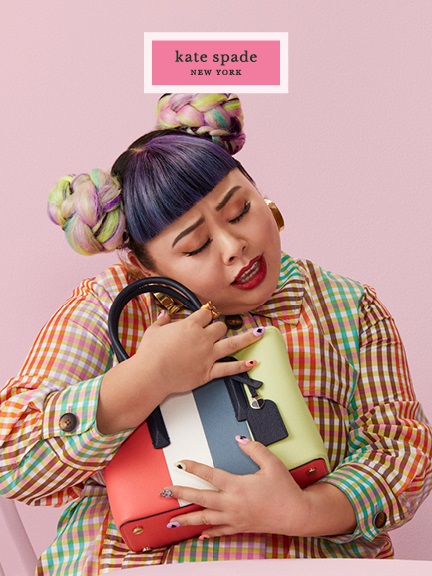 “We are pleased with our overall holiday results, which outperformed plan driven by continued momentum at Coach and a sequential improvement at Kate Spade,” Tapestry chairman and chief executive officer Jide Zeitlin, said in his prepared remarks. “In addition, we exited the quarter in a good inventory position. We entered our third fiscal quarter with strong underlying trends, notably at Coach, as sales growth accelerated from the holiday period.

The Coach brand, the company’s largest business, had its ninth consecutive quarter of positive comps in mainland China, a trend that only accelerated in the beginning of the current quarter, according to Josh Schulman, Coach brand ceo and president.

But the situation in China has led to the closure of the majority of the company’s 250 stores in the region. Tapestry is also anticipating a sales loss between $200 million and $250 million in the second half of the year.

“It’s a sign of how fast the virus is spreading,” Zeitlin told WWD. “We had anticipated maintaining our [fiscal year 2020] guidance despite continuing headwinds in Hong Kong SAR and challenges at Stuart Weitzman. However, the escalating coronavirus outbreak is now significantly impacting our business in China.

“It’s not just us, but across most major retailers, traffic is significantly down,” Zeitlin added. “Most people in the major cities are not going to work; most people are working from home.

“If the situation further deteriorates, or the outbreak affects demand outside of the country, this impact could be worse,” he said. “We are confident in our ability to effectively navigate through this period of uncertainty. We are managing our response to best protect our people, our brands and every aspect of our business.”

As the crisis unfolds, Schulman said the company is taking steps to mitigate losses, particularly with the Coach brand, which has the largest exposure in China.

In addition, Joanne Crevoiserat, chief financial officer of Tapestry and interim ceo of Kate Spade, pointed out on Thursday morning’s conference call with analysts that less than 10 percent of goods across the entire portfolio are made in mainland China.

Moreover, Coach is expanding in certain key categories. This week, the brand is launching a new line of dual-gender sneakers. Footwear currently represents about 4 percent of the entire Coach business, but Schulman said there’s opportunity to grow that business to more than 10 percent.

Coach is also working with high-profile ambassadors like Jennifer Lopez and Michael B. Jordan, which Schulman said is most noticeably resonating with Millennial consumers in North America.

“The combination of the positive financial metrics with the strong brand metrics are really encouraging for the underlying health of the brand and the business,” Schulman said.

Meanwhile, other improvements are underway.

The fashion house named Liz Fraser, who hails from Lafayette 148, Anne Klein and Marc by Marc Jacobs, as the new ceo and president of Kate Spade, effective March 1.

In addition, Giorgio Sarné, president of Tapestry Asia and president and ceo of Coach Asia, will be promoted to ceo and brand president of Stuart Weitzman. Sarné is taking the place of Eraldo Poletto, the brand’s current ceo and president, who will leave the company March 1.

“We are delighted with the appointments of Liz, Giorgio and Yann, all three talented leaders who have best-in-class knowledge that is directly aligned to our long-term strategic plan,” Zeitlin said. “With Liz’s career in fashion spanning over three decades and the deep experience in brand building at Coach and Tapestry that both Giorgio and Yann bring to their new roles, we believe we are well positioned to drive sustained sales and margin growth and shareholder returns. We thank Eraldo for the dedication he brought to Stuart Weitzman and Tapestry and wish him every success in the future.”

Zeitlin said the new leadership will help evolve and accelerate both product and operations. This is most noticeable at Kate Spade.

“We realized that we had walked away from both novelty and color in many respects,” Zeitlin said. “Nicola [Glass] has already begun leaning more into that and we’re going to continue testing and learning and really thinking through how most appropriately to develop and position products for consumers.”

“The quarter itself was very solid, with a top and bottom line beat — driven by continued strength at Coach and better than expected sequential improvements at Kate Spade,” Boruchow wrote. “But shares of [Tapestry] are now trading above levels when the Coronavirus outbreak occurred … As a result, we have a less aggressive stance from here, but still view improvements in Kate and strength at Coach as encouraging for [the long term] thesis.”