The company's stock was up nearly 15 percent in pre-market trading after improving on topline sales.

The fashion group, parent company to Coach, Kate Spade and Stuart Weitzman, reported third-quarter earnings for the quarter Thursday before the bell, improving on topline sales.

Net sales for the three-month period ending March 30 were $1.33 billion, up from $1.32 billion a year earlier. Meanwhile, net income was $117 million, down from $140 million in 2018, but still better than the Street had expected. The board of directors has also authorized a $1 billion share repurchase program.

“We are pleased with our third-quarter performance, highlighted by increases in sales and gross margin on a constant currency basis in each of our three brands,” Tapestry chief executive officer Victor Luis said in a statement. “Most notably, we again drove positive comps at Coach and generated a significant sequential comp improvement at Kate Spade with Nicola Glass’ new collection resonating with consumers globally. Further, we continued to make key investments across our portfolio and to realize meaningful synergies from the successful integration of Kate Spade as we harness the power of our multibrand model. Taken together, adjusted [earnings per share] was in-line with our expectations for the quarter.”

While shares of Tapestry were up nearly 15 percent during pre-market hours Thursday, the company’s stock is down more than 33 percent year-over-year.

Increased volatility in the market and continued macroeconomic tensions, such as a possible trade war with China, are the most obvious culprits. But there is also the consumer demand for smaller bags, like fanny packs and backpacks, which continue to be on trend but cut into profit margins.

But Luis has made the case for Tapestry’s continued growth. In February he told WWD that Kate Spade’s new creative director Glass, who took over the helm in 2017 shortly after the Kate Spade acquisition, was helping revive the brand. Glass’ first collection was unveiled during February’s New York Fashion Week, but results wouldn’t be seen until the following quarter. By then, at least half of the full-price stores would be carrying the new products. 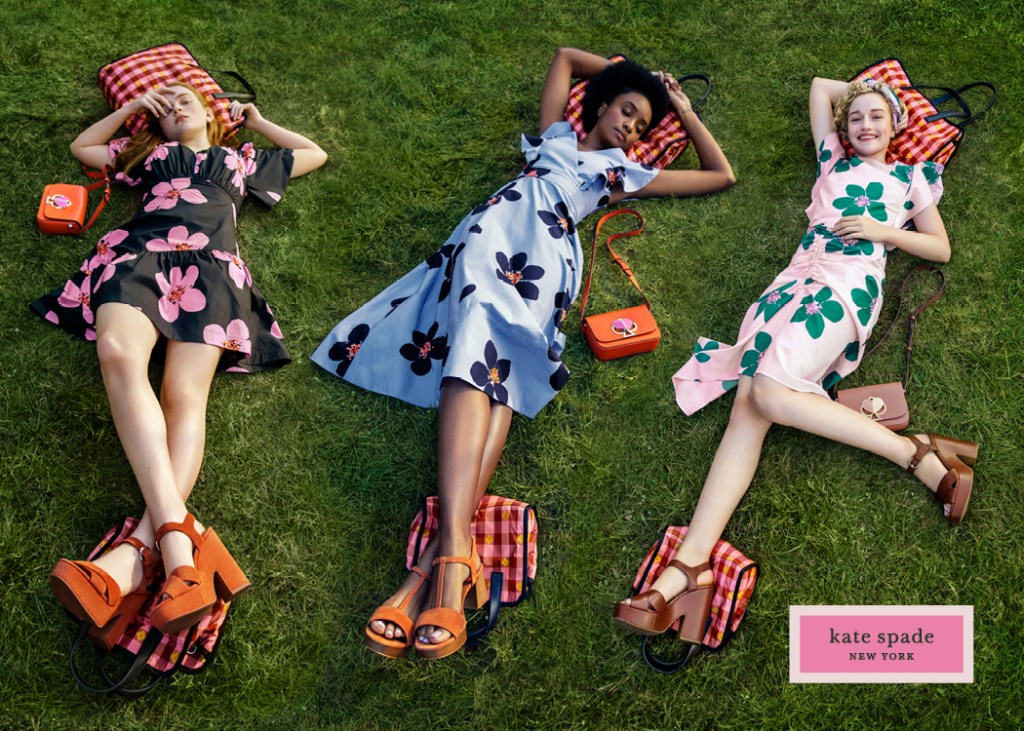 Looks from the Nicola Glass collection at Kate Spade.  Courtesy

Now that the collection is in stores, consumers appear to like it. Net sales at Kate Spade for the quarter were $281 million, up from $269 million last year. Sales at Stuart Weitzman also improved — albeit only slightly — to $85 million from $84 million. Meanwhile, sales at Coach fell slightly to $965 million, down from $969 million.

“As we look ahead, we are committed to executing our strategic plan and achieving our near-term and long-range financial targets,” Luis said. “This includes our expectation of delivering positive comps at both Coach and Kate Spade along with profitability improvements at Stuart Weitzman, both in the fourth fiscal quarter and in the years ahead.

“We are confident in the clarity of our vision, the strength of our team and the benefits of our global, multibrand platform,” he added.