Who Will Be Tapestry’s Next CEO?

The search is on for a new ceo at Tapestry — parent company to Coach, Kate Spade and Stuart Weitzman — after Jide Zeitlin abruptly resigned from the post last month.

Coach is part of the Tapestry portfolio.

The search for Tapestry’s next chief executive officer continues.

But the skills needed to run the fashion house — which owns the Coach, Kate Spade and Stuart Weitzman brands — are hard to find. The retailer is dealing with the aftermath of the global shutdown, restructuring two of its three brands and a continual rotation of its c-suite. 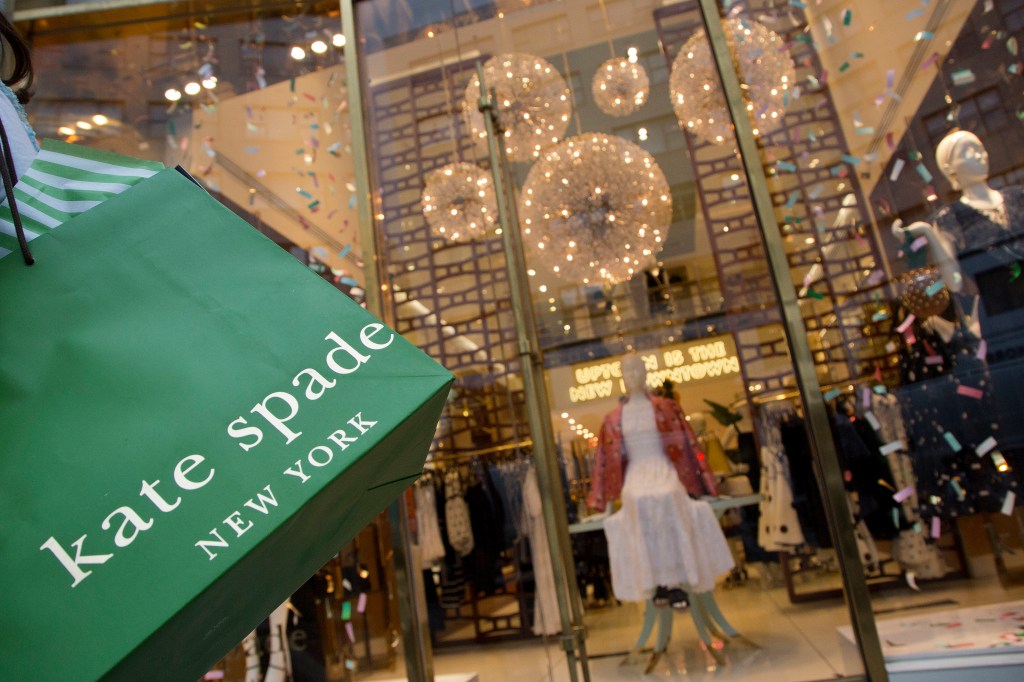 Some of the problems Tapestry is facing aren’t unique. The entire industry is grappling with the current health crisis and subsequent shutdowns, which have left nearly every fashion company, both big and small, at a loss. But Tapestry has also been in the process of rebuilding its brands on an international level for some time. Now the group will have to proceed without a captain to help weather the storm.

“It’s hard to deal with these problems during normal circumstances. It’s especially hard when you’re dealing with management changes all of the time,” Swartz said. “People within the company don’t even know what’s going on or who could be in charge in a month. That makes it extremely difficult to have a long-term focus and that’s what the company needs.”

One bright spot is that Tapestry’s strong earnings preview, ahead of the Aug. 13 release date — the company said it exceeded internal expectations for the quarter on both the top and bottom lines, expanded gross margins, reduced inventory levels from prior years and ended the quarter with $1.4 billion in cash — means it is no longer in economic turmoil.

“So, I don’t think they need to bring in a finance person who would be there to keep the company from going under,” Swartz said. “I think it’s a situation where they need somebody to get back on track after all these problems that have cropped up after the last three or four years.”

Just who that person would be is unclear. The pool of executives in the industry who have apparel, accessories and international experience and who offer diversity — and who are currently available for the job — is small. There’s also the fact that besides filling the top job at Tapestry, Coach, the group’s biggest brand, still does not have a permanent ceo.

“I don’t think the current management is going to be anything close to what Tapestry needs,” he said. “In this situation, I definitely think they need to bring in outside people. I think there will be interest out there among quality candidates and Coach is still a high-profile position. If you look at the backgrounds of the current management team, they’re not that strong for the positions they’re in.”

Former chairman and ceo Jide Zeitlin abruptly resigned in July — a few months into his three-year stint at the fashion house — after a 2007 #MeToo allegation resurfaced. He had been working as the commander-in-chief on an interim basis for just under a year.

“Jide appeared to be on paper a strong candidate, but then on the other hand, he was the chairman of the board when these decisions were made to buy Kate Spade and Stuart Weitzman,” Swarz said. “Clearly, he was part of the turnaround efforts, which have for the most part not really worked. There have been a number of mistakes, which reaffirms our overall view of the company’s stewardship that the company should not have bought Kate Spade and Stuart Weitzman in the first place.”

Whether or not the acquisitions were a mistake, the person who gets Tapestry’s top spot will face a number of other challenges.

For one, Tapestry is competing with bigger, European fashion houses.

“What Tapestry has attempted to do is to build this house of brands, similar to, but smaller than, the likes of an LVMH [Moët Hennessy Louis Vuitton],“ said Brian Nagel, senior equity analyst at Oppenheimer. “They’re obviously very, very early in this, compared with the European brand houses. So they’ll need someone who can manage that house of brands.”

Nagel went on to call Zeitlin’s resignation “a step back” and a “distraction for the company.”

But this isn’t the first time there’s been a vacancy in the c-suite. In fact, in the last year alone the group’s leadership team has been a revolving door filled with departures, promotions and new entrants. The makeover began when the board ousted former ceo Victor Luis in September 2019, after reoccurring stock declines and few visible signs of improvement within the company.

Just three months later, Anna Bakst was let go from her position as ceo of Kate Spade. Bakst had been there for less than two years. Still, many considered Kate Spade as Tapestry’s weakest link.

Josh Schulman, former ceo and president of Coach — the company’s most lucrative brand — also unexpectedly resigned in March. (Sources say Schulman has a new job lined up, but it is not known where or when he will begin.)

“The secondhand market is getting bigger and bigger,” Nagel said. “It allows people to buy the higher-end brands. But then I also think it changes the mind-set toward buying a higher-end bag. Because people look at [a bag] and say, ‘Look, I’m buying this bag for $1,000.’ It’s no longer just the money spent. Now you know that within a reasonable amount of time you can sell that bag back for $600, $700. So you’re just spending $600.”

Perhaps then the best turnaround solution would be to sell Tapestry to a bigger, European luxury firm — fulfilling countless rumors early in the Aughts that LVMH was eyeing the then-skyrocketing Coach brand, which the French firm always denied.

“The company would certainly be attractive [to others],” Swartz said. “We still think the Coach brand has a lot of value. But I don’t think Tapestry wants to sell right now with the stock price where it is.”

Tapestry stock, which was trading at just over $14 a share Thursday, is down about 49.5 percent year-over-year.

But Ike Boruchow, senior retail analyst at Wells Fargo, said investors might once again gravitate toward the stock in coming months.

“After acquiring Stuart Weitzman and Kate Spade over the past five years…the management team responsible for those acquisitions is no longer present — largely due to mismanagement of the acquired brands,” Boruchow wrote in a note. “Sometimes this signals potential for new, stronger [management] and board members.

He added that Coach’s improved distribution and geographic mix over the last few years has served the company well.

“Coach brand reduced its domestic store fleet by [approximately] 30 percent over the last six years and they have low mall exposure relative to other global brands, which is a positive in this environment,” Boruchow wrote. “One of the biggest headwinds pressuring the global brands is distribution (because most are tied to the U.S. and the department store channel), but Coach is different. At wholesale, Coach has one of the lowest exposures to the challenging domestic department store channel — [less than] 2 percent of total [Tapestry] sales — as the brand has cleaned up its distribution over the last few years.

“We are halfway through [calendar year second-quarter] earnings season and results have been mixed across the board (as companies look to weather COVID-19 headwinds), but [Tapestry] is doing better than feared,” Boruchow added.