But for now, the retailer is navigating its way out of the crisis with curbside pickups, reduced inventory and possible rent abatements.

It will include stores where masks, hand sanitizers and signs reminding people to stand six feet apart are in abundance, Zoom video dates with sales associates to browse the latest collections and drive-through clothing pickups as the new norm.

“One of the clear learnings through this period has been our continued acceleration of digital penetration,” Jide Zeitlin, Tapestry’s chairman and chief executive officer, told WWD. “It’s a secular trend, but nonetheless an acceleration. So, that line between physical stores and the digital world is increasingly blurred to a real omnichannel.

“What we’re seeing is that a number of customers are choosing to shop from their home,” he continued. “They live-stream a connection with a sales associate in a store. The sales associate will show them product and walk them through potential purchases. And then they’ll purchase it and have the product delivered to them. Actual sales are outpacing traffic in part, because of the combination of both physical and digital. Over time — but underscore over time — we expect that there will likely be greater parity between brick-and-mortar [stores] and digital.”

This acceleration was caused in no small part by the coronavirus, the global pandemic that caused nonessential businesses around the world, first in Asia, then in Europe and the Americas, to temporarily shut down. Tapestry, parent to the Coach, Kate Spade and Stuart Weitzman brands, was no exception. Earlier this year, 90 percent of stores in China were closed to prevent the spread of the coronavirus. 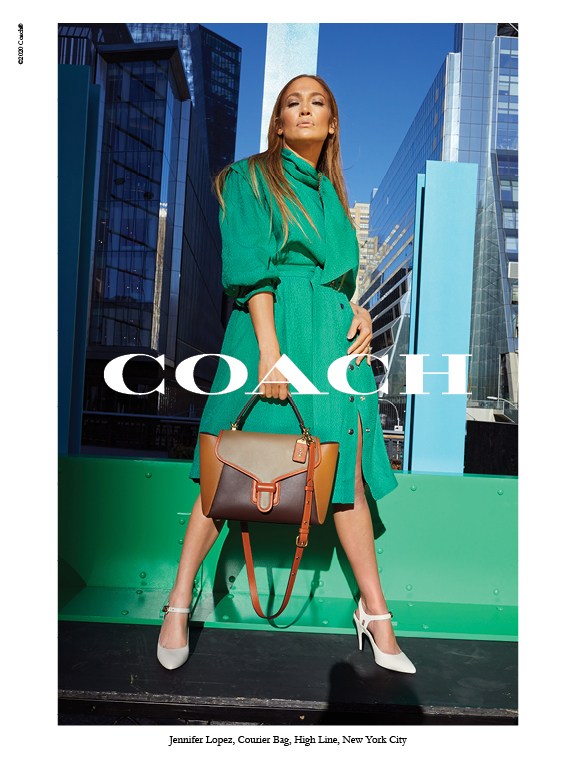 Jennifer Lopez is a brand ambassador for Coach.  Courtesy Photo

In mid-March, Tapestry, along with almost every other fashion and retailer in North America was forced to close stores Stateside. At the time, Tapestry said it would close for two weeks, or until around March 27. But as the virus spread, those weeks turned into months. Stores in Greater China, along with locations in South Korea, didn’t reopen until mid-April. Meanwhile, stores in Europe and North America are still shut.

But Zeitlin said Tapestry is using what it learned in China to enhance the business, which includes further leaning into the company’s digital capacities.

“We’ve got the benefit of our experience in Asia,” he said. “The balance between brick-and-mortar and digital is evolving. It is likely to translate into fewer physical stores as we go forward. But let’s just be clear, how we look at our business, physical stores are very much a big part of our organization and with the consumers’ experience with our brand. And so, we’re as committed as ever to brick-and-mortar.”

In fact, starting May 1, some Coach, Kate Spade and Stuart Weitzman stores will begin to reemerge from hibernation. But it won’t be business as usual.

All three brands will offer curbside pickup at select locations in 10 states — including Nebraska, Texas, South Carolina, Michigan and Colorado, among others — along with some stores in Vancouver. Shoppers will be able to call in, or in some cases order online, and then drive up to a store, many of which are located in malls that are still closed, and pick up their order.

In a note, Wells Fargo senior retail analyst Ike Boruchow called it a “move that helps the model begin to evolve and generate store revenue [albeit likely immaterial].”

The plan isn’t perfect for a retailer with 672 stores in North America: 381 Coach, 220 Kate Spade and 71 Stuart Weitzman, as of March 28. But it does provide a way for consumers — many of whom are likely longing for a way to escape quarantine — to engage with Tapestry’s brands.

“Consumer behaviors are changing and secular trends are accelerating,” Zeitlin said. “One of the most important consumer trends is digital, with increasing online consumer exploration, engagement and purchasing. We are advancing our understanding of consumers’ digital experiences to respond to their needs and desires. We must be better able to meet consumers where they are traveling.

“Growth in digital represents a consumer expressing where they prefer to shop and we have to acknowledge this shift,” he continued. “Listening to the consumer is job one. Successful business models for the future will make substantial investments in enabling platforms.” 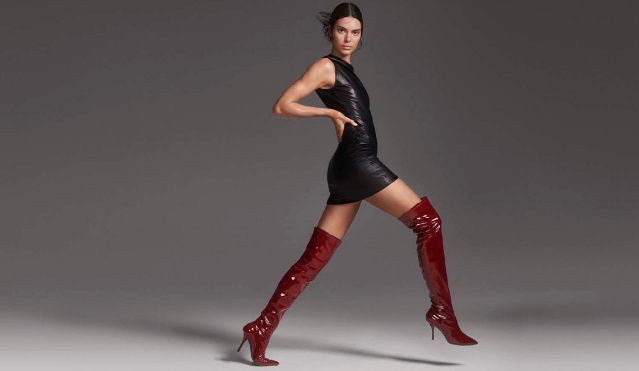 In addition to reevaluating the store fleet, those investments could play out by way of reevaluating the distribution network or extending the company’s partnerships with Tmall in China, Zeitlin said.

In the meantime, five stores in Austria and Germany recently reopened, in addition to 12 that will reopen this weekend in Australia. The company previously said if stores in North America do not open by June 1, the majority of its in-store associates would be furloughed.

Asked when stores in North America will open up for in-store shopping, Zeitlin said the decision will be made on a store-by-store basis. “Depending on the framework of what our team feels comfortable with, what does the consumer ask for,” he said. “It’s not one-size-fits-all.”

Todd Kahn, president, chief administrative officer and interim ceo of the Coach brand, added that it will also depend on how many people are frequenting the malls and how many stores are open.

“It will require not just the mall to open and no other stores being open,” Kahn explained. “We’ll need to see a substantial number of stores reopening up at the same time.”

When stores finally do reopen they’ll likely look a little less like consumers remember. Some of the changes will be additional store cleanings throughout the day, including each time a new customer enters or exits a fitting room, employee temperature checks, social distancing signs inside and out of the stores, limits on how many people can be in a store at once, contactless payments, hand sanitizers and wipes throughout each location and the use of masks and gloves “where appropriate,” Zeitlin said.

But even the push in digital and promises of extended sanitary measures can’t offset the losses caused by store closures. Not surprisingly, Tapestry reported a $677 million loss during the quarter with the majority of its store fleet was closed at some point. And last quarter’s results, which ended March 28, don’t even tell half the story. The closures in April, May and beyond will mean more losses in the fourth quarter. Tapestry is not providing guidance for the coming quarter.

Shares of Tapestry, which have fallen more than 52 percent year-over-year, closed down 12.7 percent to $14.88 a piece Thursday.

In addition to other cost-saving measures — such as drawing down on its credit facility, layoffs and executive pay cuts — two other substantial ways Tapestry is looking to reduce expenses are canceling inventory receipts for the late summer and fall seasons and negotiating rent payments in North America.

The inventory reductions will be across all three brands and all categories, something Joanne C. Crevoiserat, Tapestry’s chief financial officer, estimates will save the company $500 million.

“Our inventory is less seasonal by nature and it provides us with tremendous flexibility to reflow our product as we see demand change across the next few quarters,” Crevoiserat said on Thursday morning’s conference call with analysts. “And with our reflowing, we do expect to flow newness and have newness dropping in over the course of the next few quarters.”

Tapestry is also negotiating rent abatements in North America, something Kahn said the company has had success doing in Asia and parts of Europe.

“It’s ongoing and when negotiations are ongoing you tend not to want to talk too much about them,” Kahn said. “We are very concentrated in that the majority of our stores in North America are with, effectively, seven developers. So, we’re very important to them and they’re very important to us, and we have to come to an understanding that there is going to be a certain amount of shared pain across both of us. So, I am cautiously optimistic that we will come to similar constructs with our North America landlords.”

Zeitlin also expressed cautious optimism. While he said Tapestry is well positioned to weather the pandemic, he also acknowledged a looming global recession, one that has left many people without jobs permanently. (In the last six weeks, more than 30 million people have filed for unemployment in the U.S.)

“We’re very focused on what we can do well,” Zeitlin said. “We think there’s a lot of upside for us and our shareholders. It will be a slower rebound in terms of the macro environment that we’re in. [But] we’ve got tremendous opportunity in front of us, in terms of coming out of this downturn stronger than we went in.

“We believe our product, the accessible product — particularly the value that we bring across both regions, stores and outlets — is going to position us really well in the type of environment that we’re likely to be living in for while post this most excruciating period of COVID-19,” he added.