Fashion was forced to show its mettle in 2009. 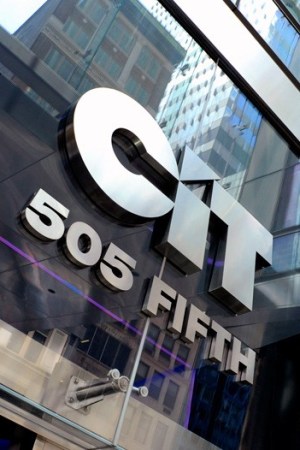 Patrizio Bertelli’s Strategies Are Leading to Strong Growth at Prada

Prada Swings to Profit, Reports Strong Growth in First Half of 2021

Perhaps the best two things that could be said about 2009 are that it wasn’t 2008, and it’s almost over.

It was a tough year — orders were cut, stores were closed, shoppers turned to saving as the economy floundered and the luxury consumer was in a general retreat.

Investors tried their hardest to see the glass as half full and snatched up stocks on the cheap after last year’s sell-off. Market optimists saw the economy as improving, sales as stabilizing, inventory as rightsizing and the horizon, however far away, as brightening. Retail stocks shot up 47.7 percent through Friday.

But the retail rally said more about investor expectations and last year’s dramatic retreat than it did about performance in stores. Before some legitimate signs of strengthening in the past month or two, it took a kind of Orwellian doublespeak to believe that “less bad” had truly become “good” in the world of fashion finance.

“This is the deepest consumer retrenchment I have ever witnessed,” said Allen I. Questrom, former chief executive officer of J.C. Penney Co. Inc., Federated, Barneys New York and Neiman Marcus Inc. “It’s like someone turned out the lights and the world changed.”

Mercifully, the overall economy ended 12 months of painful contraction in the third quarter, and, despite ongoing real estate and credit wooziness, banks and credit providers now appear to be in better shape, having pulled out of the nosedive that began last year, when a raft of bets in the housing and derivative markets went bad all at once.

Doubts surrounding the economy’s substructure weighed heavily early in the year and that unease helped push The Conference Board’s Consumer Confidence Index to a low of 25.3 in February. Despite ongoing anxiety about double-digit unemployment, shoppers are now feeling somewhat better and the confidence index rebounded to 49.5 by November on the hopes of better times ahead, but the shoppers’ take on current conditions remains extremely dire.

“We don’t see consumers leading us out of this recession,” said Maggie Taylor, senior credit officer at Moody’s Investors Service. “There’s been this fundamental shift of people going back to saving and repaying debt. Some of what drove retail growth four or five years ago was really just a bubble of readily available consumer credit.”

As the credit bubble deflated, companies just barely keeping their heads above water found lifelines harder to come by and the bankruptcies of Mervyns, Steve & Barry’s and Goody’s last year had some observers expecting a rush to the courts as retailers and suppliers were forced into insolvency.

That didn’t exactly happen, though there were some retail failures. A few, like Eddie Bauer Holdings Inc., later acquired by Golden Gate Capital, were rumored for so long that the bankruptcy filings themselves were almost anticlimactic.

Financing remained in the spotlight on the world stage. Iceland faced a financial crisis as the government took control of the country’s independent banks. The once high-flying retail investment firm Baugur Group, which also faced tax issues, filed for bankruptcy. Baugur at one point was a contender to purchase Saks Inc. And Dubai’s investment firm, Dubai World, asked creditors for some breathing room on payments covering $59 billion in debt last month, and later said it would undergo a restructuring, even though Istithmar, the subsidiary that owns Barneys New York — itself the subject of speculation, even after a cash infusion from its parent — was declared to be on “stable financial footing.”

On the corporate level, cash came to the fore as banks took a cautious approach and uncertainty reigned. Stores and vendors did whatever they could to stay as liquid as possible.

“From travel to supplies to benefits to marketing to information technology, we’re leaving no stone unturned,” said Stephen I. Sadove, chairman and ceo of Saks Inc., which reduced first-quarter expenses by $44 million — more than it planned to cut for the whole year. “How we have always done it is irrelevant. We’re approaching every area of the business asking how should we do it going forward.”

Those few who have a big enough cash cushion to spend a little here and a little there are becoming stronger competitors, especially when perceived as high-value destinations.

“This is still Wal-Mart’s game,” said Dean Hillier, consultant and a partner at A.T. Kearney. “They are definitely taking advantage of the circumstances. The market is certainly heading their way, and it seems to be sticking somewhat. The others are in a tougher spot and therefore are having to do what they need to do to eke out their profitability.”

While some — including Wal-Mart, Kohl’s Corp., Aéropostale Inc. and off-price leaders The TJX Cos. Inc. and Ross Stores Inc. — have fared well in the recession and are expanding their footprints, boundless retail expansion — the rule throughout the earlier part of the decade — has ended. The real estate discussion was mainly focused on shrinking the store base.

“Capacity is not coming out of the soft-lines space fast enough,” Credit Suisse analysts said in a report. “We believe many [specialty] retailers in this group are now faced with structural issues, primarily that they have too many stores and would expect a decrease in square footage in 2010 as retailers come to this realization.”

Even in the luxe world, where the seemingly recession-proof proved fallible after all, practical concerns began to trump grandeur.

“While Bulgari’s objective regarding retail used to be maximizing the prestige, the image, the visibility — and therefore we were opening a lot of new large stores — now it has changed and become efficiency in the distribution network,” said Francesco Trapani, ceo of Italian jeweler Bulgari SpA.

Developers and real estate firms took a hit as the dearth of store openings met heavy debt loads and a reticence to refinance commercial mortgages.

General Growth Properties Inc. succumbed to its debts in April, marking the largest real estate bankruptcy in U.S. history. The firm reached an agreement with many of its lenders and is expected to exit Chapter 11 proceedings this month.

In August, many vendors saw their lives flash before their eyes as CIT Group Inc., a factor and small-business lender that’s the cornerstone to the financial plans of many fashion firms, flirted with bankruptcy. Ultimately, CIT couldn’t hold out and filed a prepackaged Chapter 11 in November after being unsuccessful in winning a reprieve from bondholders. CIT failed even though it received $2.3 billion in taxpayer money under the Troubled Asset Relief Program.

The factoring arm, however, continued to operate, and the months when the firm was on the edge gave many fashion companies a chance to arrange alternate financing or otherwise prepare for the worst. The lender emerged from bankruptcy last week.

Though General Growth and CIT made a big splash in financial circles, consumers were fixated on their own troubles. The unemployment rate took an unexpected turn for the better last month and fell to 10 percent, but the jobless rate is still near highs not seen since 1983. And shoppers, like many of the companies they work for, either can’t get loans or are too cautious to take on debt. The total amount of outstanding consumer credit has fallen for nine consecutive months, the longest string of declines in Federal Reserve records going back to 1943.

All of this is complicating the holiday season for stores, which nonetheless are expected to turn in better fourth-quarter profits based on cost cuts and tight inventories that could, for now, eclipse weak sales.

However, price promotions this holiday season have not been as sharp as last year. Last January, as the luxe market traded down as quickly as it could, J.C. Penney Co. Inc. ceo Myron “Mike” Ullman 3rd quipped: “Our biggest price-point problem is that we have Neiman’s and Saks in our price points.”

Even with a hint of hyperbole, Ullman’s point continues to resonate as the climax of the 2009 holiday season approaches. Retailers are still offering deals and shoppers are still demanding discounts, and somebody’s ultimately going to have to pay for them.

“We are being very, very aggressive on prices,” said Terry Lundgren, president, chairman and ceo of Macy’s Inc., just after the start of the holiday selling season. “Fortunately, we are the largest customer for every vendor we do business with.”

The fashion food chain rolls on, with consumers squeezing retailers, retailers squeezing vendors, vendors squeezing suppliers. The question remains if the industry can keep this cycle going until the shopper comes back or if some sort of broader realignment will be necessary.

For some, change has already come — and not in the form desired. Although the wave of bankruptcies wasn’t as tidal as many had feared, the pain felt was, in many cases, acute.

Jewelry firms were among the hardest hit in 2009, and many companies went under. A few cosmetics firms also failed. Hartmarx Corp., which surprised many by filing for bankruptcy protection in January, was sold to Emerisque Brands U.K. Ltd. and SKNL North America B.V. following protracted deliberations that set its bank, Wells Fargo, against politicians and the UNITE HERE union as they fought to keep jobs in the U.S.

Overseas the picture was much the same: Arcandor Group; Christian Lacroix; Escada; IT Holding SpA and its licensing subsidiary, Ittierre SpA, and Yohji Yamamoto all were unable to meet their financial obligations.

Bankruptcies paved the way for many of the year’s mergers and acquisitions, including Eddie Bauer and Hartmarx. Mitchell’s bought bankrupt fashion retailer Wilkes Bashford, while India’s Mittal family, which owns a large stake in steel firm ArcelorMittal, won the bankruptcy auction to take over fashion house Escada.

A sense things are looking better, if not exactly good, was also evident in the initial public offering market, which saw three U.S. retailers go public in November — Dollar General Corp., Rue21 and the Vitamin Shoppe parent VS Holdings.

Overseas, Hong Kong-based Li & Fung Group took its luxury men’s wear retailer Trinity public, as did Australia’s department store Myer, both in October. Italy’s Yoox, which began an IPO last month, began trading on the Italian bourse on Dec. 3. PPR SA’s listing on the Paris bourse of its majority stake in CFAO, its African distribution business, on Dec. 2 represented the first IPO in Paris in two years and was seen as a first step in PPR’s move out of retailing and into an exclusive focus on luxury goods, such as its Gucci unit.

And some very big names have managed to muster some bullishness.

Investment guru Warren Buffett surveyed the economic landscape and decided to double down, with a deal to acquire the Burlington Northern Santa Fe Corp. railroad.

He described it as “an all-in wager on the economic future of the United States.”