The industry's heady mergers and acquisitions days have turned into a hangover. 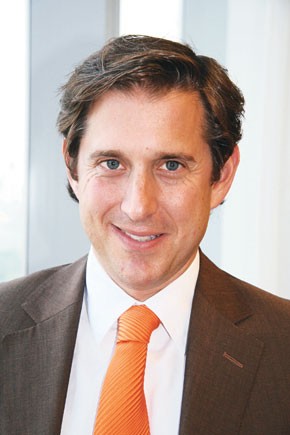 The industry’s heady mergers and acquisitions days have turned into a hangover.

Once the hottest game in town, the retail and apparel sector has seen leveraged buyouts dry up, thanks to the collapse of the subprime mortgage segment and the plunging stock market. And, while private equity firms still hold lots of cash, they’re eyeing smaller investments of less than $250 million.

So forget about over-the-top price tags at big multiples and hungry investors chasing targets like wolves following a herd of elk. Soberer days are here — and for quite a while, sources said.

But the drying up of LBO cash and easy debt means strategic players are in a stronger position, while financing for any deals now involves a mix of debt and equity. Meanwhile, recent acquisitions in the retail and apparel industry aren’t expected to experience the financial pressures being seen in other sectors, since retail generates cash and the deals have built-in protections.

“In general, you’re going to see a lull because there’s still lots of people sitting on the sidelines waiting for the bottom to drop, given the leverage that so many of these deals entail,” said Jeffry Aronsson, chairman of the Aronsson Group and former chief executive officer for Donna Karan International.

Going after distressed companies is not Aronsson’s cup of tea, but the general climate might nonetheless play into his strategy to find underdeveloped brands and expand them internationally through plenty of TLC.

“We are much longer-term players,” said Aronsson. “We’re not necessarily looking for an early exit or monetization.”

“There is financing for smaller transactions because the leverage ratios are more modest compared with the active periods of 2006 and 2007. But now we’re looking at maybe four times EBITDA instead of seven times that. You can’t syndicate the big deals, and since there’s also less financing on the smaller ones, buyers [aren’t] willing to pay as much as before to get [a deal] done. On the valuation side, that’s down as the equity markets are trading off the highs in our [retail and apparel] sectors. If the market is trading at five times for a publicly traded firm, no one is willing to pay eight times.”

Cooper said earnings visibility is another factor slowing down deal-making activity. Given the consumer-driven environment, he said it is hard to know what 2008 and 2009 earnings will be, and since multiples are viewed from a trailing basis, which can suggest higher earnings, they tend to be adjusted downward in the current economic backdrop.

That doesn’t mean there won’t be any M&A activity in the months ahead, though. Cooper expects deals to be done by strategic buyers whose focus is on building the company for the long term, as well as an increase in cross-border transactions.

Frederick Schmitt, an investment banker at the Sage Group LLC, a firm that advises apparel companies and catalogue retail operators that are looking for a buyer, said, “Financing is difficult, but we’re seeing that it is still available for transactions less than $500 million. For the megamergers, financing is very hard to get.” He also said deals are taking longer to get done, mostly because buyers are taking extra precautions in scrutinizing details given current conditions.

One banking source, who requested anonymity, said a few clients hoping to sell their firms were advised in recent months to temporarily pull the sale because valuations in the current M&A environment were too low.

But that’s not the case across the board.

“We’re pretty busy and do have some deals in the pipeline, but the financing is definitely changing,” said Andrew Jassin, managing director of consulting firm Jassin-O’Rourke Group LLC. “The multiples that are being paid were being paid far less than a year ago. In addition, the expectation on what a deal is worth versus the reality has also changed from a year ago. I think one problem is the quality of what’s available for sale. Because of the consolidation at retail, buyers are looking for brands that have a retail component.”

Jassin said in the case of Ellen Tracy, bought last month by an investment group that includes Radius Partners LLC, Windsong Brands LLC, Barry Sternlicht and Marvin Traub Associates for $42.3 million, he felt that the brand was sold at “below-market” value. That sale, he said, also is a reflection of Liz Claiborne Inc.’s decision to sell the company while it at the same time reacts to current market conditions.

Allan Ellinger, managing director of investment banking firm Marketing Management Group, cautioned that, while deals of public companies are on the wane, that’s not necessarily the case of privately held firms.

“We’re not seeing a slowdown in the private sector. People are looking for solutions, and that includes selling the company. However, we are seeing private equity firms focusing more on their recent acquisitions than…looking for new deals. In the private arena, the deals are getting more and more strategic and right now we see that continuing for some time,” Ellinger said.

Smaller deals costing less than $100 million will continue, said Jack Hendler, president of Net Worth Solutions Inc. “There’s plenty of liquidity and aggressiveness in that marketplace,” he said.

In the $100 million to $250 million range, the players will have a strong balance sheet, he said. But over $250 million, financial players will be cautious, Hendler said, noting that very large deals requiring the coordination of several banks would be even more difficult to pull off.

For Gilbert Harrison, chairman of investment banking firm Financo Inc.: “It is extremely difficult in today’s climate to get financing, although strategic buyers are able to. There is a fear of a deeper recession than what we already are in, and that’s causing some companies to mind their own store and make sure the store is safe. They don’t want to take on more risk. I hope that this recession is short lived. A lot of it has to do with the question of the psychology of the consumer. The press is beating up on the consumer and making them feel bad.”

For investment groups or private equity buyers with cash on hand, they can still get small deals done. However, Harrison cautioned that many deals still need a portion of the sale financed since very few buyers do an all-equity transaction. He pointed to the recent acquisition by NRDC Equity Partners of Fortunoff as a deal that was financed through both debt and equity.

“This is an environment where there will be lots of suffering, but a lot of opportunities for strategics,” said Richard Baker, ceo of NRDC.

“Lord & Taylor was able to capitalize on the Fortunoff acquisition because they were strategic,” said Baker.

Given macroeconomic trends — especially the plunging dollar — overseas players also have an advantage.

“There are a lot of opportunities in the United States for people who function in other currencies because the dollar is so weak,” said Baker.

Last year, when financing wasn’t as tight and fear didn’t hit the markets, retail chains were scooped up under the premise that savvy financial players could borrow lots of money for the purchase, slash operating costs and use the cash flow to pay off the debt, eventually making a tidy profit.

There was talk that Macy’s would be taken private and retailers such as Lord & Taylor, Burlington Coat Factory Warehouse Corp. and Claire’s Stores Inc. were snatched up.

Deal making slowed late last year, however, as the fallout in the subprime mortgage market and the tightening of credit made it much more expensive to borrow money even though the Federal Reserve Board continues to cut interest rates.

For any deals that were done, particularly buyouts, it’s still too early to tell what will happen or whether they were acquisitions that were overleveraged. Sun Capital Partners Inc., which essentially just did a hostile takeover of Kellwood Co., bought retailer Wickes Furniture Co. Inc. and furniture vendor Rooms to Go Inc. in 2002 for an undisclosed sum, a not-so-great move in retrospect, since Wickes went bankrupt.

Since 2006, valuations have shot through the roof in the buyout arena. So, too, has the corresponding debt that was used to leverage up the business.

One pre-2006 deal that seems insulated from economic malaise is the acquisition of Neiman Marcus Group Inc., which TPG, formerly Texas Pacific Group, and Warburg Pincus Inc., purchased in May 2005 for $5.1 billion. While the hope was to cash out through an initial public offering, an IPO doesn’t seem likely this year, given current market conditions. A source close to one of the private equity firms that bought Neiman’s said he isn’t concerned, stating that the funds are willing to wait until the climate is ripe for an IPO. Another source close to one of the funds said the deal contained what is known as a payment-in-kind toggle, a safety net provision that allows the fund owners to suspend payments to the bond holders in the event certain financial targets aren’t met.

So far, the bottom hasn’t dropped out of any of the deals in the fashion industry, and financial experts said some of the recent purchases could be shielded from bank pressure, thanks to favorable agreements cut during the go-go days before last summer. Some had so-called “covenant light” loans that had more favorable terms for borrowers and lessened the chance of an early default.

“The net effect of those [covenant light loans] may be to prolong the day of reckoning if a company is having trouble making its numbers,” said William Detwiler, partner at Watch Hill Partners, a boutique investment bank and advisory firm.