The Dealmaking That Brought Tiffany to LVMH

How the transaction came together and who's set to get big pay days out of it.

When Tiffany & Co. shareholders gather one last time on Tuesday to sign off on the company’s $16.2 billion sale to LVMH Moët Hennessy Louis Vuitton, it will be an ending, a beginning and, for some key executives, a very big pay day.

The 183-year-old New York retailer — which has its very own blue, has tried to own the concept of love through its engagement business and touts its star turn in “Breakfast at Tiffany’s” — will next week give up life as an independent company. But its port in the retail storm is a good one and under the umbrella of LVMH and the watchful eye of its chief Bernard Arnault, the American jeweler can start to craft a new and potentially much-higher profile image.

The acquisition — the largest luxury deal in Arnault’s long and storied career of luxury consolidation — is the result of a whirlwind six-week autumn courtship, details of which have been laid out in filings with the Securities and Exchange Commission.

It was a dance that included a high-powered working lunch, long weekends, an army of bankers, a call directly from Arnault to Tiffany’s banker, Goldman Sachs, and an effort to gin up competition from four other would-be buyers. According to sources and media reports, the list included luxury competitor Compagnie Financière Richemont and Berkshire Hathaway investing titan Warren Buffett.

LVMH repeatedly sought to press its advantage, noting, once word of the talks got out, that Tiffany’s newly elevated stock price would take a hit if news of weaker quarterly results were revealed. But the luxury giant raised its buying price as Tiffany chairman Roger Farah negotiated and the two sides found a deal they could both sign.

The result is a corporate transformation that could help the careers of many Tiffany employees since LVMH, which owns Bulgari, Hublot, Louis Vuitton, Rimowa and many more, is known for shifting executives between its various units.

More immediately, the deal will lead to big payouts to Tiffany’s top executives, who will see their stock and option awards, which were intended to vest over years, become payable all at once — and at the $135-a-share purchase price of the deal.

And if they lost their job because of the acquisition, they would receive golden parachute cash payments as well (Bogliolo’s would be the largest at $8.4 million).

Meanwhile, while not named in the SEC filings, it is understood the brand’s chief artistic officer Reed Krakoff will receive a package commensurate with that of the highest-paid senior executives.

Sneaking in under the wire was Daniella Vitale, who was named chief brand officer on Nov. 20 — just four days before the deal was signed — and received a total of 25,170 restricted stock units, which will translate into a pay day of $3.4 million after just over two months on the job. Vitale joined Tiffany only weeks after a whirlwind tour of the globe trying to find a buyer for the bankrupt Barneys New York. But the efforts ultimately came up short as the retailer was sold to licensing specialty Authentic Brands Group.

But all of those millions — which will ultimately come from the coffers of LVMH — are hardly a rounding error in a deal that brings the luxury giant to the U.S. on a major new front and promises to remake the competitive landscape in jewelry. 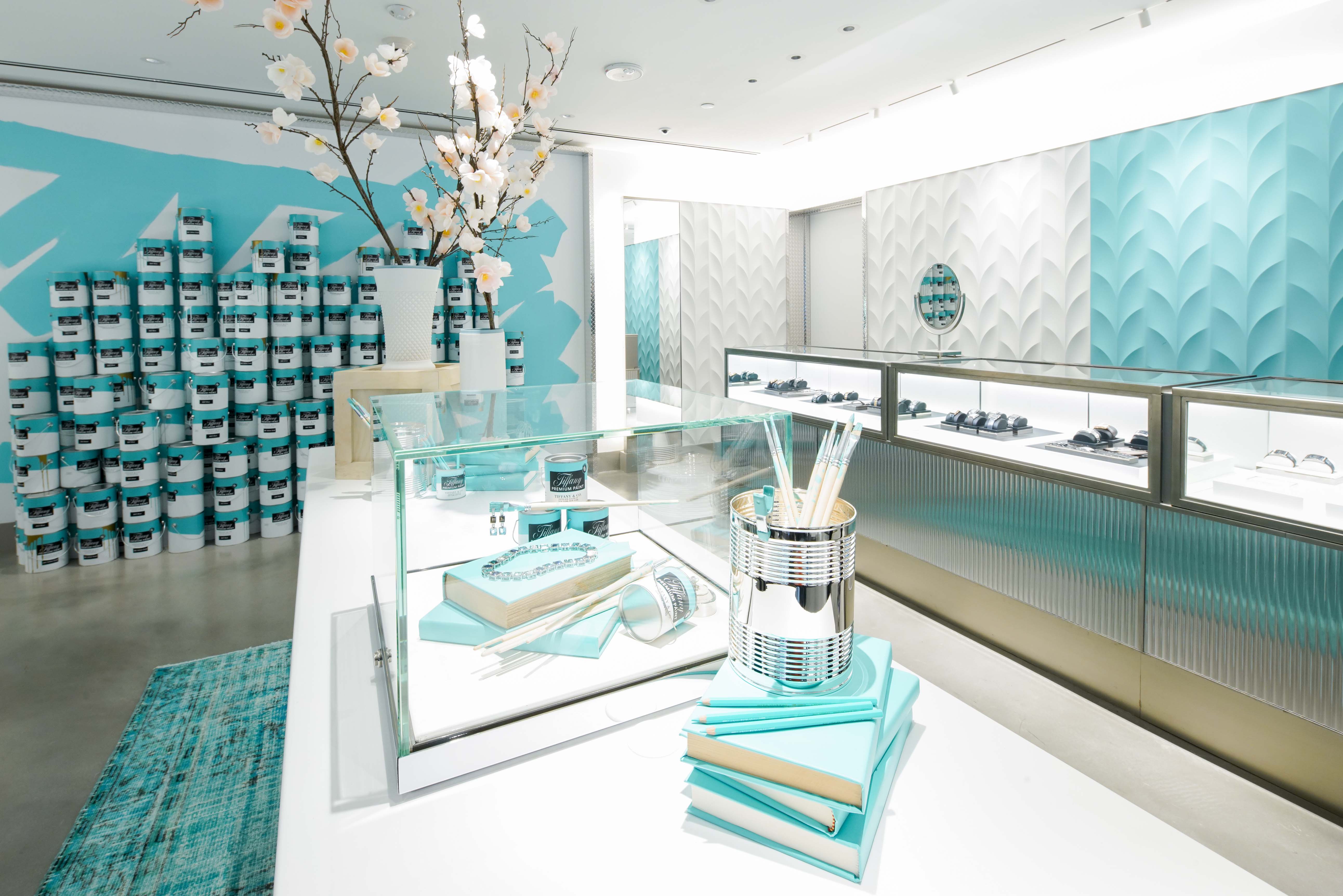 LVMH had been considering a possible run at Tiffany for some time, but the negotiations started finally on Oct. 15 and over lunch.

Antonio Belloni, group managing director of LVMH, invited Tiffany’s Bogliolo to lunch. And while Belloni did not lay out an agenda, he came prepared with a proposal to buy the jeweler at $120 a share, or about $14.5 billion. Afterward, Belloni reached out to Tiffany’s chairman, Farah, and informed him of the offer as well.

Tiffany’s stock closed that day at $91.04, but behind the scenes the wheels were in motion and LVMH had given the company eight days to respond.

The board met the next day and started the process to line up advisers, including Goldman Sachs and Centerview, and Francesco Trapani, a director at Tiffany who once served as a senior adviser to Arnault, recused himself from the proceedings. (Trapani also led LVMH’s watch and jewelry division as chairman and ceo from 2011 to 2014).

By the 18th, Farah replied to LVMH, letting the company know that the offer was being considered that he would be their point of contact.

That essentially put Farah, a well-respected fashion veteran and who was once a top executive at Ralph Lauren Corp., across the negotiating from Arnault.

The following days were filled with activity, the board’s finance committee met, Farah reached out to Goldman Sachs, LVMH agreed to keep the negotiations quiet, Sullivan & Cromwell was hired as legal counsel.

By the 26th, Farah told the board that LVMH was asking for “encouragement” of some kind or that it would withdraw the offer. The board asked management to put together a multiyear plan to get an up-to-date read on the company’s stand-alone prospects.

And the cat was out of the bag, as press reports revealed the deal.

On the 28th, nearly two weeks after the first approach, the two sides issued press releases confirming the talks, with Tiffany noting it was working with Goldman Sachs.

That prompted Arnault to step into the process himself that day.

“A representative of Goldman Sachs received a call from Mr. Arnault,” according to a Tiffany SEC filing. “Mr. Arnault indicated that he would be available to speak with representatives of the company at any point during the process, if appropriate.”

On Nov. 3, Tiffany’s management reported to the board and said its own projections for the company’s annual results were “less robust” than “assumed by Wall Street analyst consensus estimates,” which did not fully take into account protests in Hong Kong, worsening U.S.-China trade relations, the Yellow Vest movement in Paris and a slowdown in Chinese tourism.

That no doubt weakened the hand of Farah, but he contacted Belloni the next day and rejected LVMH’s $120 a share offer.

Over the next couple weeks, Farah “reached out informally in ordinary course investment banking coverage discussions to four potential alternative bidders that they believed were most likely to be interested in an acquisition of the company…. All four parties indicated that they did not have any interest in acquiring the company at this time for a price in excess of the price contemplated by the $120 proposal.”

During this time, Belloni offered $125 a share if LVMH could take a closer look at Tiffany’s books and was rebuffed by Farah.

But a few days later, Belloni offered $130 a share and ultimately gained access to Tiffany’s books to conduct due diligence.

On the 20th, Bogliolo and Erceg made a presentation to LVMH detailing Tiffany’s “business, operations and financial information.”

Farah met with Belloni the next day. 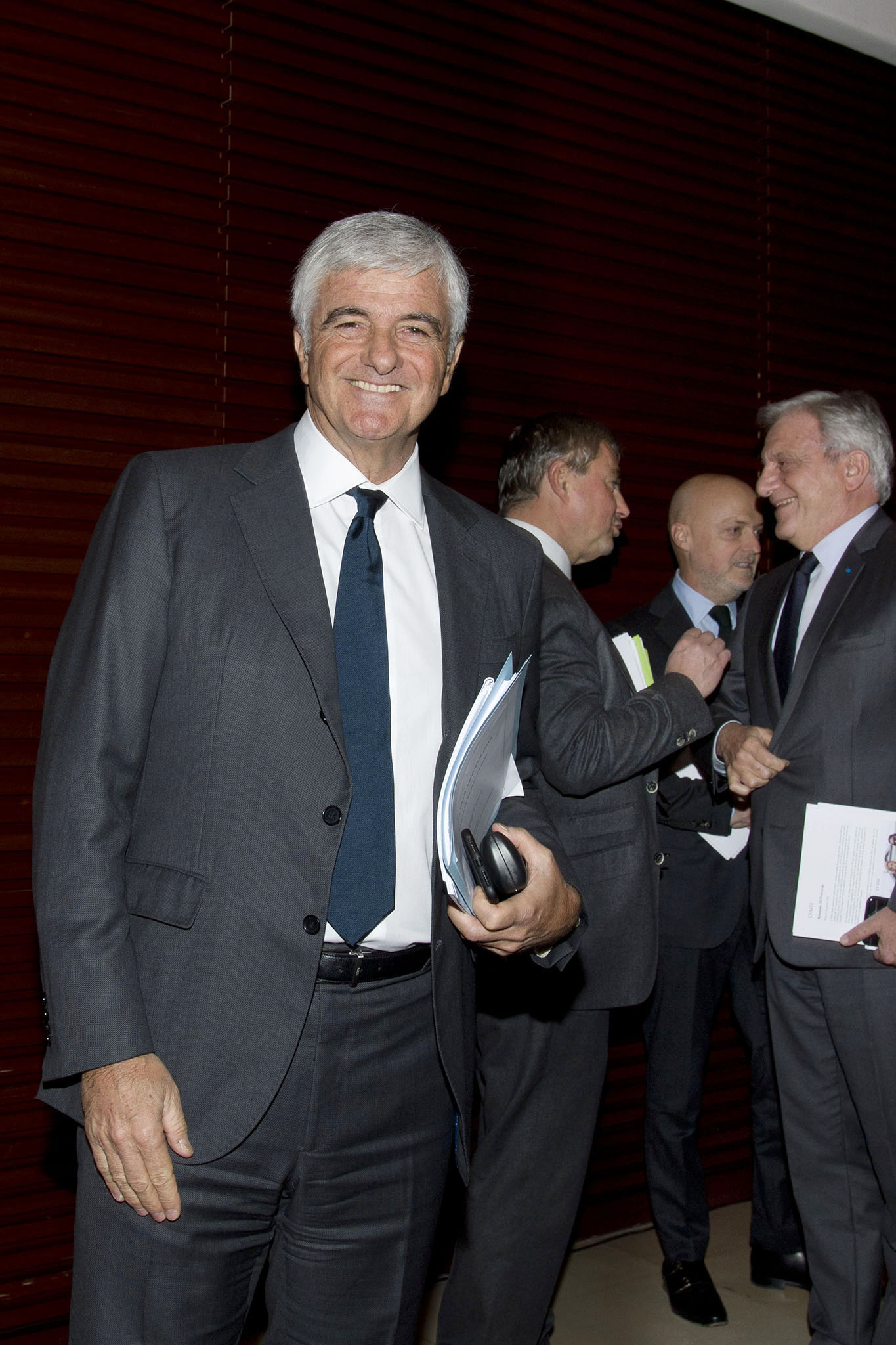 Belloni said LVMH could withdraw its $130-per-share offer and “reevaluate at a later date, at which point the company’s stock price could have decreased from its then-current price,” the filing said.

Tiffany’s financial advisers at Centerview then met with bankers at Citi, representing LVMH, in a negotiating session where the per-share price went to $131 and then $133 and finally $135, but “only if Mr. Farah could assure [LVMH] that a deal would be agreed at that price.”

Farah said he was willing to advocate for a deal at $135 a share and would call a board meeting.

The vote was unanimous.

Now, Arnault’s big deal goes to Tiffany shareholders, who are expected to give it the thumb’s up.