A slew of retailers painted a generally dour picture of the holiday season. 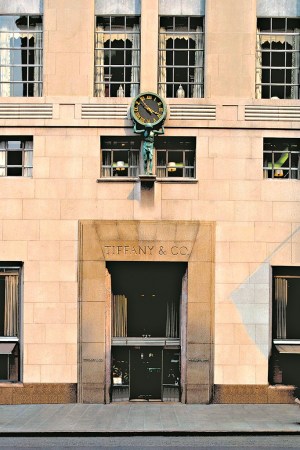 “Holiday period sales growth was at the low-end of our expectations, and we now expect that net earnings for the year ending January 31st will be at the lower-end of the forecast that we issued on November 29th of $3.20-$3.40 per diluted share,” said Michael J. Kowalski, chairman and chief executive officer.

The jeweler will give the final tally for the fourth quarter in March. Looking ahead, Kowalski said earnings in 2013 would grow 6 percent to 9 percent and that the company was planning conservatively for sales growth given “uncertainty about general economic conditions in all our major markets.”

Urban Outfitters Inc. said its comparable sales rose 9 percent including Web sales, while store comps on their own fell 1 percent, in part because goods bought on the Web, but returned to a store count against the store. Net sales increased 15 percent to $666 million. Ceo Richard Hayne said the company delivered better product and was more disciplined with its inventory, which led to “improvement in regular priced sales.”

That was not the case for many retailers, which marked goods down dramatically to move goods in what turned out to be a lackluster holiday season.

David Jaffe, president and ceo, said, “The Holiday selling season proved to be challenging and we increased promotional activity in order to ensure appropriate inventory levels going forward. We are taking the necessary markdowns in the second quarter to effectively transition into the spring season.”

“Following a strong Black Friday weekend, sales and traffic trends deteriorated significantly in December,” said Thomas Johnson, ceo. “From a merchandise perspective our core basics businesses, particularly graphics and fleece, remained challenged. We continue to manage our inventories carefully, and we will enter the spring season with fresh and updated assortments.”

The specialty store cut its fourth-quarter earnings projection to a range of 20 cents to 24 cents a diluted share, down from the 36 cents to 41 cents previously projected.

Holding its own was American Eagle Outfitters Inc. which said fourth-quarter comps through Jan. 8 increased 5 percent, versus a 13 percent bump a year earlier. The company said it continues to expect fourth-quarter earnings of 54 cents to 56 cents.