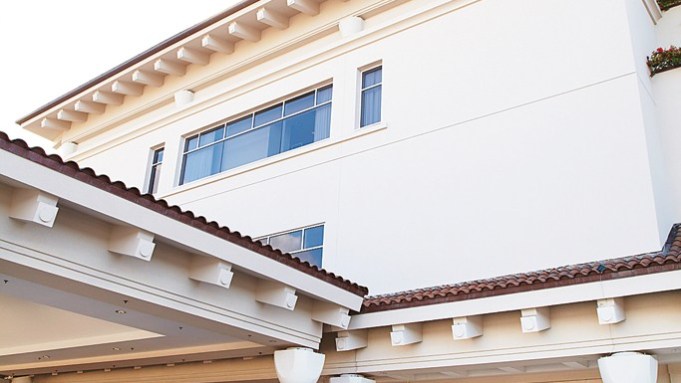 There may not be an “Indian summer” to the so-called IPO window — and that could impact a string of retail offerings on deck.

A number of firms have filed to go public, including Neiman Marcus Group, Vince, Burlington Coat Factory Warehouse Corp. and Claire’s Inc. In the case of Neiman’s and Vince, the expectation is that a initial public offering would entail just a portion of the company. And of the four slated to go public, it might be crunch time for Neiman’s.

Neiman’s owners, private equity firms TPG and Warburg Pincus, are pursuing a dual track that has them considering an IPO while also pursuing an outright sale. Bids from potential buyers are said to be due soon, but so far the retailer is said to have attracted little serious interest. Meanwhile, the IPO market could dry up if global factors such as Syria and the weak economy result in a downturn in the stock market.

At least for the moment, most financial and market sources believe that an IPO is Neiman’s best option.

TPG is said to be anxious to unload its investment in Neiman’s to return money to its investors. TPG and Warburg paid $5.1 billion for Neiman’s in 2005.

Neiman’s remains a marquee name in retail, and while some bankers consider it one of those exceptional assets that become available only rarely, the appeal of Neiman’s could also likely decline as the stock market corrects, retail sales drag and the wealthy get hit with increased taxes on capital gains next year, reducing their propensity to spend. Capital gains taxes also impact private equity deals.

“The IPO is the right way to go. These guys [owners] need liquidity,” said one retail investor. “I don’t know that another private equity would come in and give them the return they want. The [public] marketplace can provide liquidity over time. I like that play.”

“From everything I have heard, I believe Neiman’s shareholders would best be suited by completing a public offering,” said Gilbert Harrison, chairman of Financo.

Saks Inc. made an offer for Neiman’s, in partnership with KKR & Co., in a bid that wasn’t far off Neiman’s asking price north of $6 billion, sources said. However, that offer was on the table in July, before retailers reported weak second-quarter results for the most part, and before the prognosis on business turned sour. Neiman’s rejected that offer.

“There could have been some billionaire buyer in the Middle East market looking at Neiman Marcus, but they’ve also become more commercially oriented,” said one former retail chief executive. “Neiman’s is a unique name but $6 billion is at the high end of the equation.”

That raises the question of who would pay $6 billion-plus for the specialty store targeting well-heeled shoppers.

One banker, who requested anonymity, said, “I think Neiman’s has its challenges. It is a unique asset, but it may not get its valuation. It has some suitors, but the sellers may have to reduce their expectations. I’ve seen a lot of these retail deals. What’s important to these buyers are brand cachet and growth opportunity. Neiman’s has a strong back pocket as far as its brand cachet. But there’s a limited group of buyers who can pay that price.”

Richard Kestenbaum, partner at investment banking firm Triangle Capital, said, “Neiman’s at $6 billion is a real trophy purchase, so the best candidates are foreign. But can it be worth three times more than what it is worth today?

“There are all kinds of calculations — financial, social and emotional — that go into the purchase of a company. It’s hard to say which is the lead driver. They all have to be in alignment for the transaction to go through for something as big as Neiman’s,” Kestenbaum said.

Growth prospects might be the trigger point that hurts Neiman’s chances of obtaining a higher valuation.

“Their situation is fundamentally different than it was 15 years ago,” said one financial source. “Fifteen years ago, Burberry and Gucci didn’t have stores in every city.”

That dynamic has the company’s backers exploring all their options.

“Warburg and TPG are turning over every rock in an effort to get somebody to bite,” the source said. “Their fall back position is to take it public.”

Experts say growth for Neiman’s is limited and weighted toward the Internet and outlets, rather than the core full-price stores. Recent Neiman Marcus full-price openings have largely been in secondary markets like Topanga and Walnut Creek, Calif., and have met with mixed success. The Natick Mall in Massachusetts has also been a tough location for Neiman’s and other retailers there, according to sources.

Sources also question how Neiman’s would benefit from once again being owned by private equity, such as KKR or CVC Capital, both of which are said to be interested, rather than a strategic player, which doesn’t appear to be in the mix of potential bidders. Sources said that a Qatari sovereign wealth fund and Galen Weston, owner of Holt Renfrew, Loblaw’s and other chains, both took a pass on Neiman’s.

Estimates on Neiman’s price tag have largely been based on Hudson’s Bay Co.’s definitive agreement to buy Saks for $2.9 billion, including debt, or 10 to 11 times earnings before interest, taxes, depreciation and amortization. But it’s not necessarily a fair comparison, considering Saks can cut back of the house functions and staff and consolidate into HBC’s shared services operations, thereby saving at least $100 million annually and offsetting some of the acquisition cost. In addition, Saks owns more of its real estate than Neiman’s, including some very valuable properties such as the Fifth Avenue flagship. HBC ceo Richard Baker has articulated long-term growth strategies for Saks, as well as the Lord & Taylor and Hudson’s Bay divisions, and plans to pump a lot of money into the stores, whereas Neiman’s has been less compelling in outlining the long-term strategy. “Saks now has a lot more money to spend,” said one retail source. “Neiman’s management is concerned about that.”

“The multiple works for Baker because of the leverage he can now get. Synergy factors play into the multiple. Real estate factors in, too. This is not really an apples-to-apples comparison,” a financial source said.

On the other hand, Neiman’s could gain some market share if Saks converts some locations to Lord & Taylor, and as HBC works to integrate Saks into its portfolio and reorganize management.

“In this case, I don’t think it makes sense for one private equity to buy from another,” said one retail investor.

Neiman’s and the other three retailers filed their shelf registrations with the Securities and Exchange Commission earlier this year when the perception was that the economy was in recovery mode, albeit a slow one. Fast forward to the end of August and now there are some concerns that could have far-reaching implications for the global economy. The most obvious one is Syria.

To be sure, news over the past few days suggests that a Western-led attack could be forthcoming in reaction to the Syrian government’s alleged use of chemical weapons within its borders. Western officials have given indications that a decision might be made this week or next.

An attack, if it were to happen, raises some complicated uncertainties.

Rising oil prices would be a given in a protracted engagement, but how high will those prices be? While the U.S. isn’t as dependent on oil as it was in the Seventies, that’s not so true in a global economy. And what about neighboring countries such as Egypt and Iran? Could a protracted engagement between the Western countries and Syria trigger a series of Middle Eastern flash points that keep escalating?

The equity markets seem to have begun factoring in the possibility of an attack as many global indices in the past few days have trended down. Still, it’s not just Syria that’s an issue as one eyes the back half of the year. In the U.S., for example, many retailers have cut annual profit expectations after posting second-quarter results. Those forecasts are coming at a time when, after U.S. stocks have hit their near record highs, the normal ebb-and-flow cycle suggests some pullback anyway. All that makes it hard to determine which is the cause and which is the effect.

Despite the general jitters, Wall Street gained some ground on Wednesday. The S&P 500 Retailing Industry Group rose 0.5 percent to 811.36, while the Dow Jones Industrial Average inched up 0.3 percent to 14,824.51.

Some investment bankers said a perceived slowdown in the economic recovery could cause the IPO window to close, but that’s not a hard and fast rule.

Triangle Capital’s Kestenbaum said, “The IPO window is the most fickle of all financing options. It’s the fastest to open and the superfastest to close. It’s very hard to predict what will make it open and close.”

According to the banker, “Events that could trigger a closing of that window include an attack on Syria if it creates a war, people lose confidence in the recovery, or significant companies have a decline in earnings. All these things can scare the market and close the IPO window. The stock market is reacting as if it knows an attack is coming. If that attack occurs and it turns disastrous, such as the 1979 hostage crisis in Iran, the equity markets would not react well to that.”

Paul Altman, managing director at investment banking firm The Sage Group, said, “This is a really interesting time in the marketplace in light of what’s happening in the world. From a macro perspective, the market isn’t great. There’s an uncertainty regarding the economic recovery and its effect on Europe and the challenge to consumers if oil prices rise. On the micro side, earnings reports have been disappointing from some retailers and wholesalers. There have been some gems, but a number of the firms were not doing great.”

Philippe Faraut, managing director at Intrepid Investment Bankers, said that so far the second half is busier at his firm in terms of mergers and acquisitions activity. “We have been engaged on four new opportunities since June. We believe a shutdown of the IPO market because of political uncertainty will only accentuate the uptick in M&A,” he concluded.

That said, Altman noted that even if the IPO market closes, there could be a public market for exceptional assets. He cited Vince as one exception. “I think Vince will go out strong [in an IPO]. Compared to others looking to go public, Vince’s brand story is strong. It has good product, strong performance and an energized management team,” Altman said.