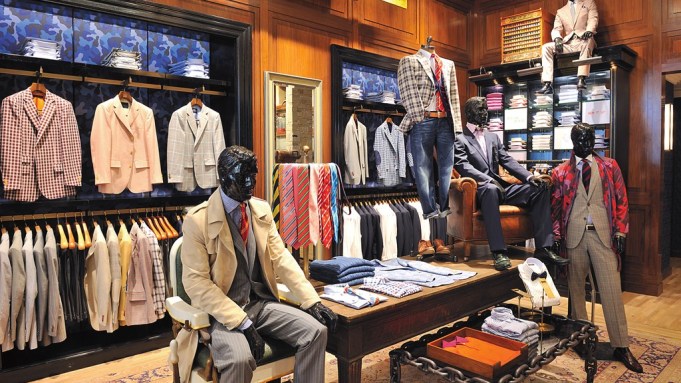 LONDON — The $3 billion acquisition of the Tommy Hilfiger business in 2010 was one of the most recent home runs notched by PVH during Allen Sirkin’s tenure. That acquisition nearly doubled the size of the group — and gave it the firepower to expand into Europe and the Far East.

“Allen played a critical role in making the deal happen and successfully integrating the U.S. Tommy Hilfiger business with PVH,” said Fred Gehring, chief executive officer of Tommy Hilfiger. “We are very grateful for his involvement during this important time. He is a true gentleman.”

On Sirkin’s watch, PVH not only bought the Hilfiger name, but an international network of retail stores; multiple categories of men’s, women’s and children’s businesses; an exclusive deal with Macy’s, and a strong foothold in the European and Asian markets. Over the past two years, that business has expanded rapidly worldwide — and in the Far East in particular. In the fourth quarter of 2011, the brand grew 15.8 percent, hitting $815.8 million, although PVH said growth was set to slow to a maximum of 2 percent due to unfavorable foreign currency translation.

But last week Gehring was more bullish about the forecast for growth. “Business continues to be really, really strong almost everywhere now,” he said during an interview in Tokyo. “So if this continues, I would assume we should be able to ease up a little bit [on the forecast]. It’s a reflection of the concerns about the marketplace in general.”

The Tommy Hilfiger retail machine continues to steam ahead: In mid-April, the company opened an 11,000-square-foot flagship at the intersection of Omotesando and Meiji Dori, two of Tokyo’s busiest streets. The new store is the brand’s biggest in Asia and its first true flagship in the region. In addition to stocking the full range of collections, the firm is offering its bespoke tailoring service for men, which allows customers to customize linings, pockets, buttons and other details on suits.

Later this month, Hilfiger is set to open an 8,380-square-foot anchor store in Osaka, Japan, and it has recently opened its largest store in Hong Kong, on Nathan Road. The Hong Kong unit spans 6,170 square feet over three floors. During the interview in Tokyo, Gehring and John Ermatinger, ceo for Asia, said Hilfiger is investing in both China and India. The Hilfiger brand is already present in 12 Asian countries with more than 900 points of distribution. The company recently took the business in-house in China, and inked a joint venture partnership in India.

“Our eye is on a number of countries,” said Ermatinger. “We believe there is potential throughout the Asia region.” Gehring said it was too early to give specifics on both China and India and the company is taking a measured approach. “Everybody talks major numbers about these markets, specifically China, obviously. Whomever I hear in the press or in presentations always talks China and a billion in one sentence. One way or the other, that’s clearly not going to happen to everybody. That’s just realistically impossible. And I think that as this market grows and expands and many, many new players come in, there’s going to have to be also a much greater level of care and attention to how you go into this market and what the approach should be,” Gehring said.

He said he hopes at some point in the “near future” to open a large store in one of the major Chinese cities and at that point Hilfiger will be able to clarify its outlook for the country. “We have definitely a strong growth outlook in China but to quantify it would be a little tricky right now.”

Last year, the Hilfiger brand rang up $5.6 billion in worldwide sales at retail, with distribution in more than 90 countries. The brand that Tommy Hilfiger himself launched with the Indian fashion tycoon Mohan Murjani in 1984 endured a roller-coaster ride of ups and downs before arriving at its current robust position in the PVH portfolio. The company faced some existential threats over the years, including the implosion of Murjani’s holdings, which led to the brand being acquired in 1989 by Silas Chou and Lawrence Stroll, who most recently took Michael Kors public in one of the most lucrative fashion initial public offerings in recent history.

In the Nineties, Hilfiger famously veered off course and embraced a contemporary, urban look and audience, which boosted sales while muddling the brand message. But the company eventually dug itself out of that hole, and made a fresh start — in Europe. It was positioned at a higher price point with a more premium look than in the U.S. Upscale stores sold — and continue to sell — the brand on prime shopping streets in Europe and deliver a consistent message of preppy, all-American designs with a twist.

Since returning to its roots, Hilfiger’s sales have steadily grown around the world, including Asia, Europe, Central America and South America, with each market responding to the preppy look in their own way. “If the Italians are wearing preppy in a very bright and colorful way, in Tokyo they are wearing pattern with pattern and tartan with argyle. In Santiago they are wearing very clean, slick silhouettes but it’s still preppy. In America, it’s very eclectic,” Hilfiger told WWD.

Last October, the Tommy Hilfiger Group inked a deal with the Walt Disney Co. for a limited edition capsule collection of children’s wear for markets outside the U.S. The Meet the Family capsule collection features a raft of Disney characters including Mickey and Minnie Mouse, Donald Duck and Pluto dressed in the Tommy Hilfiger spring children’s collection. The 10-piece capsule collection includes four T-shirts each for boys and girls, a sweater and a dress. Disney artists have drawn the characters wearing pieces from the spring children’s collection. The collection, which is for children ranging from 18 months to 8 years, launched in February at Hilfiger stores and wholesale mainly in Europe, at stores including Selfridges, and in South America.

The brand’s positioning in the premium segment below luxury has been beneficial to its growth. “We’ve been able to break through difficulties in the financial crisis,” Hilfiger has said. “And we’ve been able to grow faster in various areas. We are still a status brand but still affordable and accessible.”

A maxim Hilfiger tries to impress on advice-seekers is the importance of establishing an enduring style rather than chasing short-lived trends. “When you are branding and building a brand, remember that fashion is very much a part of it, but fashion is fleeting and style is forever,” he said.