Accessories firm could raise as much as $319 million in an initial public offering later this month, according to a regulatory filing Monday with the SEC. 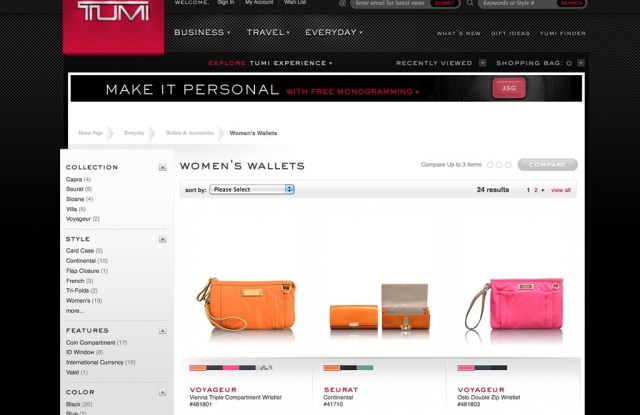 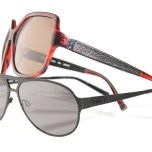 Tumi Holdings Inc. could raise as much as $319 million in an initial public offering later this month, according to a regulatory filing Monday with the Securities and Exchange Commission.

The premium luxury lifestyle luggage and accessories firm said in the filing that the company and its selling stockholders are offering nearly 18.8 million shares at between $15 and $17 each, which would imply a market value of $1.15 billion. Shares of Tumi have been approved for listing on the New York Stock Exchange under the symbol TUMI. The company is expected to go public around April 19.

Tumi said in its December registration statement filed with the SEC, “We are a high-growth, global, premium lifestyle brand whose products offer superior quality, durability, functionality and innovative design. We have grown at a compound annual growth rate of 12 percent in net sales and 16 percent in operating income from 2005 through the last 12 months ended Sept. 25, 2011.”

Monday’s filing said for the year ended Dec. 31, net sales and operating income were $330 million and $60.4 million, respectively. The firm distributes its products in more than 70 countries through 1,600 points of distribution.

Founded in 1975, Tumi was incorporated in Delaware in September 2004, in connection with its acquisition by funds managed by Doughty Hanson.

Known for its innovative use of ballistic nylon, the same used by law enforcement agencies for SWAT gear and cargo bags, the company has positioned itself as a prestige brand. Travel products comprised 46 percent of net sales in 2011; business cases 40 percent, and accessories were 14 percent.

A deluxe wheeled leather brief with laptop case under its Alpha line sells for $995. A women’s leather Nicols everyday tote from its Sloane collection retails for $495, although a fabric tote, the Toulon pocket tote from the Voyageur line, is priced at $295.

The planned public offering follows on the heels of luxury firm Michael Kors’ IPO in December, which raised $944 million.

Other firms are taking advantage of what seems to be an opening in the U.S. IPO market.

Since the beginning of the year, more than 30 firms have gone public in the U.S., and more are slated on the horizon. Some, such as Millennial Media and CafePress, which both went public last month, are tech-related firms. The biggest one waiting in the wings is Facebook, expected in May, which on Monday offered to buy Instagram for $1 billion.

According to an SEC filing last month, one retailer looking to raise $500 million is arts and crafts chain Michaels Stores Inc., which was taken private by Bain Capital and Blackstone Group in 2006.

Although it hasn’t said anything yet, another retailer some have said is eyeing the public markets is Neiman Marcus. Sources speculate Neiman’s could consider an IPO later this year.