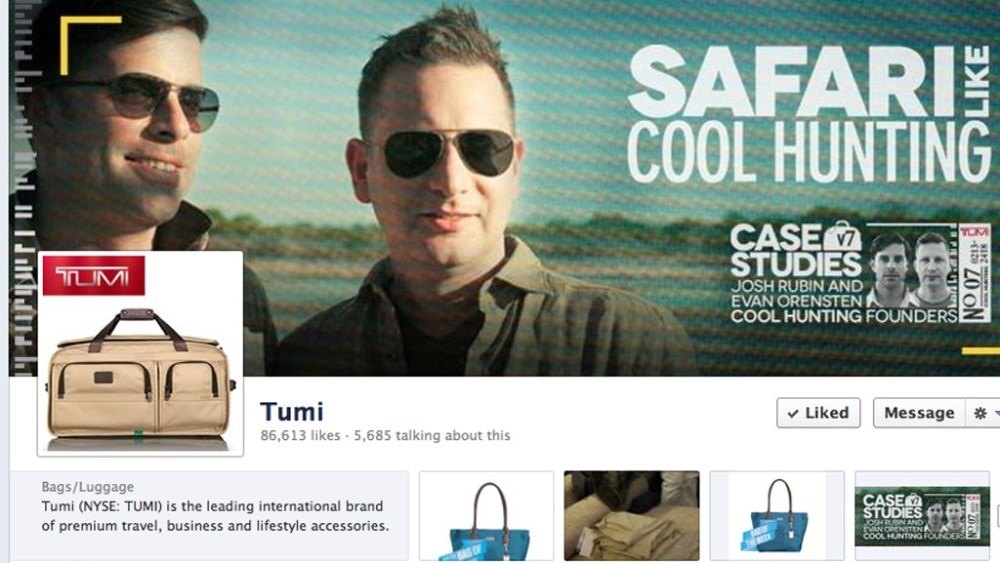 NEW YORK — Tumi is on a hot streak.

After an initial public offering on April 18, the luxury travel and accessories brand has maintained its momentum, with second quarter profits rising 182 percent. The stock opened at $18 and traded as high as $28.70 on April 19 prior to dipping below its offer price on May 18, and on Aug. 17 closed at $22.72.

Distribution — including Tumi stores, Tumi partner stores and wholesale partners — stands at about 1,600 doors worldwide, with about 750 of these in the U.S., 525 in Europe, the Middle East and Africa and 375 in Asia.

“From an operational perspective, there hasn’t been much change at all. We’re still doing what we’ve been doing the last few years,” chief executive officer and president Jerome Griffith said of the four months since the company went public. “The strategy hasn’t changed at all, the outlook hasn’t changed at all. Other than speaking to analysts on a more regular basis, there’s not much change. You don’t really want a lot of change; you want consistency there.”

Less than half the company’s sales and about a quarter of units sold are travel or travel-related items, according to Griffith. Women’s specific items, as well as accessories like small leather goods and technology accessories, eyewear, outerwear and electronics comprise 12 percent and 10 percent of the business, respectively, and a significant amount of revenue comes from business cases and day bags.

He pointed out the company has grown for the past 11 consecutive quarters and he expects to maintain that in the third quarter. For 2012, the company projects net sales to range from $390 million to $395 million. In the second quarter, net sales grew 22 percent to $96 million, while adjusted net income (excluding the noncash dividend expense on mandatorily redeemable preferred stock and preferred equity interests and a one-time item) rose 40 percent to $11.3 million. In North America specifically, direct and indirect businesses saw 23 percent growth. The former was driven by the opening of seven stores in the U.S. during this period in places like the Flatiron District in New York City, Pioneer Place in Portland, Ore., and Pentagon City in Virginia. Sales per square foot went from $972 on Dec. 31 to $1,014 on June 24.

“We will only do around $400 million in sales this year. We have a long way to go before we reach any scale. We have several years of great growth in front of us. It will be the same company — focused on business and travel lifestyle — but it will just be larger with a lot more controlled distribution,” Griffith said of the next few years.

He detailed Tumi’s five-part growth strategy, which starts with continuing to expand its retail base. The brand added a door in Düsseldorf at the end of July and Beverly Hills will open in early September. Eight more units will open by year’s end, with plans to add eight to 16 stores a year going forward. Griffith sees an opportunity to triple Tumi’s store base on a global scale having already identified close to 200 possible locations in cities such as Washington D.C. and additional boutiques in New York.

The second part of the strategy focuses on overseas expansion. Tumi is already carried in 70 countries with plans to further penetrate Europe, the Middle East, Africa and the Asia Pacific region.

The largest market for the company is still the U.S., but Griffith said Asia Pacific is growing the fastest. Currently, Tumi operates 375 points of distribution in Asia Pacific through a partnership with Imaginex Group in Greater China and Hong Kong and with the Valiram Group in Singapore and Malaysia.

Last week, a store opened in Plaza 66 in Shanghai, and the remainder of the year will see at least one more door in the city.

The company has also refocused its efforts in Canada and Latin America to establish a larger presence in these areas, and in Europe, senior management has been appointed to help fuel growth there. Germany, where Tumi has six stores, is the largest market in Europe for the brand, according to Griffith, who said the market can “handle many more stores.” He added that the company has entered Brazil and India in the past 12 months, with a third Indian store planned for later this year.

Tumi sees significant potential for brand extensions, including optical eyewear and sunglasses, but also items designed specifically for the female consumer. Then there is new product, such as the super lightweight, hardcased Vapor and Tegra-Lite collections, and collaborations with artists and designers such as Dror and Anna Sui. In September, both the Tegra-Lite bulletproof attaché and a new personalization program will be launched, and in November a Tumi Mixology Case will be introduced in partnership with Ketel One Vodka.

Digital is another category the company has begun to pay more attention to in the past year, especially Facebook and YouTube. Branded content is developed for the site and stores are now equipped with monitors to further engage consumers and enhance the in-store experience. Tumi also maintains m-commerce and e-commerce sites in the U.S., U.K., Germany and Japan, is active on Twitter and Instagram and has even begun to translate content for its Chinese, Korean and German fans.

“[We’re] increasing awareness mostly through social media. These numbers have gone up and we continue to get our name out there, but we still don’t think that we’re well known [enough] yet around the world,” Griffith said. “We have a lot of opportunities to increase brand awareness through more stores because the more stores you open the more people are aware, but we’ve also embarked on an aggressive social media campaign. A year ago we didn’t really have a social presence at all, [so] we’ve put marketing efforts into that.”

According to Maureen Mullen, director of advisory research at New York University think tank Luxury Lab, or L2, which measures digital efforts of prestige brands, Tumi’s digital efforts in the past year have resulted in some of the fastest growth on Facebook across the specialty retail category. Since August 2011, through content and initiatives such as “Did You Know” travel tips, Bag of the Week contests and a “Case Studies” video series, its following on the medium grew by 760 percent in just 13 months to almost 87,000 “likes,” Mullen said.

“Tumi understands the evolving multichannel consumer and provides opportunities to interact with the brand across multiple touch-points,” said Mullen, whose firm consults with the brand on its digital strategy.

Tumi’s vice president of marketing and e-commerce Michelle Cutter pointed out that since “Case Studies” — a series of lifestyle packing videos that launched on YouTube in April — the company’s channel on the site has had nearly 82,000 views, 18 percent of them from mobile devices. The multiplatform campaign is marketed on all the brand’s channels, including e-mail, its digital flagship, social media platforms, paid digital placements and from a p.r. standpoint.

“Packing is so personal. We wanted the videos to have a common thread of packing tips, but also let the viewer peek behind the curtain and get a glimpse of the story behind each of their travel lifestyles,” Cutter said. “This is the anti-celebrity digital campaign. These are real people that truly love our brand.”

The brand tweets from its Twitter handle @tumitravel between 10 and 20 times per day, and often uses the tool to connect with consumers to handle customer service related issues. This year, it started to use the photo-driven Instagram to give followers a peek into the company’s personality and design and marketing efforts.