The Communist regime guiding China's red-hot economy and its 1.3 billion people onto the world stage has had to take the good with the bad over the last year. And fashion companies, increasingly vested in the country's fortunes, are forced to ride the... 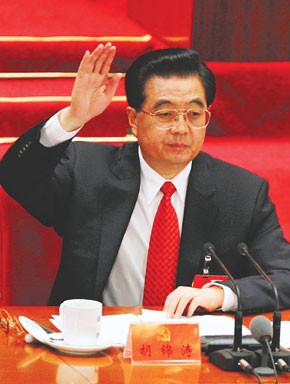 Prada Swings to Profit, Reports Strong Growth in First Half of 2021

Wolverine Bounces Back in the Second Quarter

The Communist regime guiding China’s red-hot economy and its 1.3 billion people onto the world stage has had to take the good with the bad over the last year. And fashion companies, increasingly vested in the country’s fortunes, are forced to ride the economic and political currents.

The China that prized uniformity under Mao has become a study in contrasts. Masses of rural poor migrate to coastal cites to work in sometimes laxly regulated factories that churn out $22.7 billion worth of U.S.-destined apparel annually. They provide a steady stream of low-cost fashions to Americans and fuel a Chinese economic machine that has turned out a newly rich few who, with a growing taste for fine things, make up a luxe market of enormous potential.

This story first appeared in the December 11, 2007 issue of WWD. Subscribe Today. View the full coverage of  WWD Year in Fashion 2007 at www.wwd.com/yearfashion07 Given double-digit economic growth, a higher profile with the Olympics in Beijing next year, ongoing product safety and environmental concerns and continued political friction with the U.S., China should continue to present both challenges and opportunities for the fashion industry in the years ahead. Here are a couple of takes on 2007.

A flood of safety concerns and recalls, from tainted pet foods and toothpaste to toys made toxic with lead paint, struck at the heart of the Made in China label this year.

But shoppers, while avoiding some products, did not retreat en masse from Chinese-made goods — a good thing for brands, since a third of all U.S. apparel imports originate in the Middle Kingdom.

The issue, which led to high-level reviews in Washington and Beijing and calls for new regulations, served as a warning for fashion companies busy reorganizing their global supply chains.

After the safety issue surfaced, as well as an increased emphasis on the environment, companies began looking at how they could better control their supply chains -—which might all add up to increased costs.

“You have to honor and reward suppliers that have the know-how, that have the knowledge level and have the resources to do the right thing,” said John Eapen, chairman of the American Apparel & Footwear Association’s environmental task force.

“[If] you go for the cheap stuff, this is what you get,” he said. “When you don’t have the relationship and you don’t pay them properly, they’re trying to cut corners and you can get into trouble. When you have 2,000 suppliers, somebody’s going to cheat you.”

It’s a tall order, since companies are being held responsible for the entire supply chain.

Wal-Mart and Nike, among others, were dragged into the headlines as revelations that a textile factory in Dongguan, owned by Fountain Set Holdings, had been dumping contaminated water from its dyeing operation into local waterways.

Even though brands do not usually have formal relationships with such upstream suppliers — they deal more with factories — consumers tend to blame the name they know and the companies they have contact with.

Given consumer interest in all things green, the issue is likely to remain important.

“There’s a lot of pollution in the Pearl River Delta,” said Paul Charron, former chairman and chief executive of Liz Claiborne Inc. “There has been unbridled growth without appropriate checks and balances. I think that period of unbridled, undisciplined growth is about to be over.”

Since they are rooted in the supply chain, the environmental and safety issues are not so different from the labor rights concerns that fashion has been dealing with for more than a decade.

That’s not all firms have to contend with, however.

Chief among the other trading concerns with China are currency policies that critics claim keep the yuan undervalued by up to 40 percent. This gives producers in China an advantage over their American counterparts.

In May, China did loosen some of its restrictions on the yuan, allowing its value to fluctuate a bit more, but it was nowhere near enough to take the pressure off U.S. lawmakers.

“We still have a huge trade deficit with China, which then causes us to want to work with them to adjust — to let their currency float,” said President Bush, who pressed Chinese President Hu Jintao on the issue in September in Sydney. “We think that would be helpful in terms of adjusting trade balances.”

Increasing the value of the yuan, however, would make fashions produced there pricier.

There are other price concerns as well.

After almost 20 years of stagnant wages, Chinese manufacturing workers are demanding better pay and conditions. Labor researchers estimate wages for manufacturing jobs in China rose 10 to 15 percent over the past few years as some migrant workers decided to stay on their farms instead of making the trek to factories.

Also, many of the 150 million to 200 million migrant workers in the country have picked up experience and skills that gives them leverage to demand better pay.

“China’s advantage for a long time has been low-cost labor,” said Li Chang’an, a researcher with the China Labor Studies Center at Beijing Normal University. “Now it’s losing that edge a little bit. But it has not totally disappeared.”

In many ways, China is a country shooting for the moon — and not all of these ways are metaphorical.

Showing off the country’s technological prowess last month, Premier Wen Jiabao unveiled pictures from China’s first lunar probe — a precursor to manned missions and the kind of statement, like the upcoming Olympics, the country uses to show it is a force to be reckoned with.

Economically, certainly, China is a juggernaut, barreling forward yet again this year and barely bothering to blink at its overheated stock market or fast-rising consumer prices.

Despite several warning signs like hyperinvestment and inflation, most analysts agreed China’s economic prosperity remained the country’s strongest attribute in 2007 and the outlook does not appear poised to change anytime soon. China’s unparalleled economic growth since it began trading globally in earnest in the Eighties and joined the WTO six years ago, has lifted millions of people out of poverty, built entire cities and changed the face of a nation.

Beijing’s retail scene is booming. With stores opening weekly, the city is being transformed into a shoppers’ paradise that could rival other world capitals, and its undeniably more chic southern neighbor, Shanghai. Retailers have lashed their hopes to the 2008 Summer Olympics wagon and are counting on the expected influx of people and money with the Games to bring boundless business. Such infrastructure improvements as a widely expanded subway system will remain after the Games conclude.

“The Olympics have focused energy on building Beijing up all at the same time, at a time of unparalleled optimism and faith in China’s future,” said P.T. Black, partner in the Shanghai-based market research firm Jigsaw International. “It means that there is a lot of aesthetic competition and inspiration, and a real sense of experimentation reshaping the city.”

Both in Beijing and China’s other major cities, the luxury boom is expected to continue well beyond 2008.

LVMH Moët Hennessy Louis Vuitton, for one, is there for the long haul. Fendi, which has 10 stores in China, held an opulent fashion show atop the Great Wall in October, with the wife of the Chinese prime minister seated next to chairman Bernard Arnault. The Louis Vuitton store in Shanghai’s Plaza 66 complex outpaces the brand’s Chicago outpost.

“If the economy continues at the same rate, 25 years from now, China will be the greatest global economic power, which means we will have a potential comparable to the U.S. today,” said Arnault. “If things continue at this rhythm, [China] will be the most important country on the economic agenda for a business like ours.”

The World Bank continues to issue strong predictions for the Chinese economy, estimating that double-digit growth will continue. The bank believes China’s strength will even buffer it from potential problems like a major slowdown in the U.S., or economic and global problems created by the subprime lending crisis. Overall, the bank predicts China’s gross domestic product will grow by 11.7 percent this year and slightly below 11 percent in 2008.

“China is well placed to deal with the possible impact of slower global growth,” Louis Kuijs, the senior World Bank economist for China, said during release of the bank’s last quarterly report on the Chinese economy. “A moderate global slowdown would actually mitigate concerns of policy makers on overall growth, inflation and the trade surplus, while China’s strong macroeconomic position provides room to adjust the domestic policy stance if necessary.”

Even though its industrial growth has earned it a growing reputation as a global environmental menace, China has made some strides this year in its environmental protection and cleanup plans, both legislatively and on the ground. In a recent report, the United Nations Environmental Program lauded China’s leadership for its commitment to cleaning up the capital city for the Olympics. Though the report acknowledged significant air, water and soil pollution problems will almost certainly exist during the Games, Beijing’s natural environment is steadily improving because of the serious pre-Olympics push for less pollution.

Major polluting factories have moved outside the city, the local government has promised traffic control to curb emissions and various other plans are in place.

“The initial scorecard on the Beijing Olympics and Paralympics 2008 is positive in terms of the greening of the Games,” Achim Steiner, UNEP executive director, said on release of the report in October. “The more than $12 billion spent by the municipal government and government of China appears to have been well spent — and will be even more well spent if the lessons learned and measures adopted are picked up by municipalities across the country, so as to leave a real and lasting nationwide legacy.”

On a national level, the central government has lengthened its track record of approving strict environmental law. The serious problems remain, however, in enforcement at local levels, where a lack of staff and central control often break down.