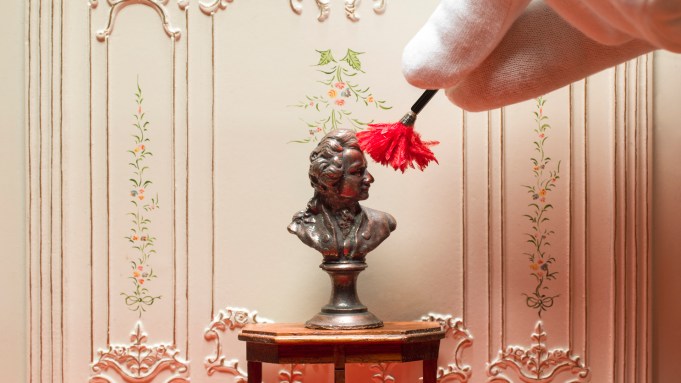 Being rich isn’t what it was. If it doesn’t pulse with digital life, tell time with style, provide a soft night’s slumber or get you elegantly drunk, the ultra-affluent just aren’t spending on it.

Or they’re not spending as much.

That’s a decrease of 21.6 percent for the roughly 3.3 million households that make up the nation’s top 2 to 3 percent, according to Unity Marketing.

Blame Wall Street, which got a serious case of the jitters this summer. Or the passing of the spending torch to relatively small Gen X. Or the tony brands that are moving premium goods at less-than-premium prices. Or shoppers with big bank accounts, but a fragile sense of economic stability.

“This group of people feels less safe than they ever have before,” said consumer psychologist Kit Yarrow, professor emeritus at Golden Gate University. “They don’t understand all the fighting that goes on in the political world. The rancor that’s out there really makes them feel vulnerable: ‘Because I have affluence doesn’t mean somebody’s not going to try to take it away from me.’ They don’t know what’s going to happen. The recession kind of knocked the stuffing out of any bloated level of confidence they had before.”

The more ostentatious take on luxury that’s held sway for 35 years could finally be waning — setting aside The Rich Kids of Instagram, an account that catalogues all manner of over-the-top spending by the offspring of the superrich.

“The universal values of conscious consumption and abhorring wastefulness, I think those things are coming back,” said Yarrow, noting that high-end consumers are looking to get some bang for their buck just like middle-class shoppers.

“This is the magic equation, it’s figure out what aspect of your product is going to make it worth it,” Yarrow said. “Wealthy people are not going to buy things just for status anymore. It has to be a sense of personal satisfaction and a lot of that is communicated through value.”

Many tony merchants are still working to crack that code.

Pamela Danziger, founder of Unity and a close observer of the world of luxury, said that of the 21 categories she tracks, spending increased in just five: personal as well as home electronics, watches, wine and spirits and linens, fabrics and soft goods.

The Apple Watch was one standout driving sales, but so much for lush fashions, swanky accessories and sparkly baubles defining luxe.

“The simple fact is nobody needs any of this luxury,” Danziger said. “It’s all discretionary. And if they don’t feel confident, if they don’t feel comfortable with the way the stock market is going…that really impacts how freely they spend. It’s almost a disinflationary economy, where so many marketers and so many brands are discounting and cutting their prices.”

Not only is it less expensive to indulge, but there are fewer people really ready to spend.

“Affluents are seven, eight years older now than they were when they went into the recession,” Danziger added. “As people get older, they spend less money on consumer goods, it’s just a simple fact of life. We’re losing Baby Boomers who are moving out of the period of buying luxury goods in particular, Gen Xers are a much smaller population, so there really isn’t anybody filling this gap until the Millennials.”

That dynamic is a big part of what Danziger sees as a “luxury drought” that she expects to last until 2025ish.

For those who believe that demographics are destiny, this is a tough time for anyone catering to the upper crust. And that’s before taking into account slowdowns in the key markets of China and Russia.

“The luxury industry is really starting to understand we’re not going to continue to see that upper single-digit or lower double-digit growth that we’ve seen for the past few years,” said Hana Ben-Shabat, a partner in A.T. Kearney’s retail practice.

That’s the gauntlet being thrown down for the high-end houses that need to get closer to their customers, understand what they want, where they are and to change accordingly.

“If you have it all, what are you going to spend your money on?” Ben-Shabat said of the upper-income customer. “Either you put your money into investments that are going to generate returns over time, so art, real estate etc. Or, the other thing is you want to enjoy what you have acquired. You want to enjoy your life and part of enjoying life is exploring and traveling and staying in luxury hotels…consuming fashion and accessories and stuff is becoming more secondary.”

That would explain the Armani Hotel and Ralph Lauren’s restaurants. Luxury brands are also looking anew at building out the U.S. market.

Learning some new tricks and building markets would seem to be safer than trimming down big price tags.

The well-heeled consumer has the money but needs to be romanced into spending.

“The motivation comes less from a push and more as the result of a seduction culminating in a sale and a ‘need’ for more,” Aronsson said.