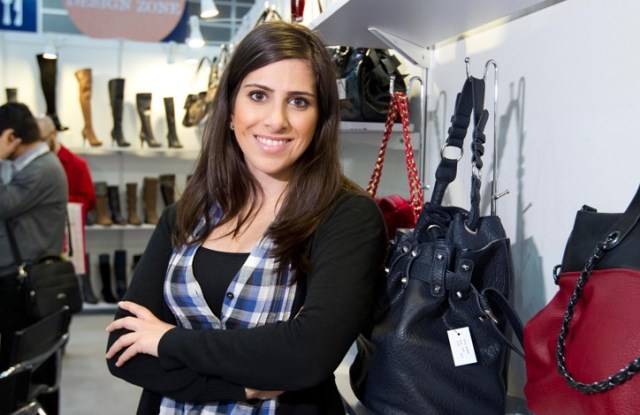 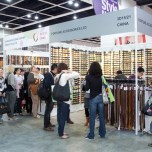 Vendors said they saw fewer Japanese buyers than usual, but were still trying to assess the situation.

Iftaker Rashid, director of Bangladesh-based Lalmai Footwear Ltd., said there were “less Japanese buyers, as we expected,” but that he hasn’t had a problem with orders from the country. Lalmai Footwear, which manufactures mostly leather shoes from three factories in Bangladesh, gets about 17 percent of its revenue from Japan.

But Wu Bing Rong of Fang Yuan Leather Co. Ltd., a bag manufacturer based in Guangzhou China, said he has known of firms having orders from Japan canceled, mostly from small stores. Fan Yuan Leather, which gets about 40 percent of its business from Japan, hasn’t seen any canceled orders yet, Wu said, but he also hadn’t seen any Japanese buyers at the fair.

Overall, he said, orders are down slightly from a year ago.

Organizers said all the Japanese vendors who had signed up to attend were present. “We are most encouraged by their decision to attend,” said Perrine Ardouin, the event director.

Inflation was another issue hanging over the fair, which ran for three days through April 1. All vendors reported that prices were up by at least 10 percent from a year ago, and often 20 to 50 percent higher. In a bid to keep costs down, bags made of leather alternatives such as knits or faux fur were out in force. Belts often featured metal ornamentation. There was also a resurgence of the wide belts that were popular two to three years ago.

Matt Cheung of Guangzhou-based JB & Co. said his company became an importer to the U.S. because it “could not survive” working with importers as margins were getting squeezed by rising labor, materials and shipping costs. JB & Co. now directly imports handbags to the U.S. from its factories in Guangzhou.

Kartik Bagga, a director at U.K.-based Firelog Ltd., said he was scouring the fair for new suppliers because prices have gone up so much.

“We could have seen this coming five years ago, but were too busy to do anything about it,” Bagga said. “Now it’s coming to a head.”

The company, which makes men’s leather accessories, sources mostly from Turkey, Spain and Asia. High material and labor costs have been cutting into profits, Bagga acknowledged. Firelog passes on as much of the cost as it can, but for large customers, the company will absorb half of the cost increase, he said.

Wolfgang Goerlich, president of Brazilian Leather, an industry organization representing Brazilian leather tanners, doesn’t see prices going back to what they were. Goerlich noted that many manufacturers are sitting on huge losses after two years of escalating costs. Any ease in inflation this year will merely help “normalize” the industry, but “it won’t go back to old prices,” he said.