Revenues fall across all three major brands with stores closed during the pandemic.

The coronavirus weighed heavily on Urban Outfitters Inc. in the first quarter.

The teen retailer, parent company to the Urban Outfitters, Anthropologie, Free People, Terrain and Bhldn brands, in addition to rental subscription service Nuuly and a food and beverage business, posted a quarterly net loss of $138 million Tuesday afternoon, causing shares to slide by more than 5 percent in after-hours trading. The company said the results were preliminary as they include provisional impairment expense and the corresponding tax effects.

“The world has certainly changed since we last spoke,” Richard Hayne, chief executive officer of Urban Outfitters, said on a conference call with analysts. “No fashion retailer is immune to the effects of COVID-19. Our company entered the quarter with strong comps across all three brands. We thought we were on our way to deliver outstanding quarterly results. [But] with our stores closed and our e-commerce business facing many returns, our outstanding quarter quickly became an exercise in crisis management.”

By brand, Anthropologie fared the worst, with revenues just $234 million during the quarter, compared with $355 million last year. Sales at Urban Outfitters — the company’s largest brand — were $237 million for the three-month period, down from $316 million last year, while Free People’s sales were $107 million, down from $186 million. 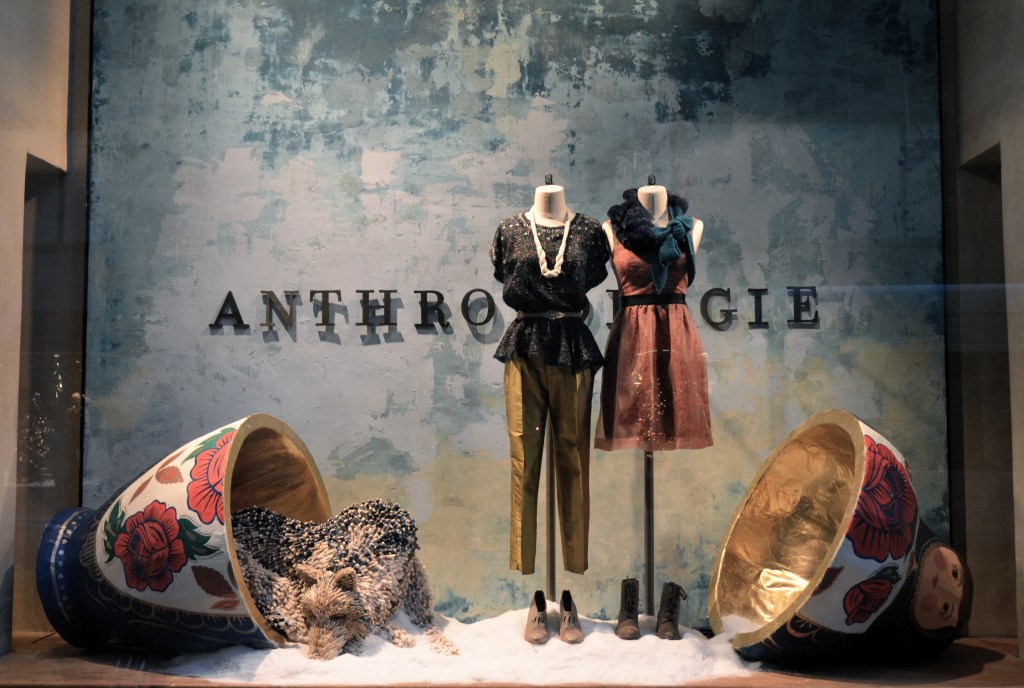 Shares of Urban Outfitters, which closed down 4.5 percent to $17.93 in regular trading.

“I am incredibly proud of our teams for their hard work, dedication and resilience over the last two months,” Hayne said in his prepared remarks. “The actions we’ve taken during the quarter to strengthen our balance sheet and help preserve liquidity provides us with financial flexibility during this difficult period. I’m confident our proven ability to execute our multichannel, multibrand, and multicategory strategy will ensure our future success.”

Urban Outfitters was one of the first retailers to announce store closures — in the second week of March — to help contain the spread of the coronavirus. The company later furloughed some associates on April 1 for a period of 60 days to help curb costs.

As of Tuesday, about 40 percent of the company’s store fleet — or 252 stores across 25 states and roughly 40 stores in Europe — have reopened. The company hopes to have another 100 locations open by the first week of June.

The stores that are open offer curbside pickup or limited in-store shopping with increased safety measures, such as mandatory face masks for employees, hand sanitizers in stores and limits on how many people can be in stores at once.

Hayne added on the call that in-store traffic continues “creeping up” each week with categories like home and lounge over performing. In addition, Urban Outfitter’s new customer count is up over 60 percent.

Even so, with stores closed at least part of the current quarter, the company is expecting comps to be down by more than 60 percent.

“There is nothing but uncertainty as we look forward to the second quarter,” Frank Conforti, chief financial officer at Urban Outfitter, said on the conference call.

Meanwhile, with last quarter’s store closures, some occupancy expenses were deleveraged. But rent remains unadjusted until agreements can be reached with landlords, according to the company. The firm also had a $43.3 million year-over-year increase in inventory obsolescence reserves because of excess inventory and an increased promotional environment. Delivery expenses also increased with added penetration in the digital channel.

“Across brands, the company is firing on all cylinders to clear merchandise through the online channel,” Jen Redding, an analyst at Wedbush, wrote in a note.

The company’s store fleet is made up of roughly 625 stores across North America and Europe. In March, the retailer said it has plans to open about three dozen more stores, across its three major brands, in the coming year. Many of those stores were set to open in secondary markets, which tend to be more lucrative for the company. In addition, store openings often lead to a halo effect, luring shoppers to buy more online after visiting stores.

“While we expect the [near term] to be challenging (more so for Anthro than Urban Outfitters), we believe Urban has executed well in addressing challenges from COVID[-19], with significant expense/capex cuts and a pivot to ‘stay-at-home’ appropriate assortments,” Janine Stichter, equity analyst at Jefferies, wrote in a note. “With a solid balance sheet, [about] 40 percent of the business online, and only [about] a third of the fleet in traditional malls, we view Urban as one of the better-positioned retailers over the medium term.”