The company announces a new subscription rental service. But the stock still sinks after a disappointing quarter.

Urban Outfitters is taking steps to stay in the game. But investors don’t seem satisfied.

The teen retailer, parent company to the Anthropologie Group, Free People, a food-and-beverage business, as well as its namesake brand, announced the launch of Nuuly, a monthly rental subscription service on Tuesday just before its latest earnings results. The latest brand, which is set to launch this summer, will let Urban Outfitters shoppers rent up to six pieces a month, a mix of the company’s own apparel, third-party labels and vintage pieces, for $88.

It’s also the company’s attempt to tap into the lucrative resale and rental market. Much like Rent the Runway, shoppers will have the option to buy if they choose.

In addition, the company has recently made changes to its c-suite, including the departure of Andrew Carnie, president of Home, Garden and International at the Anthropologie Group, last month, and increased investments in its digital presence.

On Instagram alone — perhaps the most bankable social media platform for retailers — Urban Outfitters has 8.6 million followers, up from 8.4 million just two months ago. 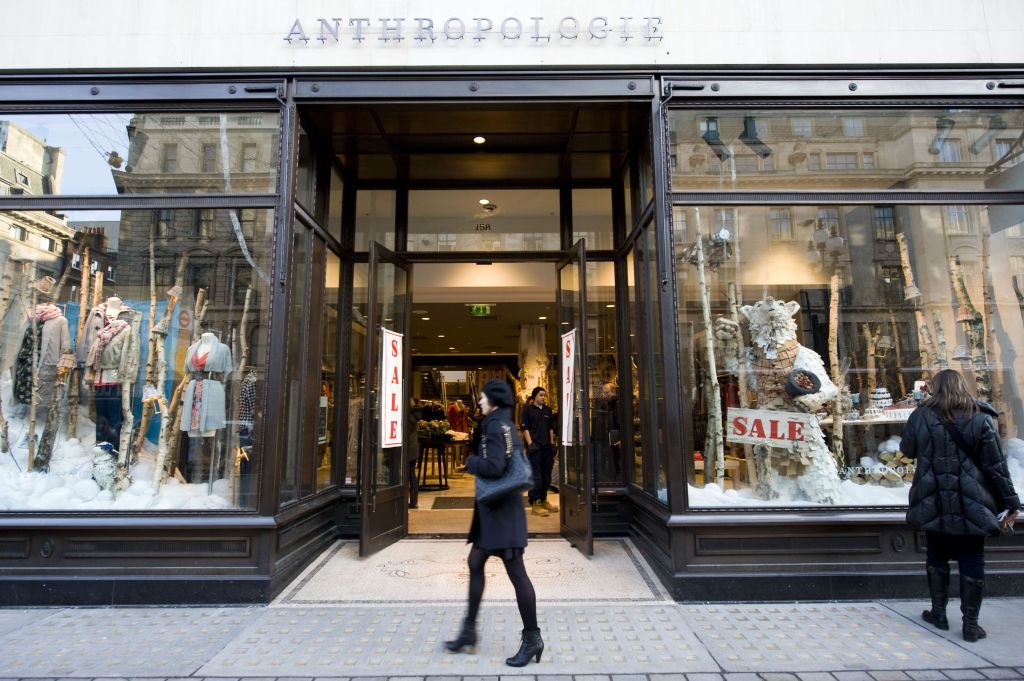 Store comps at Anthropologie were up 1 percent.  Ray Tang/REX/Shutterstock

Even so, the retailer might not be doing enough — especially after Tuesday’s disappointing earnings report.

Urban Outfitters’ stock, which closed up 0.19 percent to $27, turned negative by nearly 5 percent during after-hours trading. Year-over-year shares are down 36 percent.

While Urban Outfitters improved on top-line sales during fiscal year 2020’s first quarter, with revenues jumping 1 percent to $864 million, up from $855 million last year, the uptick was offset by a loss in profits. Income fell to $32.5 million during the quarter, down from $41.2 million the same time last year.

Meanwhile, comparable retail sales rose 1 percent during the quarter. But the growth was limited. By brand, store comps at Free People and Anthropologie were up, 2 percent and 1 percent respectively. The company’s wholesale division also increased 2 percent. But same-store sales at Urban were flat. Executives on Tuesday evening’s conference call said store traffic across all three brands is still negative, even during the current quarter.

The culprit, the company said in a statement, was an increased number of markdowns to clear underperforming products, such as the women’s apparel category at both Urban and Anthropologie.

“The merchandising team has not been accurate on current trends,” Richard Hayne, chief executive officer of Urban Outfitters, said during the conference call. But he added, “from a fashion perspective, there is a strong demand for the right products.”