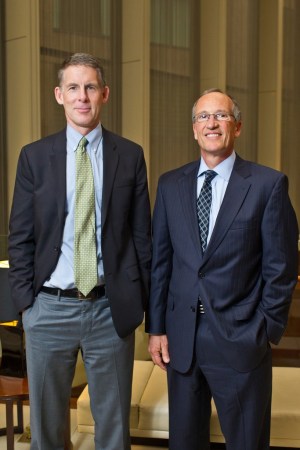 WASHINGTON — The U.S. textile industry has seen some stabilization in prices and a slight shift in production back to the U.S. and Western Hemisphere this year that has culminated in a positive business outlook. Strong headwinds from several trade issues, however, continue to threaten to erode some of the gains.

Textile executives attending the National Council of Textile Organizations’ annual meeting here May 14 to 16 said the industry has bounced back from the disruption and a squeeze on margins caused by historically high cotton prices in 2011.

“The outlook is fairly positive,” said Bill Jasper, who was re-elected as chairman of NCTO and is also president and chief executive officer of Unifi Inc.

“We have actually seen a 3 to 4 percent increase in synthetic production in the region over the last three years and I think that is going to continue,” said Jasper, whose company is a producer of multifilament polyester and nylon textured yarns. “We have seen some of the programs coming back from Asia either because of poor quality or escalating costs or some combination of both.”

Jasper said cotton prices are in the mid 80 cents per pound range and much lower than last year, when they peaked at more than $2 a pound.

“I think what you are seeing is production has greatly exceeded consumption this year, which has caused prices to come down,” he said. “I think some stabilization of this region is really good news.”

Joe Nicosia, chief executive officer of Allenberg Cotton Co., a cotton merchant based in Memphis, cautioned textile executives at the meeting not to be “lulled to sleep” by the oversupply and lower cotton prices. Nicosia said textile executives should keep a close eye on China, which has 19 million to 20 million cotton bales in reserve.

“There is too much cotton in the world in the short term,” Nicosia said. “We see China carrying close to 20 million bales right now. Will it increase to 30 million bales next year? If it does, the balance sheet is going to get tighter and supplies lower.”

The textile industry could soon see more export financing open up, particularly in the Western Hemisphere, through the Export-Import Bank. The bank’s charter was reauthorized by Congress during NCTO’s meeting, with a provision requiring it to add a textile industry representative on its advisory committee and compose two reports to Congress on ways to increase textile export financing. U.S. textile exports grew 13.8 percent to $17.3 billion in 2011, with 64 percent of yarn and fabric exports to free-trade partners Mexico, Canada and Central America.

The industry’s top trade concern is the Trans-Pacific Partnership agreement being negotiated between the U.S. and eight other countries — Vietnam, Singapore, Australia, Malaysia, New Zealand, Peru, Brunei and Chile. Japan, Mexico and Canada have also signaled their interest in joining the negotiations.

“TPP is probably the most important trade negotiation taking place in 50 years,” said Allen E. Gant Jr. president and ceo of Glen Raven Inc. “My fear is that TPP will be the guideline that will be used for many years to come once it is formed, so we’ve got to get it right the first time. If we don’t, we’ll be in serious trouble.”

The U.S. has proposed a yarn-forward rule of origin, supported by the domestic textile industry but opposed by apparel importers, that requires apparel be made of fabric and yarns supplied by the U.S. or other TPP signatory countries to qualify for duty-free benefits. Since Vietnam imports most of its yarns and fabrics from China for apparel production, a yarn-forward rule would seemingly discourage Vietnam from continuing that sourcing channel, potentially opening up Vietnam as an export market for U.S. raw materials.

U.S. Trade Representative Ron Kirk said, “Vietnam unquestionably has to make the biggest leap of any of the [TPP] partners, having done very few trade agreements and with a very managed economy. But at least to their credit, every step of the way they have said, ‘We hear you,’ and they are investing the time.”

Textile fraud was another key concern raised at the NCTO meeting during a discussion between executives and Allen Gina, assistant commissioner of international trade at the U.S. Customs agency.

“Resources have continued to be drained away from textile fraud [at Customs],” said Cass Johnson, president and ceo of NCTO. “This has occurred as Customs has significantly boosted fraud resources elsewhere, particularly in the area of IPR fraud.”

Johnson said Customs’ data showed that jump team visits, which examine a factory’s ability to produce a product and accuracy of claims for duty preferences, are down (to 165 factories in nine countries in fiscal year 2011, from 220 factories in 11 countries in 2010), even as the number of factories found to be in noncompliance of trade-preference claims “remained alarmingly high” at 27 percent.

“We could always do a better job in every area,” said Gina, noting that increased staffing is not forthcoming due to budget constraints.

But he added that Customs has an entire office devoted to textile and apparel enforcement — the only commodity with such a focus — of U.S. trade agreements and preference programs. Gina said Customs plans to open new “Centers for Excellence and Expertise” for textiles, apparel and footwear in 2013 that could facilitate trade and examinations of cargo. The centers aim to increase uniformity of practices at all ports of entry, facilitate timely resolution of trade compliance issues and further strengthen the agency’s knowledge of key industry practices.

“I truly believe this is going to be a game changer,” Gina said.