A lockdown in the major financial markets and a slowdown in business has made some investors shudder, while others press ahead.

The latest round is aimed at accelerating the firm’s international expansion. In particular, with the new investment by Korelya Capital, which is backed by South Korean technology conglomerate Naver, Vestiaire Collective has in its sights Japan, the biggest resale market in the world, and South Korea in 2020 and beyond. Currently, over 80 percent of the French-headquartered company’s transactions are generated cross-border.

Funds are also being used toward ambitious growth targets for the U.S. market and further developing its direct shipping model. Launched in Europe last September, currently over 50 percent of orders in the EU are fulfilled through the new service, which is also growing at a rate of 60 percent monthly. The model will be launched in the U.S. in early summer, followed by Asia before the end of 2020.

“I am personally convinced that this unprecedented period of disruption will not only challenge where we shop but how we shop,” said Bittner. “Vestiaire Collective was built during the 2008 crisis, and proves today how it can help people in their daily life to make the most out of their belongings, but also to access fashion in a sustainable and conscious way. Every day, I feel proud and amazed by our global community of fashion activists who are leading the way towards a brighter future.” 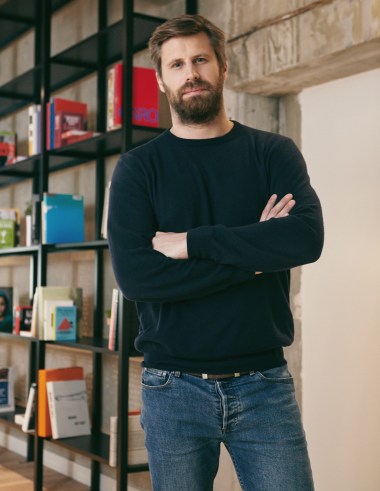 Vaultier7 founders Montse Suarez and Anna Sweeting, who specialize in fast-growing, consumer-facing businesses with a strong entrepreneurial bent, said they were already members of the Vestiaire Collective community, and felt it was “vital” to make an investment in Vestiaire at a time when many investors are holding back.

They added that in the post-pandemic era, “it is clear that channel distribution in the fashion space will weigh even more heavily toward online and consumer attitudes toward ownership and sustainability will change, for the better.”

“A renewed consciousness of community, arising out of the COVID-19 experience, is also likely to spur increased activity in secondhand channels and retail and resale will continue to converge,” they said.

“We have all had a stark reminder that we must think about tomorrow and not just today, we must think about others and not just ourselves. Vestiaire Collective’s community of over 9 million fashion activists has already been leading by example and we are excited to support in spreading the word further, guiding more consumers in finding unexpected value in their wardrobes and empowering more to have their own positive impact on the environment.”

Last fall, a survey conducted by the Boston Consulting Group and Vestiaire Collective released a report saying the pre-owned market is set to grow around 12 percent a year, outpacing luxury industry growth to reach a 9 percent share of the personal luxury goods market.

Suarez and Sweeting noted that Vestiaire Collective, which was founded 10 years ago, is at a much later stage than where V7 typically focuses, but they wanted to meet the new requirements of the entrepreneurs “who are meeting the evolving needs and expectations of consumers.”

They said there is no doubt that Vestiaire “is meeting consumers where they want to be met coming out of this crisis,” which is what guided their investment decision. They said the new round of funding will allow Vestiaire Collective to further accelerate its mission by inspiring the ‘customer of the future’ when looking for ways to recycle, resell or upcycle in a trusted way, while creating a more sustainable tomorrow.”

Last year, Maximilian Bittner, Vestiaire Collective’s ceo, set out his vision for the platform, saying he wanted to transform it into a fashion tech company with a data-centric, mobile-driven and Gen-Z focus.

He lowered commissions and made the structure more flexible, with the idea of encouraging sellers to replicate demand peaks and troughs and make the marketplace more efficient.