Company expects the brand's apparel business to more than double in the next five years. 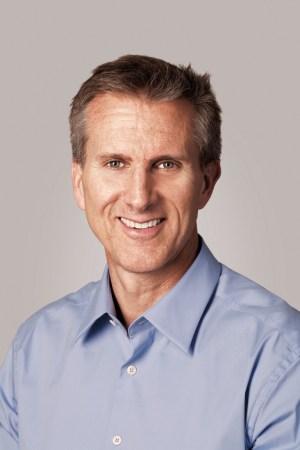 VF Corp. has apparel on the hook for more than a quarter of the $1 billion in growth it’s planning in the next five years for Vans, the “off the wall” skateboard footwear brand it acquired eight years ago.

This story first appeared in the June 15, 2012 issue of WWD. Subscribe Today.

At a presentation for analysts at its House of Vans store in Brooklyn, N.Y., Thursday afternoon, VF executives said Vans, which joined The North Face and the recently acquired Timberland among the billion-dollar brands in its dominant outdoor and action sports coalition last year, is budgeted to hit $2.2 billion in sales by the end of 2016 from $1.2 billion last year. That represents a compound annual growth rate, or CAGR, of 13 percent.

But it expects its apparel business to accelerate even faster and in fact more than double in the next five years.

Apparel and accessories accounted for 20 percent of brand volume last year, or about $240 million, and VF wants to tack on an additional $265 million in apparel sales in five years, which would yield 2016 sales of $505 million and a CAGR of 18 percent.

The more highly developed footwear business, the brand’s starting point in 1966, accounted for 80 percent of revenues last year, or $960 million, and is forecast to grow at a 12 percent CAGR, to about $1.7 billion.

However, it’s in the home market of the Americas where the brand will see its biggest boost in sales, growing at a 10 percent CAGR to $1.32 billion from $828 million last year even as its share of revenues declines to 60 percent from 69 percent in 2011.

Steve Rendle, president of the outdoor and action sports coalition in the Americas, told WWD that VF’s own retail network has presented a “significant” opportunity to expand its apparel business.

“Our own stores have really been a fantastic canvas for us to tell our apparel story in every part of the world,” he said. “We’ve had a definite competitive advantage in how we operate our stores in the U.S. and the Americas and in collaboration with our wholesale partners around the world. The end result is that it’s helped us elevate the brand in apparel.”

Vans had 310 of its own stores worldwide in addition to 460 wholesale doors at the end of 2011, and VF expects to move those numbers to 510 and 1,200, respectively, within its five-year time frame. While the retail component of the business is expected to decline to 35 percent of the total from 37 percent, that still allows for $335 million in added revenue through retailing.

Rendle added that apparel penetration has tended to be slightly higher in regions outside the Americas than within them. The apparel assortment skews toward the sorts of relatively basic products associated with board sports — T-shirts, hoodies, khakis, jeans and boardshorts — but the VF executive expects that to change during the company’s next stage.

“We’re not ready to discuss them yet, but we’re looking at a series of technical innovations with textiles and textile applications,” he said. “They’ll likely come in with some of our bottoms but ultimately work their way into tops.”

On Thursday, officials at VF, which last year generated $9.46 billion in revenues, introduced a new footwear range — LXVI, the Roman numerals corresponding to the year of the company’s founding in the 20th century — set to debut at its own stores and Foot Locker units before the end of the month. Lightweight with a higher heel and virtually stitch-free construction, Rendle expects the range to help the Vans brand resonate more strongly as it moves from its California roots and East Coast beachheads into more landlocked portions of the U.S., where identification with coastal origins might not be as strong.

E-commerce is slated to add $100 million in revenues, growing to 6 percent of the total from 2 percent last year. Vans is likely to be helped by the high social media profile enjoyed by many footwear-based companies in comparison to those with their origins in apparel.

The North Face and Timberland are VF’s other outdoor and action sports brands above the $1 billion sales mark. Vans, however, outstrips both in Facebook likes, with 5.9 million versus 2.5 million for North Face and 775,000 for Timberland. Vans ranks 13th among all fashion, beauty, retail and footwear brands tracked by Stylophane.

The brand received international exposure relatively early in its history when Sean Penn, as Jeff Spicoli, wore Vans checkerboard sneakers in the 1982 film “Fast Times at Ridgemont High.” On Thursday, executives outlined a number of marketing initiatives under way, including a global consumer research study now being tabulated, to help it cement its relationship with the young, active consumers who make up the core of its customer base. These included its continuing involvement with the Warped Tour music festival, numerous Web casts and its growing engagement with Chinese consumers through vehicles including Sina Weibo, RenRen and Taobao.