Management changes are sweeping across Limited Brands, with a new leadership structure at Victoria's Secret and several other key shifts. 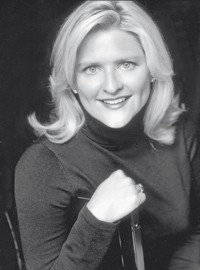 NEW YORK — Leslie H. Wexner wants Victoria’s Secret to be a $10 billion brand and has overhauled its management to accelerate growth.

“We believe Victoria’s Secret will be $10 billion in the U.S. in about five years,” Wexner said in an exclusive interview Wednesday. “It depends on our ability to execute.”

Wexner stopped short of saying $10 billion in volume is a certainty, and VS has a long way to go, considering its sales last year were just over $4.2 billion.

But Wexner said $10 billion is attainable just with “the things the customer sees today” and without factoring in potential international sales and product extensions that are bound to be added to the VS stable.

“There are very few brands in our industry that you can see getting to $10 billion,” he said.

Wexner disclosed that VS has adopted an integrated business structure, under which Sharen Jester Turney has been promoted to chief executive officer and president of the newly formed Victoria’s Secret Group. The group includes the Direct, Stores and Beauty businesses of Victoria’s Secret, Pink, Intimissimi and Sexy Sport, all reporting to her.

Joining Turney will be Jerry Stritzke, as chief operating officer of Victoria’s Secret Group. Stritzke had been ceo of Mast Industries Inc., the sourcing and production arm of Limited Brands. Rick Paul, who was president and managing director of Mast in the Far East, has been named president of Mast.

“Victoria’s Secret just requires full-time leadership to coordinate it and to grow it,” Wexner told WWD. “Because of its scale and size, there is complexity. It really requires an enormous amount of leadership and coordination.”

He said it could never be a full-time job for him because much of his time is devoted to Limited Brands’ apparel and beauty businesses, as well. Wexner said he considers himself the “senior merchant” for all of Limited Brands.

Wexner said in the interview that Victoria’s Secret Group was formed “to keep the brand aligned, so it’s one brand from the customer’s point of view.”

Mindy Meads, formerly president and ceo of Lands’ End, will become ceo and president of Victoria’s Secret Direct on Aug. 4, succeeding Turney. Rick Jackson has been named chief operating officer of VS Direct. He has been with Limited Logistics Services as executive vice president.

“Les is turning over Victoria’s Secret to Sharen and moving more deeply into beauty,” said a retail source close to the company.

Christine Beauchamp has been promoted from president and general merchandise manager to president and ceo of Victoria’s Secret Beauty. Robin Burns was the last executive to hold the title of ceo of VSB. She left about two years ago.

The revamped VS organization pumps up the team to manage the rapidly growing and increasingly complex VS businesses. The new structure also frees up Wexner to work on growth initiatives, particularly the beauty side of the business. The company is developing larger VS store prototypes that have a “stores-within-a-store” format with 10,000 to 15,000 square feet, compared with the current average of 5,000 square feet per unit in the 1,000-store chain. Large VS prototypes already operate in Columbus, Ohio, where Limited Brands is based, as well as in Troy, Mich. and Aventura, Fla. The new format offers shop-in-shops for Pink and Chantal Thomass. They could one day include shop-in-shops for Intimissimi, an Italian lingerie brand geared for younger customers seeking less-expensive, faster-turning products. Limited has the rights to sell Intimissimi in the U.S.

This month, VS launched Sexy Sport, a comprehensive sports bra and activewear collection, in all of its 1,200 stores. While the brand has had a selection of activewear in its catalogues and online, this will be the first time sports bras and activewear will be sold in VS stores. There are products for tennis, yoga, dance, cycling and general fitness.

The company has stepped up efforts to secure third-party beauty brands to sell inside VS stores, as well as its Bath & Body Works stores.

While Turney’s promotion could lead to speculation that she is a potential candidate to one day succeed the 68-year-old Wexner, at this point it’s a long shot considering she has never headed up a corporation, only divisions. She would need to prove herself in her expanded role.

Also, Wexner shows no signs that he’s ready to let go of the reins and has not publicly discussed plans for retirement. Wexner has long held the belief that the next person to run Limited Brands should be a merchant, rather than someone with a financial background, and believes in grooming talent and promoting from within. Asked if Turney’s promotion and other management changes could be viewed as succession planning, Wexner replied: “No. This is really about growth and not beyond that. This is really about Victoria and how we are planning to grow it.”

She began her career in 1979 at Foley’s, and later joined Byer California and Federated Department Stores.

Meads started her career at the former Denver Dry Goods chain in the mid-Seventies and worked at Macy’s in the late Seventies through most of the Eighties. She had a two-year stint at Limited Stores until shifting to Lands’ End in 1991, where she rose to senior vice president of merchandising and design. She moved to Gymboree in 1996 and rejoined Lands’ End as president in 1998. She left the brand last August. Lands’ End is owned by Sears Holdings.

Wexner said he was pleased that most of the management changes involve promoting from within: “Virtually all are internal, which makes me happy.”

But he added, “The industry is not talent rich. I don’t think we are talent rich. We have talked about building bench strength and I think we have. But no, you never get to the end state.”

And while he has talked about the Internet for years, Wexner is now more bullish about its opportunities.

“Everyone’s outlook has changed,” he said. “What people thought about 10 years ago probably wasn’t accurate about how it functions and the nature of it. I like being a fast second,” and not the first to explore new formats, necessarily. “That’s my temperament. I don’t really like pioneering … In the dot-com bubble, we weren’t putting a lot of dots in the ether. We wanted to see how it was, then we could move more aggressively.”

“We like to wait a little bit and watch and then move quickly. It ties into the Victoria story about growth.”

He said that, when he bought the brand in 1982, “it had a little catalogue, one to two million [dollars in volume]. It was kind of an intriguing thing. We watched it and developed it rather slowly.”