In Need of a New Look, Victoria’s Secret Is Rethinking Its Image

But is it too late to save the Angels?

Victoria’s Secret needs a makeover. But the lingerie company is finding that rebranding is no easy task.

The company that built its image based on super-skinny Angels strutting barely there underwear has fallen out of favor with women of all shapes and sizes who are seeking representation in the era of #MeToo and body positivity.

Shares of L Brands, which also includes Pink in the company portfolio, fell more than 10 percent at the start of Thursday’s trading session, inching back up only slightly throughout the day.

But executives on that morning’s conference call told analysts that the company is working on its image, starting with its approach to marketing.

“We’re taking a fresh, hard look at almost every material aspect of our business,” Stuart Burgdoerfer, executive vice president and chief financial officer of L Brands, said on the call.

The exact changes are unclear. But Burgdoerfer said it’s everything from messaging to imagery to how advertisements are displayed across social channels and in stores.

“Marketing for Victoria’s [Secret] is an important part of that business,” he said, and added that there is “opportunity to make meaningful change in the marketing approach and message for the fourth quarter.”

That might be just what the company needs. Because, even though Victoria’s Secret is still the market share leader in women’s intimates apparel and has already sold more than $3 billion worth of bras and panties so far this year, its revenues have fallen consistently in the last three years. At its height, L Brands had $1.25 billion in net profits for the 12-month period ending January 2016. That number has fallen to just $575 million during the most recent 12 months. 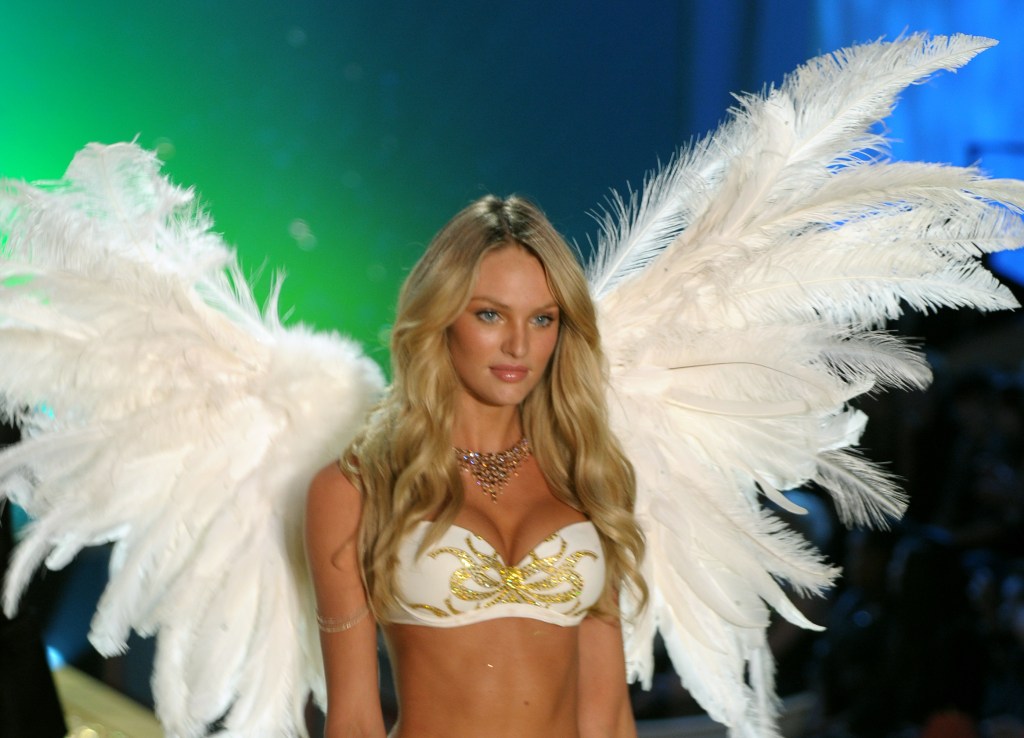 Some blame it on the overtly sexy models who seem to be catering to a male fantasy, rather than targeting the needs of female shoppers. Ed Razek’s comments last fall around the time of the annual Victoria’s Secret Fashion Show — when the former chief marketing officer of L Brands confirmed that the show is meant to be a fantasy — didn’t help.

But Victoria’s Secret has done a number of things to turn around its image since then — like hiring John Mehas to lead the lingerie business and ousting Razek, reevaluating its real estate portfolio, reintroducing swimwear, hiring its first transgender model and even hinting that the fashion show might be scrapped. During the company’s prepared remarks Wednesday, it added that new products landed in stores just two weeks ago. And that so far the response has been favorable, particularly in the sleep and loungewear categories.

“These initiatives are the right ones, we believe, but will take some time to gain traction,” Ike Boruchow, retail analyst at Wells Fargo wrote in a note following the earnings release. “These changes could signal a meaningful shift in [L Brands’] strategy, with additional profitability-focused announcements potentially on the horizon… there is reason to believe that [L Brands] has the makings of a turnaround story, resulting in meaningful multiple expansion.”

Even so, the changes have not produced the desired effects — at least not yet.

Burgdoerfer admitted during the conference call that the swimwear business, which was reintroduced online in March, generated roughly $30 million to $40 million last quarter. That’s a noticeable difference from the $525 million worth of swimwear the company sold in 2015. And while Burgdoerfer said Victoria’s Secret has plans to extend the product assortment in swimwear moving forward, he was clear that the swimsuit would not be available in stores anytime soon.

In addition, management’s effort to regain control over inventory at both Victoria’s Secret and Pink led to larger promotional sales last quarter — further eroding margins. Moving forward, it might be difficult to convince shoppers to buy products at full price.

“The brand has trained customers to expect promotions,” Kate Fitzsimons, an analyst at RBC Capital Markets, wrote in a note. 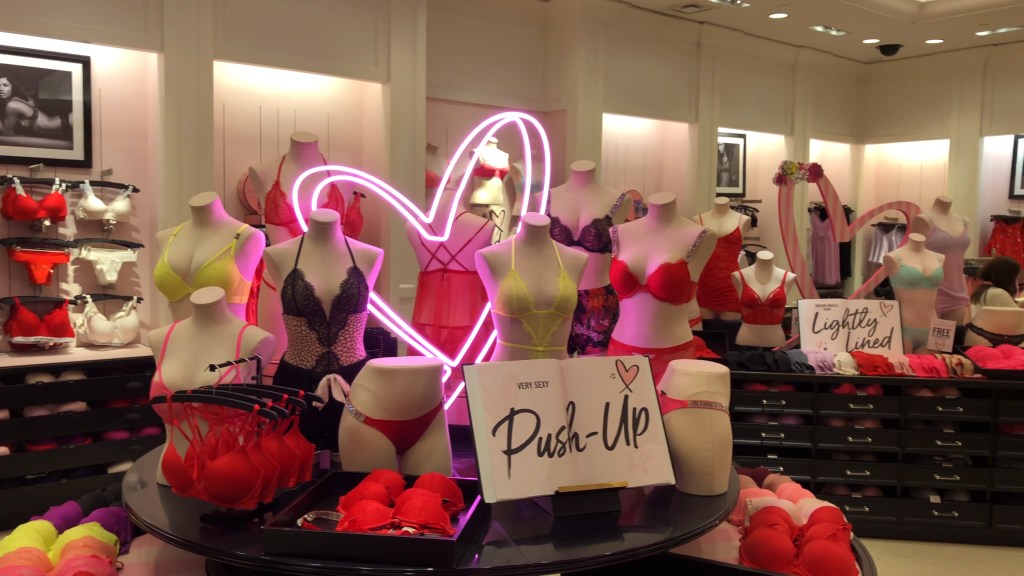 But Burgdoerfer pointed out that initial prices, particularly in Victoria’s Secret’s core lingerie category, are “substantially higher” than they have been in years past, giving the company some flexibility in terms of sales. “Absent a dramatic change in the environment like we saw in ’08 and ’09…there’s nothing about the promotional environment per se that I would say is uniquely different versus most typical years,” he said.

Meanwhile, Victoria’s Secret is also investing in technology, including updates to the web site and operating system that will include features like buy online, pick up in stores. Burgdoerfer underscored that it will take time to see results, but that they might be evident as early as this year’s fourth quarter.

“We’re aware of the time frame under which the Victoria’s segment has had year-on-year declines in sales,” Burgdoerfer said. “It started in 2016, so this has been a multiyear situation. With that said, we think that the assets that the business has in terms of brand awareness, brand regard, foot traffic in-stores, visits online, sourcing and logistics capabilities, strong management certainly on an overall basis, that there’s a lot of assets that this business has that went well led and executed, we believe we’re going to make substantial progress this fall and that there’s a lot of opportunity for this business over the next several years. So, we’re pursuing all that, trust me, with a lot of urgency.”