Executives say basic is for other companies.

While Victoria's Secret reported growth in sleepwear and panties last quarter, the gains were offset by a decline in bra sales.

Don’t call them a basic underwear company. Victoria’s Secret is where shoppers go for fashionable lingerie.

That’s according to Stuart Burgdoerfer, chief financial officer and executive vice president of L Brands, parent company to Victoria’s Secret, who told analysts on Thursday morning’s conference call that the business is “fundamentally about fashion.”

“We’re not about selling basic commodity products year after year after year,” Burgdoerfer said. “That’s not the business that we’re in. Others are in that business and that’s fine. And they have operating models and all kinds of things that make that work. But that’s not what our company has done for more than 55 years. We’re about fashion.”

Burgdoerfer’s comments come amid an era of body positivity and casualization. Victoria’s Secret, which is still known for its seemingly perfect Angels and push-up bras, has been criticized for not following suit. 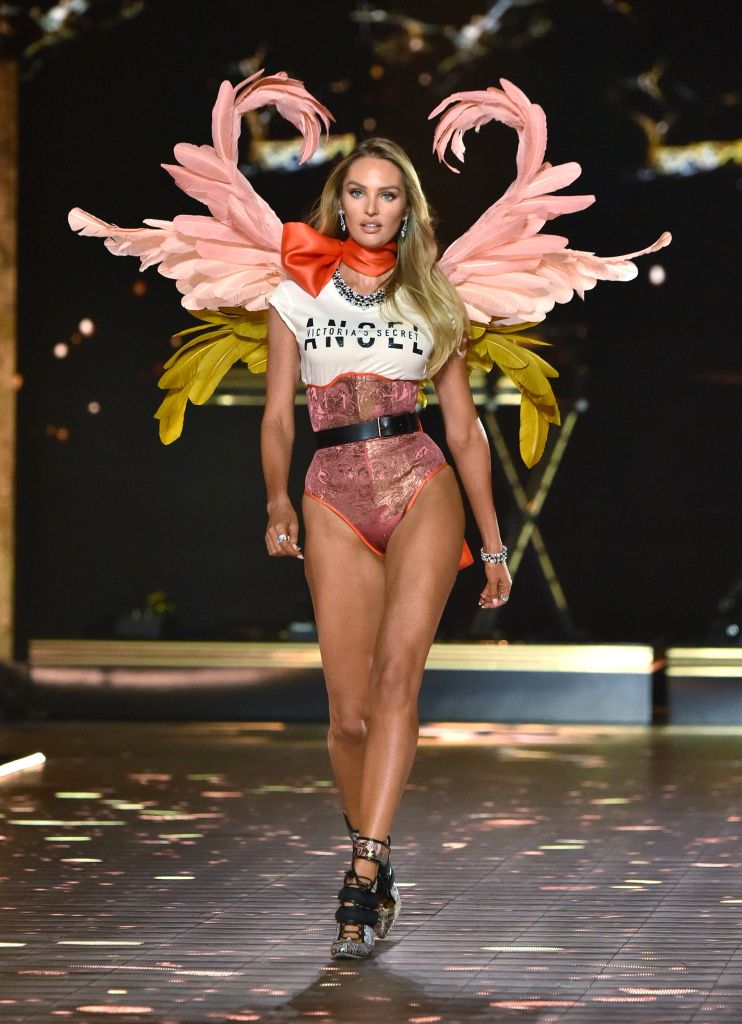 A number of competitors have been quick to capitalize on Victoria’s Secret’s vulnerability as a result by highlighting their own push for inclusivity by using a variety of different-size models and skipping the airbrushing.

Many consumers and investors have shied away from the company as a result. The stock is down more than 32 percent year-over-year while revenues have fallen for the second year in a row.

Even so, Victoria’s Secret still captures more market share than any other company in the women’s intimates apparel space. And its recent adjustments, such as adding Tory Burch alum John Mehas to the c-suite, shuttering stores and reintroducing swimwear online, signals a company on the move. Meanwhile, L Brands is busy employing its own tactics — including shedding Henri Bendel and La Senza from the portfolio and agreeing to make changes to its board — and giving investors reason for optimism in the process.

Investors were hoping Wednesday’s much-awaited earnings report would show signs of an improvement at Victoria’s Secret. But the results were mixed.

Sales across the company, which includes Pink and Bath & Body Works, were flat, while bottom line income fell. Worse yet, by brand, both revenues and profits were down at Victoria’s Secret. In fact, all of the gains came from the lucrative Bath & Body Works business. Still, the results beat Wall Street’s estimates and were enough to quell investors’ fear about a slow turnaround. Shares of L Brands shot up more than 15 percent at the start of Thursday’s session, closing up 12.84 percent to $24.26 a piece.

Burgdoerfer ensured analysts on Thursday’s call that more changes are coming — they’ll just have to wait until the fall to see them. The company said it will hold its Investor Day on Sept. 10 to talk about further developments.

But for now, the changes can be summed up as updating the assortment, tweaking its marketing campaign and annual fashion show, possibly closing more stores and reinvesting in digital.

“Everything is on the table with respect to the evaluation of the Victoria’s Secret business,” he said. “As it relates to marketing, like in the fashion show, at the end of the day, as part of that fresh, hard review of everything, we’re taking a hard look at the best ways to enforce to equities and the strengths of the Victoria’s business and make appropriate adjustments to the positioning of the business.”

One of the most recent adjustments was the reentry into swimwear, which Burgdoerfer said was positive, but has not had a material impact on the company just yet. “That’s because it was a test,” he said. Still, the company plans to add new labels to the swimwear division over the next year.

And while Victoria’s Secret reported growth in sleepwear and panties last quarter, the gains were offset by a decline in bra sales. Even so, Burgdoerfer said the company’s “greatest competitive advantage” lies in the deep customer loyalty in the intimates business.

“We’ve got our strong reasons for optimism about the progression in 2019 for the lingerie business,” he said, and added that the company will continue to grow its lingerie business faster than apparel business.

The recent losses in bra sales, the executive said, can be chalked up to fashion misses.

“When we lack fashion, lack newness, lack innovation where it’s not interesting, the result becomes apparent,” Burgdoerfer said. “When we’re delivering strong fashion, differentiated merchandise with emotional content, the consumer responds in a good way. When we do it well, we get paid. And when we’re off the market — or off the mark or our assortments get too basic, that’s when we tend to have trouble.”