Rumors Swirl Around Next Move for Vince Camuto

The firm has been busy on two fronts: expanding its business operations and working with Goldman Sachs, whether for a buyer, investor or other options. 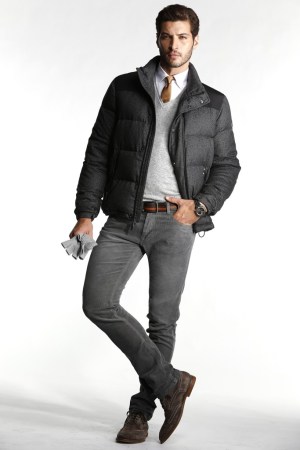 Is the Camuto Group up for sale?

According to financial and market sources, Vince Camuto has been busy on two fronts: expanding the firm’s business operations while at the same time working with Goldman Sachs, whether for a buyer, investor or exploring financing options.

Jeff Howald, chief financial officer of Camuto Group, said Tuesday, “I can definitively tell you we are not selling the company either in whole or any part of it.” A spokesman for Goldman declined comment.

But financial sources said Goldman was hired a few months ago and there have been pitches made to prospective buyers and/or investors. One source said Camuto Group is a “good fit” for a private equity firm, which could help the company build on the expansion initiatives Vince Camuto has been working on. Another source in the banking world said the plan is for Camuto, who is both chief executive officer and chief creative officer, to stay on at the company for a few more years, and then have his wife, Louise, take over the running of the operation. Louise Camuto is president of marketing for the Camuto Group, as well as creative director of the Vince Camuto brand.

Sources said this isn’t the first time Camuto has eyed a possible sale of part or all of the company — more like the third time. Three years ago, the company was working with a division of The Rothschild Group trying to find a buyer and/or investor, they said. That didn’t pan out, and 18 months ago, feelers were put out again. Late last year, Goldman was in talks with Camuto about the possibility of a sale or investor and supposedly has been pitching different financing options to Camuto.

“Maybe the third time is the charm,” said a banker who works in the space.

One concern among dealmakers is succession planning. A would-be buyer or investor would have to figure out how the company can replicate the energy and expertise that Vince Camuto brings to the business.

Privately held firms such as Camuto Group, especially when on the upswing, are often rumored as being eyed by bankers or private equity players. Banking firms like Goldman regularly pitch firms like Camuto Group about going into the market to see if they can find an investor — that’s how the banks generate business.

In the case of Camuto Group, with its business-building initiatives, a source familiar with the company’s operations said the firm is always on the lookout for what’s the best form of financing, whether it’s renegotiating loan agreements with better terms or putting together some other debt package.

Camuto himself is familiar with building and selling a company, having done so in March 1999 when he sold the Nine West Group to Jones Apparel Group for nearly $900 million.

Vince Camuto’s footwear roots began in 1978 when he cofounded the Nine West Group with Jerome Fisher. He became chief executive officer in 1993 when the company went public, after years as its creative director, while Fisher was chairman. Nine West became a multibillion-dollar company at the time it was sold to Jones.

Two years later, Camuto founded Camuto Group, which to this day provides sourcing and production services to more than 5,400 department stores and independent retailers around the world. Camuto also worked with Tory Burch in 2006 on her footwear collection and helped to create her famous Reva ballet flat. In 2005, Camuto acquired the master license for Jessica Simpson, which does more than $1 billion a year in retail sales. Camuto owns 49 percent of Bernard Chaus Inc. The remaining 51 percent is owned by the Chaus family.

Camuto initially launched several exclusive footwear lines — Gianni Bini, Antonio Melani, Michelle D — before starting his own namesake brand in footwear in 2005. The Vince Camuto brand has been gaining traction in the marketplace and in 2009, it became a full lifestyle collection with women’s apparel. Handbags, outerwear and belts were added in 2010, all licensed. Other categories, such as fragrance, sunglasses and jewelry, were added in 2011, the same year the company opened the first Vince Camuto stores here and abroad. Last fall the firm began its foray into men’s fashion with outerwear, footwear, watches, fragrance and socks with multiple license partners. In September, men’s will become a full-scale apparel collection via licensee Itochu Prominent USA, including tailored clothing, sportswear, dress shirts and neckwear. Formalwear will be added next year.

In an interview on the men’s collection last year, Vince Camuto said his namesake women’s business would do “about $500 million in retail sales” in 2012 and “could reach $1 billion within three years.” He was thinking big for men’s, too: “If everyone does their job, we think men’s is eventually a billion-dollar brand globally, as well.”