The $243 million sale could stimulate mergers and acquisitions activity in the intimate apparel industry. 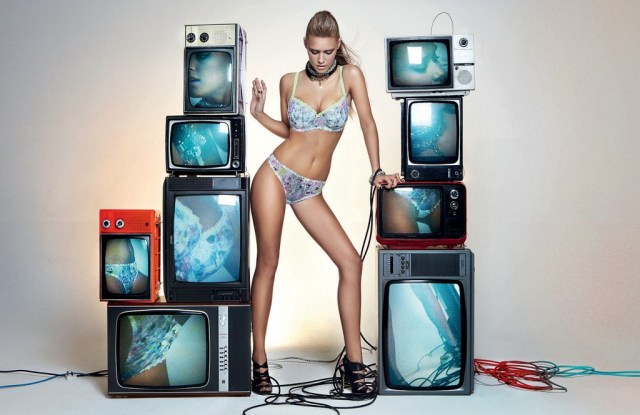 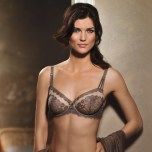 The premium intimates world could be headed toward consolidation.

Wacoal Holdings in Kyoto, Japan, the $2.02 billion parent company of Wacoal America Inc., is paying 152 million pounds, or $243.1 million, for the privately held Eveden, which generates sales of more than $125 million.

The transaction is expected to close in mid-April, when Eveden will become a subsidiary of Wacoal Holdings Corp.

Gilbert Harrison, chairman and founder of Financo, which advised on the deal, said the Wacoal-Eveden purchase reflects the mood of the international marketplace.

“I think we’re seeing global consolidation.…This is an absolutely strategic and synergistic acquisition for Wacoal….I know more are in the works — look at Spanx,” said Harrison.

He declined to give details of a possible merger or acquisition of the privately held Spanx shapewear brand, which reportedly could have a market valuation of $1 billion. Spanx tried to raise funds for an initial public offering in 2011, but the sour economy quashed the move, according to industry sources. Innerwear executives from both private and public companies generally believe the $1 billion estimate for Spanx is “too aggressive.”

“Spanx’s annual sales volume is about $225 to $240 million….But the market value could command $1 billion if they were sold based on margins and brand equity — but that could be a stretch,” said one top executive, who requested anonymity.

The intimates sector has not seen major M&A action since Berkshire Hathaway Inc. bought the VF Intimates business from VF Corp. in 2007 for $350 million, and purchased Russell Corp. in 2006 for $600 million. Also in 2006 was Hanesbrands Inc., which was spun off from the Sara Lee Intimate Apparel division of Sara Lee Corp. for $4.5 billion, and before that, Berkshire Hathaway acquired Fruit of the Loom for $835 million in 2002.

“We are hearing from a number of foreign companies who want to do acquisitions in the intimate apparel industry in the U.S. and also for brands that can be taken globally,” said Mary Ann Domuracki, managing director of Financo.

They are looking at a sector that continues to grow despite the struggling economy in the U.S. and Europe. The U.S. intimate apparel industry posted a 6 percent sales gain to $10.6 billion in 2011, according to The NPD Group Inc./Consumer Tracking Service. The high-end intimates arena has not been battered by the volatile commodities market, and a key category is foundations, which are largely not subject to fluctuating cotton prices because they are produced primarily in nylon, microfibers and spandex. It also is considered a fashion and luxury purchase, falling into two categories that are growing robustly.

Colin Welch, Financo’s president and chief executive officer, called the Wacoal-Eveden marriage a role model for global acquisitions as well as global brands. “You have a Japanese parent that obviously has a strong destination business, a strong business in the U.S. spearheaded by Richard Murray and a strong platform in the U.K. It’s a truly global acquisition,” remarked Welch.

The Wacoal-Eveden deal will expand a global network and strengthen the product segments for both companies, which share synergies of premium intimate apparel that is sold at better department and specialty stores as well as upscale boutiques worldwide.

Richard Murray, who has served as president of Wacoal America since 1993 and assumed the new post of vice chairman Sunday, said an improving economy brought the deal to fruition.

“This is something we’ve been working on for five years. Actually, it’s kind of a shock because it’s been on and off because of the economy, but talks became very serious this past October and it’s worked out nicely,” said Murray. “One of our requirements was we were looking for a successful, profitable business and a strong sales team that would stay on, and that’s what we found with Eveden.”

Wacoal entered the U.S. market in 1985 with a $120 million investment during the first decade. Over the years, the U.S. operation was molded into a profitable lingerie business with estimated yearly revenues of more than $120 million. Wacoal-branded bras, undies and shapewear are carried at major specialty stores, including Nordstrom, Saks Fifth Avenue and Neiman Marcus. The big hit for spring is the Control Freak shaper for two figure types — women whose figures are apple or pear shaped.

Murray, who joined Wacoal America in 1987, was to retire from day-to-day activities on Sunday, but now will assume the new role of vice chairman of Eveden as well as his responsibilities at Wacoal America. He said Tracy Lewis, ceo of Eveden, will continue as ceo after the deal is completed.

Lewis described the corporate cultures of both companies as “sharing a very similar business ethos and values.”

“Being part of one of the leading businesses in the lingerie sector presents us with both a huge opportunity to extend the reach of our brands globally and provide our teams with great opportunities for business and personal development,” said Lewis.

Eveden, based in Northamptonshire, England, is a leading specialist of high-end basic and fashion lingerie and swimwear for full-figure consumers. Its portfolio includes Freya, Huit, Fauve, Elomi, Goddess, and Fantasie [also known as Fantasie of England], the longtime corsetiere label to the Queen of England. Eveden’s products are carried at more than 5,000 retailers in 50 countries.

Murray said the merger will fulfill a universal goal.

“We are relatively a full-figure bra company, but when you combine Eveden in Europe with Wacoal in North America and Wacoal in Asia, we’ll be able to fit any figure type of any woman in the world,” he said.

He added that the union will provide entry for both companies into new product categories.

“We think Eveden’s leadership in swimwear will place us in the swimwear business and we are looking at the possibility of having Wacoal swimwear in the U.S. It will be Western women’s first exposure to Wacoal swimwear….We also see a lot of synergy with our leadership in shapewear and we’ll introduce Eveden to shapewear,” explained Murray.

At Wacoal America, Robert Vitale will succeed Murray as president today and will take on the new role of co-chief executive officer.

Murray, whose key role at Wacoal will be to assess future opportunities for mergers and acquisitions, said he’s reevaluating his retirement plans, which were revealed in October 2011.

“That was a fast retirement,” he said.