Waiting for New Year: Baugur’s Bid for Saks Seen Heating Up in ’08 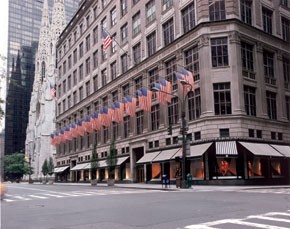 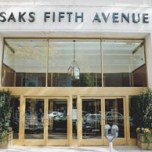 The speculation in the financial community is that once the holiday season is over, Baugur could move in on the $3 billion Saks. The firm said in a November regulatory filing that it was eyeing Saks and might pursue a joint bid with Milestone Resources Group Ltd., also known as Landmark Group. The Dubai-owned Landmark Group, which also owns shares of Saks, has had “exploratory discussions” with Baugur, according to the filing.

And the dollar could be working in their favor. As the currency remains weak — and Saks shares rise — sources said it becomes more and more likely any bidder for Saks will be an overseas company because the purchase price would be cheaper in terms of their local currency. Observers said Saks’ share price, no doubt inflated by talk of a possible bid, makes it expensive when compared with its market capitalization.

This is perhaps why no other bidders have come forward so far, according to sources. NRDC Equity Partners and its NRDC Acquisition Corp. operating unit consider Saks too pricy, sources said, and are not likely to make a bid. Fast Retailing, owner of Theory, Helmut Lang and Uniqlo, has not been actively bidding for companies despite earmarking $3.5 billion for “overseas acquisitions” and making a run at Barneys New York before being bested by Istithmar of Dubai.

Saks has been performing strongly in the last few months under chairman and chief executive Stephen I. Sadove. Industry observers are keeping a close watch on how the retailer performs this holiday, something Baugur is also likely doing. As of the most recent quarter, Saks operated 54 Saks Fifth Avenue stores, 49 Off 5th stores and 73 Club Libby Lu units.

Citigroup analyst Deborah Weinswig said in a research note last week that she had an “upbeat meeting” with Saks management, including Sadove. The analyst reiterated Saks as a top pick for 2008 due to her confidence in the retailer’s turnaround “as well as our belief that there is a high likelihood of the company going private” in the first half of 2008.

Weinswig’s takeout valuation model calls for $27 a share, which puts a price tag on the company of about $3.8 billion given current shares outstanding. “Management reiterated that fourth-quarter same-store sales are expected to increase high-single digits,” Weinswig said in her note. “Following an impressive November [when comps gained 25.7 percent], Saks expects December comps to be flat to modestly negative. Also, management said that they feel good about Saks’ inventory levels and expect inventories to be more in line with [comps] growth by yearend.”

The bright picture certainly helps add value to any acquisition price. But is Saks a growth story? According to Weinswig’s note, management sees growth potential in the company’s Off 5th business. During the session with Weinswig, management said the Off 5th division is generating “outsized growth and has only a 10 percent customer overlap with full-line stores.”

“Saks is focused on leveraging the Saks Fifth Avenue brand name and increasing private label in this channel,” Weinswig said in her note. “The company believes that Off 5th has expansion potential and will open a prototype store in Orlando next year.”

Adding to Saks’ appeal on either the takeout or turnaround-stock-of-the-year fronts is the success of the retailer’s targeted renovations, which Weinswig said were “yielding very encouraging results, often with sales lifts of 40 to 50 percent in the remodeled areas. The company plans to continue this strategy in 2008, with a focus on adding new vendor shops.”

Weinswig has a target price on Saks of $25 and a rating of “Buy/High Risk.”

“We believe that Saks is on track for a successful turnaround as management focuses on improving operations at the remaining SFAE [SFA] division,” Weinswig said in her investment strategy thesis of her research note. “If management’s attempt to turn SFAE around is not successful, we believe Saks would consider selling itself to an acquirer (i.e., private equity firms). As a result, our valuation reflects a probability-weighted analysis (fundamental turnaround vs. takeout) for Saks.”

Weinswig is valuing shares of Saks on 2008 earnings per share estimates “as they are representative of where the company’s fundamentals are headed.”

Weinswig said her takeout valuation is “derived from a 11.5 times EV/EBITDA [enterprise value/earnings before interest, taxes, depreciation and amortization] multiple on our 2008 EBITDA estimate, yielding a takeout price of approximately $27.”

One retail analyst and consultant, who has a relationship with Saks’ management, said Sadove “has made lot of progress, but [there is] still more to go.”

The consultant said Saks needs to improve its operating margin of about 3 to 8 percent. “If he can’t do this himself, and Baugur (or whoever) has the chops to get the operating margin there/higher sooner than Sadove, good for them, and that would support [a higher takeout price].”

The consultant said he has seen great improvements on the merchandising front, and he likes the progress of the Off 5th division. “Some of existing regular SFA malls are only OK, but many Simon Property Group and Taubman Centers malls are fine,” he said adding that international expansion of Saks is possible by targeting markets such as “Reykjavik [Iceland], Knightsbridge near Harvey Nichols/Harrods [London] and Tokyo/Omotesando, Dubai (not licensee but co-owner), Berlin (vs. Paris) and Florence (vs. Milan) and Hong Kong.”

While opening in the U.K. is expensive for any overseas firm, Baugur has extensive real estate operations in the country via its House of Fraser department store chain. The Icelandic firm theoretically could convert some House of Fraser units to Saks stores, especially in major British cities.

Saks already has embarked on overseas expansion, with licensed stores in Dubai and Saudi Arabia, and one in Mexico City, which opened last month. In 2009 Saks will open a store in China, under license.