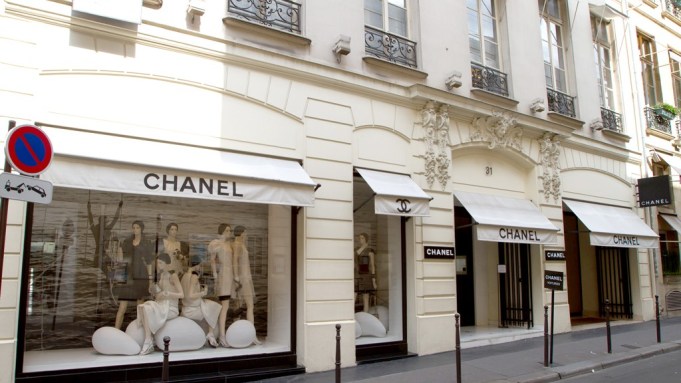 LONDON — Anyone wondering about the future of Europe could always have a glance at German Chancellor Angela Merkel’s diary.

Earlier this month, she told a regional meeting of her Christian Democratic party in Berlin that the sovereign debt crisis in the region would last “at least” five more years.

“Whoever thinks this can be fixed in one or two years is wrong,” she said.

“Most of Europe is in recession right now, and I don’t see how fashion and clothing can escape the effects of the economy,” said Nick Hood, a business analyst at Company Watch, a London-based firm that monitors retailers’ and other companies’ financial health. “By general consensus, the U.K. is having its worst year since 2008, and the victims are the specialist retailers without good online offerings. Fashion is polarized between Primark and the luxury brands, while M&S [Marks & Spencer] is a perfect example of how the middle market is suffering.”

Primark is a key player in the value fashion retail sector, with more than 240 stores in the U.K., Ireland, Spain, Portugal, Germany, the Netherlands, Belgium and Austria.

“The feeling in the U.K. is that there will be a major correction, with almost every major retailer cutting back on its number of stores,” Hood added, with companies opting for multichannel growth outside the U.K. and Europe.

European sales at big brands such as Burberry are flourishing due to the international, big-spending traveler rather than the increasingly cash-strapped and cautious locals, while the middle-market continues to suffer.

“Overseas visitors are driving sales growth and will continue to drive it over the Christmas period,” said Michael Ward, managing director of Harrods, during a roundtable breakfast sponsored by Walpole, the organization that aims to promote British luxury brands.

That’s just one reason why Marks & Spencer is having problems. In its latest financial report, the widely regarded bellwether for high-street sales reported a 9.7 percent slide in pretax profits and a continued bleak outlook for U.K. spending.

“Recent trading has been volatile,” said chief executive officer Marc Bolland. “This, coupled with continuing pressure on consumers’ disposable incomes, makes us cautious about the outlook for the rest of this year.”

PPR, with brands ranging from Gucci to Puma, encapsulates the polarization in the market. Last month, Puma reported an 85.1 percent slide in third-quarter net profits, reflecting the impact of restructuring measures designed to offset a sharp decline in sales in crisis-hit Europe. Puma plans to shut around 80 stores, mainly in mature markets, and has already started cutting jobs, particularly in Europe.

A similar story applies to the fabric firms that are set to show over the next six months.

Laurent Garigue, who supplies high-end women’s fabrics to major British, French and Italian fashion houses, said over the past few years every client has increased the quality of fabrics it buys.

“There’s been a marked shift higher,” Garigue said. “Even the high end has moved up a notch.”

He added that his clients are ordering smaller numbers of units at higher prices.

“Four years ago, the big question from clients was ‘How much?’ Today, the question is ‘Is it beautiful?’ Price is no longer the overriding factor,” said Garigue, who is founder and owner of the namesake British company. “There are no taboo prices, the product just has to be beautiful.”

Similarly, the Harris Tweed Industry Forum said last month that 2012 had been its best year for production in almost 15 years.

It expects total production to reach more than 1.1 million yards of cloth by the end of the year. Over the past year, it has collaborated with Clarks, the shoe brand, and with Topman for a series of Harris Tweed jackets and accessories.

While the higher end of the market is thriving, the struggling middle market could soon come under new cost pressures.

According to a recent report by Bernstein Research entitled “European Apparel Retail: Apparel Cost Inflation in China and the Gross Margin Problem,” the benefits of cheap production in China may have reached their peak.

“A key part of the gross margin expansion story for European apparel retailers over the past 10 years has been the removal or loosening of clothing import quotas from outside the EU [European Union], which has led to increased imports from low-cost manufacturing countries, particularly China,” said the report. “While European apparel retailers have benefited from these lower costs over the past decade, the key question going forward is whether there are more sourcing gains to be had, or whether costs may begin to increase, pressuring retailers’ gross margins.”

The Bernstein study said savings are likely close to peak levels for the industry and that apparel input cost inflation is “increasingly likely” over the next five years.

“I don’t think input prices are going to go down,” he added. “If labor costs are rising in China, it’s only a matter of time before they’re rising in Vietnam, too, one reason why there’s more and more talk about bringing manufacturing back to Europe.”

And that could be one of the engines driving the recovery in Europe, for which Merkel and others are hoping.