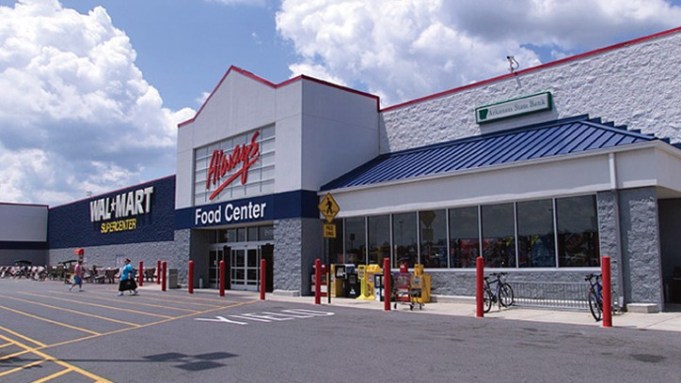 Sweeping organizational changes are coming to Wal-Mart U.S., from its stores to its apparel sourcing.

In a flurry of developments Thursday, Wal-Mart Stores Inc. said it is realigning its U.S. organization and redefining the way it procures merchandise, which includes consolidating an initial $2 billion of its $300 billion product budget under Hong Kong-based manufacturing giant Li & Fung.

The changes at the Bentonville, Ark.-based group consolidate power under two of the company’s rising stars — Bill Simon and John Fleming — and include combining real estate, store operations and logistics into one unit; developing a new merchandise execution organization, and pairing store-planning with customer experience to accelerate the speed with which new retail formats are brought to market and new markets are penetrated.

Deutsche Bank retail analyst Bill Dreher called the moves “the biggest changes at Wal-Mart U.S. since 1995 and the introduction of SuperCenters.”

Between the organizational changes and the Li & Fung news, there are bound to be layoffs, however. Last week, Wal-Mart’s Sam’s Club division said it was closing 10 U.S. units and laying off 11,000 employees. Observers said there could be up to 3,000 layoffs in Bentonville due to the changes in sourcing. The company could not be reached for comment.

For Li & Fung, the Wal-Mart deal is worth up to $2 billion of business in the first year.

“Obviously that’s a big number for any first year, but in the context of what Wal-Mart’s size is, it’s a good start,” said Bruce Rockowitz, president of Li & Fung (Trading) Ltd. “Our expectation, I think on both sides, is it will continue to grow.”

Rockowitz, the first outsider to run the $14 billion Fung family business in more than 100 years, said 20 to 30 percent, or $400 million to $600 million, of the venture’s first-year sales could be in apparel, with footwear, home goods, toys and other goods making up the balance. The open-ended agreement does not include any volume commitments from the retailer, which can still buy directly from factories.

The arrangement does, however, give Wal-Mart the option to acquire the sourcing arm, dubbed WSG, in 2016.

“We probably won’t start shipping until the end of the first half,” Rockowitz said. “We see plenty of opportunity to bring a global sourcing network to bear right away. From our viewpoint, we’re going to be bringing better quality and prices to the table as well as helping product development.”

Exhibiting the complexity of apparel sourcing, Li & Fung has more than 80 offices globally and sources goods in more than 40 countries. The company will continue its existing wholesale relationship with Wal-Mart.

“We’re headed into an inflationary environment, where all the costs have been taken out of the supply chain over the last years and a big deflationary driver was China, and China is not the low-cost country anymore,” he said. “You need a global sourcing network and, quite frankly, on a direct basis, Wal-Mart wasn’t as global as they could be. We’re going to drive costs down somewhat, or at least hopefully stop the inflationary trend for our customers.”

The deal was generally seen as a good one, especially given the breadth of Li & Fung’s sourcing base.

“They can move production if a natural or political problem occurs like no other,” said one trade expert, who requested anonymity. “It also gives Wal-Mart fewer vendors and reduces their reputation’s potential exposure from bad actors on environmental and labor issues.”

This isn’t the only deal Li & Fung’s been working on. The Hong Kong-based firm, which has a $1 billion cash warchest, is also looking to expand via acquisition.

“We have a number of deals in the pipeline,” Rockowitz said. “We’re looking at deals in the shoe area. I can’t comment on any individual company, and the truth is we’re talking to many different people all the time.”

Rockowitz said the company is also looking into the beauty area and is positioned to keep gaining share in the apparel world.

Wal-Mart’s option to buy WSG is subject to certain conditions, and the price would not be determined unless Wal-Mart exercised its option. If Wal-Mart tried to buy the subsidiary and Li & Fung shareholders nixed the deal, the sourcing firm would have to pay the retailer the lesser of 10 percent of the option’s exercise price or $75 million.

Not everyone gave a thumbs-up to the deal.

“I have to think that if you’re doing $400 billion in sales, you’re big enough to create your own fashion apparatus and buy direct, and take advantage of the biggest buying pencil in the world,” said Robert Buchanan, an instructor in the finance department of the John Cook School of Business at Saint Louis University and a former retail analyst at A.G. Edwards. “Adding one more agent such as Li & Fung, as good as they are, is not the answer” to Wal-Mart’s desire to build higher margins in apparel.

Castro-Wright said Project Impact, the company’s highly touted strategy for “saving people money so they can live better,” is now being kicked into high gear. “The series of changes within Wal-Mart U.S. will move us further along in our execution,” he said, adding that a new merchandising execution organization is being embedded in operating divisions to help bring assortment decisions in stores to a new level. The U.S. has been broken into three geographic areas — Wal-Mart West, Wal-Mart South and Wal-Mart North — in order to create differentiation between stores in different regions.

Raul Vasquez, president and ceo of walmart.com, was named executive vice president of Wal-Mart West. A successor at the e-commerce operation had not been named at press time. The company said it was forming a global dot-com organization, but didn’t elaborate.

As for Rhodes’ appointment, it was seen by observers as a move by Wal-Mart to raise its style quotient. She was instrumental in turning the Maurices business around and integrating it into Dress Barn Inc., which purchased Maurices in 2005. Rhodes will work out of Wal-Mart’s Manhattan buying office.

Wal-Mart’s apparel intentions haven’t always been easy to divine. The retailer launched a forward collection, Metro 7, but the brand didn’t do well. Wal-Mart executives, including chief executive officer Mike Duke and Mattison, have said Wal-Mart would do more business in basics, and it’s not clear how much fashion the Wal-Mart customer wants. “Wal-Mart was not able to drive traffic with apparel,” said Dreher.

“Up until now, Wal-Mart has been unable to create a sufficient taste level internally to do fashion by itself,” said a Wall Street analyst who requested anonymity. “To me, that’s a major shortcoming, and they need to address that. Li & Fung may help them along the way toward understanding fashion. If they put tasteful fashion on the floor, the customer will respond.”