Retailer is working to correct the misstep it made when it cut back offerings at its namesake discount stores.

By Evan Clark and Sharon Edelson on February 22, 2011
View Slideshow 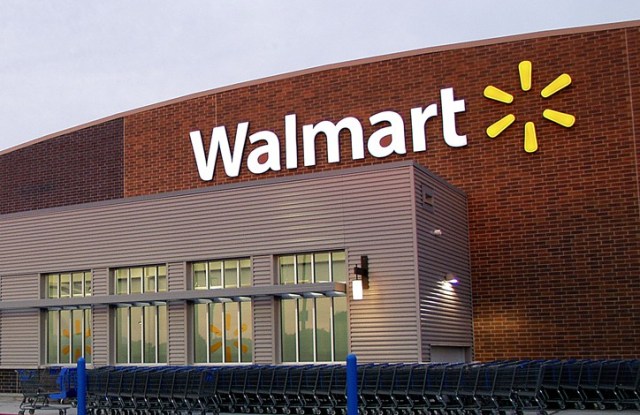 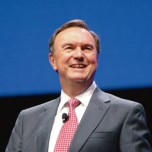 There’s a long turnaround road ahead for Wal-Mart in the U.S.

Wal-Mart Stores Inc. sank into a deeper hole than it — or Wall Street — realized when it cut back offerings at its namesake discount stores, a misstep the company is working frantically to correct through new management and a new plan that has it refocusing on its core lower-income customer. But senior management admitted Tuesday that it will take time for the changes to produce results.

Just as the retailer emphasizes everyday low prices, having the broadest possible assortment of goods, store remodeling efforts and multichannel initiatives — the four pillars of its efforts to improve existing stores — its competition, and especially dollar stores, are coming on hard. And Wall Street is not cutting the company any slack.

The Bentonville, Ark.-based firm posted better fourth-quarter profits Tuesday, but the Wal-Mart division rattled investors with a 1.8 percent drop in quarterly comparable-store sales, its seventh straight decline. As a result, Wal-Mart’s shares fell 3.1 percent to $53.67 in a poor day for stock markets worldwide because of the turmoil in Libya. The Dow Jones Industrial Average, of which Wal-Mart is a component stock, fell 1.4 percent, or 178.46 points, to 12,212.79 as the S&P Retail Index fell 2.1 percent, or 11.13 points, to 515.67.

Bill Simon, president and chief executive officer at the Wal-Mart division since June, acknowledged on a conference call with analysts that the comp performance didn’t meet anyone’s expectations. “They certainly didn’t meet mine — period,” he said. Apparel comps were worse, falling by a percentage in the midsingle digits as improvements in men’s, women’s and ladies’ plus sizes were offset by a pullback in juniors.

“Customers are also buying closer to need, particularly in seasonal apparel,” Simon said. “I’m encouraged by recent trends, as we add back assortment in key apparel categories, including shoes and accessories.”

But the changes are expected to take some time to gain traction. Simon projected that divisional first-quarter comps would range from flat to down 2 percent.

Mike Duke, president and ceo of the firm, backed up his lieutenant.

“Bill has a clear vision today of the underlying issues, and his action plan addresses the areas critical to a sales turnaround,” Duke said. “Some of the pricing and merchandising issues in Wal-Mart U.S. ran deeper than we initially expected, and they require a response that will take time to see results.”

“The four-point plan [that Wal-Mart outlined] was not impressive,” said Robin Sherk, a senior analyst at Kantar Retail. “It made me a little bit nervous because there wasn’t anything new. Everyday low price leadership and the widest assortment ever doesn’t sound like a new plan of action, especially when traffic is down and not basket size. They’re going back to a place of comfort for them.”

Wal-Mart is under attack from retail channels that wouldn’t have been viewed as competitors before. Department stores, which are emphasizing fashion at a price, and drug chains that are selling food are chipping away at Wal-Mart’s market share.

“Apparel continues to be a weakness for Wal-Mart,” said Carol Spieckerman, president of Newmarketbuilders. “Macy’s is doubling down on [fashion] and J. C. Penney is taking it very seriously. Wal-Mart hasn’t come up with a compelling brand proposition in apparel [in some time]. Wal-Mart ran screaming away from apparel. Now it’s focusing on basics in a trendless environment.”

Wal-Mart has its eye on dollar stores and has even added dollar aisles to its stores. “Dollar aisles have had a slight beneficial impact,” said R.J. Hottovy, a retail analyst at Morningstar. “Dollar stores are within a closer [radius] to a lower-end consumer whereas Wal-Mart is a longer drive.” The dollar store channel has upgraded private label apparel and is making a push to offer food. And the channel is aggressively expanding, with Dollar General alone opening 625 stores this year for a total of 10,000 units.

Walgreen’s has also moved into the food arena and Target is rolling out its P-Fresh food concept more earnestly, analysts said. “Food drives frequency and sales of higher margin goods,” Spieckerman said. “That’s been Wal-Mart’s killer app, and now everybody has it. Meanwhile, commodity prices are going up. Wal-Mart doesn’t have a compelling proposition in higher-margin goods so it’s not poised to offset the price increases.”

The company commands 985 million square feet of selling space and posted revenues of nearly $422 billion last year. In addition to rejiggering its U.S. discount business and pushing ahead at Sam’s Club — a nearly $50 billion business in its own right — Wal-Mart is finalizing the acquisitions of Massmart in South Africa and Netto in the U.K., which will be added to its international unit.

Strasser said the company had lost focus on its core customers, many of whom are subsisting on government aids such as unemployment payments and food stamps.

“The biggest question is their continued desire to be this massive global retailer without the results that back that up,” Strasser said. “They’re not really trying to step back and regroup. Their eyes are bigger than their stomachs, so to speak. It would be a great stock if they focused entirely on driving returns to shareholders instead of growth.”

But Wal-Mart is pressing forward. One initiative is Wal-Mart Express, its small store format.

“It’s a huge avenue for them to grow,” said Bill Emerson, president of Emerson Advisors, about smaller stores. “However, they’re getting into unfamiliar territory.”

While some experts think Wal-Mart has grown too big, Spieckerman said the problem may be that Wal-Mart isn’t throwing its weight around enough. “Wal-Mart is not leveraging its scale — online and physical stores — as much as it could,” she said. “Mike Duke has to be asking himself, ‘What are we doing with our scale?’”