Financial markets have been riding a roller coaster and analysts are predicting continued turbulence, but the economic turmoil isn't affecting Switzerland's... 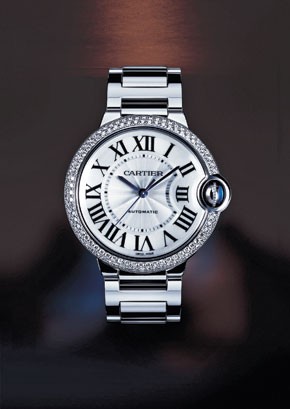 Business continues to boom at a record-breaking pace, according to executives and retailers, who said their biggest challenge is to produce enough to satisfy lusty demand.

“We have seen a tremendous increase in our business,” said Andrew J. Block, executive vice president of watch retailer Tourneau. “We have more concern about the brands’ inability to deliver enough products to sustain the market demand than an economic slowdown.”

For the month of September, the most recent data available, Swiss watch exports accelerated 16.7 percent, driven by the high end, according to the Federation of the Swiss Watch Industry. Over the last 12 months, exports of Swiss timepieces have improved 15.2 percent.

The last few years have been incredible for luxury watchmakers, from Cartier to Patek Philippe. New wealth markets like China, Russia and the Middle East are generating double-digit growth, and sales in the U.S. have reached record levels, too.

But as the U.S. stock market falters and the fallout from the subprime loan meltdown proves deeper than initially feared, some analysts wonder whether the party is beginning to wind down.

In a note to investors coinciding with the release of Hermès’ third-quarter sales, HSBC analysts predicted watches are more susceptible to slowdown than the rest of the luxury sector.

“Our scenario remains a gradual [luxury] slowdown (inevitable after three exceptional years) with a higher momentum risk on the watch segment,” HSBC said.

But most of the main players shrug off warnings like that as unlikely. They also said the diving value of the dollar and yen against European currencies has had little impact on business.

“So what if the dollar and yen are weak?” asked Cartier International president Bernard Fornas. “We don’t see any reason for the boom to cool. When you see the figures of the Swiss Watch Federation, you see there is no slowdown. There’s a lot of cash in the world. It’s a reality. Some people are getting richer, with petrol nearing $100 a barrel and gold at $800 [an ounce]. There’s liquidity. The high end is selling better than lower-priced items.”

“All the timepieces were sold out by the time we had the official launch event in Miami,” said François-Henry Bennahmias, president of Audemars Piguet. “We definitely haven’t seen any warning signs for now. But that doesn’t mean that we are not aware of and preparing for a potential slowdown.”

Jean-Marc Bories, general manger of Breguet and the senior vice president of Swatch Group in the U.S., said there has been no fallout from market turmoil.

“Like most prestige items, watches at this price point are somewhat immune to momentary blips in currency or economy,” he said. “Breguet is demonstrating record-breaking growth this year and under greater demand than ever.”

Severin Wunderman, owner of Corum, also said he had no bad news to report. “We are still under big pressure to deliver,” he said, adding, though, that he is concerned about the low value of the dollar.

“I personally feel that there will be reactions in the U.S. market, as no one has yet readjusted prices due to the dollar’s slide. As most big players have prepurchased gold, diamonds and currency to cover sales this season, if the dollar doesn’t rebound there will be many companies who will not survive. The watch industry has a very big failure rate.”