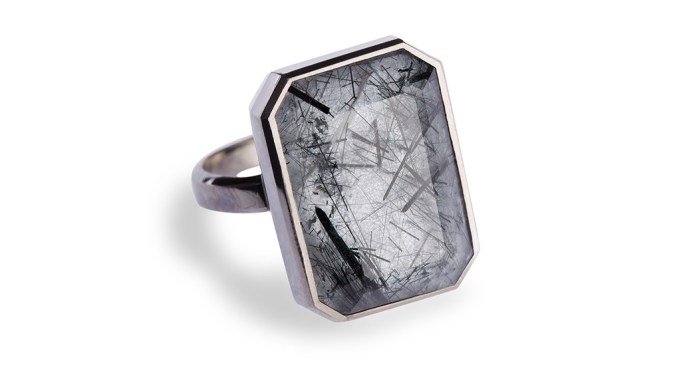 Ringly has nabbed several million in funding to beef up manufacturing and increase its product range of smart rings.

Just seven months after its launch, the startup closed a $5.1 million Series A round, led by Andreessen Horowitz with participation from Highline Ventures Partners, Silas Capital and PCH. Early investors First Round Capital, Social+Capital, Mesa+ and Brooklyn Bridge Ventures took part as well, bringing the total capital raised to $6.1 million.

Ringly is a smart ring that connects to a phone and alerts users to calls, texts and e-mails with a subtle vibration or light. It doesn’t track activity or sleep like many wearables in the market, nor does it have a camera or any other fancy features employed by Google’s Glass, which has been shelved until the next iteration of the device is ready.

The rings first went on sale for pre-order at Ringly.com in June and sold 1,000 units within the first 24 hours.  Each 18-karat, gold-plated ring retails for $195 with a choice of precious and semiprecious stones including emerald, rainbow moonstone, black onyx, pink sapphire and tourmalated quartz. Shopbop and Bloomingdale’s will start to stock the rings in the coming months.

Founder and chief executive officer Christina Mercando said a big part of this year will be dedicated to taking Ringly’s existing technology and putting in into other forms — more ring designs are on the way and a bracelet will be introduced in the second half. The first designer collaboration will launch later this year (she declined to reveal the partner just yet), and the company is in the midst of product development for a new device that will hit in 2016.

“When I started this I wanted to solve a problem, not create a wearable,” Mercando said. “A lot of wearables are trying to cram in features. We want something that helps you but that doesn’t have to be the Swiss army knife of features.”

She also said it’s difficult to load up on technical features when working with the form factor Mercando decided on — a sleek ring with minimal room to place technology.

Maybe when it comes to wearables, simple is better. Notifications are manageable; a wearer can set it so that her ring vibrates when she gets a call from home and lights up when she gets a work call.

Chris Dixon, a partner at Andreessen Horowitz, puts Ringly in a different class of wearable than the Apple Watch — more of what he called a “general purpose computer” on the wearer’s wrist. He thinks the Apple Watch could be a very successful model, but thinks there is ample room in the market for single-purpose wearables right now.

“It’s very focused. The way I imagine this playing it is that you’ll have things like Ringly — or maybe a shirt that measures your heart rate or a wrist band [that lets you know] if you’re out in the sun too long,” Dixon said. “We see Ringly in that category — in the single-purpose wearable trend. That is different than the Apple Watch. They can both succeed. It’s a different use case to have a full computer on your arm.”