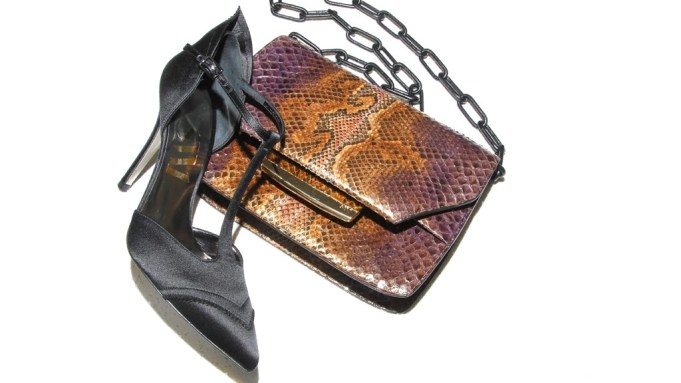 NEW YORK — Stuart Weitzman is aiming high, and not just with the 6-inch platform booties that are an integral part of his new SW1 collection in stores this fall.

The line is Weitzman’s first attempt to deliver accessories at a designer level, where retail prices for shoes and handbags will be on par with the likes of Manolo Blahnik and Jimmy Choo. SW1 creative director Alvaro Gonzalez spent eight years as accessories design director at Choo before leaving in March, taking some time off and joining Weitzman on this venture. It’s also the first major initiative for Weitzman since The Jones Group Inc. acquired a majority stake in the brand last year.

In Weitzman’s view, he’s just giving the market what it’s been asking for.

“I have had so many requests [from retailers] — I can’t even count — who want more upscale and exclusive product,” Weitzman told WWD. “[So I thought] why not take it international with a collection of shoes, get some bags, [get] a guy to be creative director? And I own my own factories.”

He revealed that the “secret to his success” is exactly that: owning factories. Weitzman owns 11 (nine for footwear and two for handbags) — in Alicante, Spain, where he employs 3,300 workers in a city of about 9,300 people.

Styles in the SW1 collection will retail from about $595 for satin and suede dress shoes and pumps to $795 for a bootie to $995 for a full boot — a bit higher than the prices in Weitzman’s main line, where pumps average in the $300 range. Materials such as suede, leather, nubuck and satin — juxtaposed with elements such as metal, natural shells or plexi mother-of-pearl heels with intricate patterns (inspired by The Duomo, according to Gonzalez) — are present in the collection of about 50 shoes.

“[We will] add elements to the designer level that I don’t believe are there,” Weitzman said, holding up a navy suede bootie with architectural elements that has two platforms (one visible and one hidden) for comfort. “We will bring reordering, wearability, supercomfort and great fashion [to this category.]”

As for handbags — the designer’s first official attempt at creating a full collection for the category — there are three themes. The first is a selection of soft neutrals, such as dusty rose, mauve, dove gray and the palest of yellows fashioned into feminine, structured frame bags in various silhouettes, including ones sized for a laptop or tablet. Then there are the exotics. The python shoulder bags and envelope clutches are done in a palette of deep burgundy, plum, amber, green and navy, some with chain straps that are black-python-covered metal links. The third theme is a collection of more basic black-and-brown totes, day bags, envelope clutches and minaudières. Handbags start at $800, and no style costs more than $1,500 — even the exotics. For the first season, though, handbags will only be available in the U.S. and non-European markets, while footwear will be sold globally.

The collection will debut in late February to press and buyers in Milan during fashion week, where the brand’s European headquarters are located. The American headquarters are on Madison Avenue here and remaining markets will be serviced from both offices.

Although he has yet to reveal a U.S. retail partner for the line’s domestic launch — a key strategy with SW1 is maintaining an exclusive retail distribution — Weitzman confirmed the collection will be carried in Selfridges in London and Holt Renfrew in Canada.