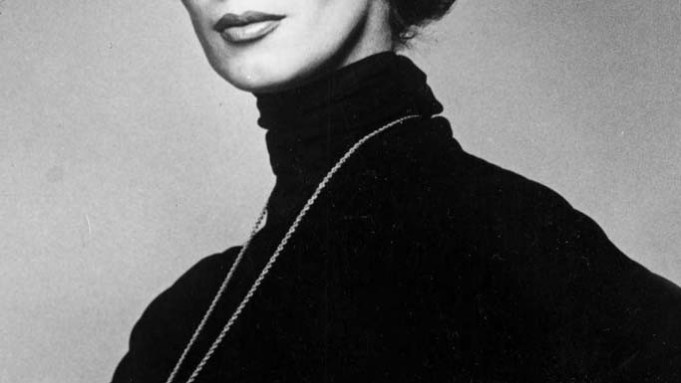 When Wilhelmina Models’ executive team rings the closing bell at Nasdaq today, the aim is to do more than trumpet its status as the only modeling agency to be listed.

The event will double as a coming-out party for the founder’s daughter Melissa Wilhelmina Cooper, who has been working behind-the-scenes since late last year, but is now taking a more public role as brand officer. She will be joined by chairman of the board Mark Schwarz and chief executive officer Alex Vaickus, as well as such models as Coco Rocha and Armando Cabral. Leading up to the company’s 50th anniversary in 2017, the senior team is broadening its international reach, delving into consumer products with a signature fragrance launch late this year or in early 2015 and rolling out a new logo and branding.

To celebrate its new image, Rocha, Cabral, Soo Joo, Robyn Lawley, Patti Hansen and Theodora Richards will be among the revelers at a party tonight that will include a performance by Island Records’ Nick Jonas as a preview to the November release of his self-titled album.

With three U.S. offices and a talent base of 1,500, Wilhelmina considers itself to be one of the last full-service agencies in that it represents high fashion, fitness, lifestyle and an assortment of other categories, Vaickus said. Through a partnership with Nao Maeda, Wilhelmina plans to open a Tokyo office within the next month.

The agency officially listed on Nasdaq a month ago and its shares have ranged from a low of $3.20 to a high of $7. On Tuesday, they closed down 0.6 percent at $6.40. Today’s ceremony is meant to raise its profile with Wall Street and aspiring models on Main Street. Last year’s revenues were about $64 million and for the first half of this year, revenues have grown by 22 percent, according to Vaickus, who joined the company two years ago from Playboy Enterprises Inc. His aim is to double the size of Wilhelmina within the next four or five years. Creating a true consumer Wilhelmina brand by licensing the name for consumer products will be a key component to international growth. Apparel, accessories and beauty are sectors that will be explored. Within five to seven years, the company expects consumer products sales to account for 15 to 20 percent of the overall business, Vaickus said.

By taking a more public role in the company, Cooper wants to emulate her mother’s professional graciousness and high standards. “I never heard her say these words, but if there was a motto it was, ‘It’s personal — everything is personal,’” Cooper said. “She was gracious, compassionate and dedicated to doing things right. She also expected a very high standard from you and everyone around you — not just the models, the managers and the staff. But that was done not to be oppressive, but to raise you up and make you feel lorded upon.”

Born in Holland, Wilhelmina started modeling at age 15 after her family relocated to Chicago in 1954, and in 1961 signed with the Ford Agency. Once recognized as the highest-earning model of her time, Wilhelmina appeared on more than 300 magazine covers from 1961 to 1967, including 29 Vogues. At the age of 27, she retired to open an agency with her husband Bruce Cooper. Noting how modeling has been a gateway to other careers for a number of now well-known personalities, Melissa Cooper cited Hansen, Allison Stern, Cindy Horn, B. Smith, Jessica Lange and Pam Dawber as examples.

With hundreds of thousands of fans following their favorite models via the new Tumblr blog XOWilhelmina, the company is trying to “tell the story of the people that are part of the brand,” Vaickus said.

As someone who once launched and ran the health and wellness business Home Simply Yoga in Santa Monica, Cooper, who also had her own interior design business for 18 years, said she will be particularly mindful of the importance of teaching models how to live healthy and balanced lives. She said her mother understood that models “are young people who are very impressionable and they are at the beginning of their lives, so that anything that isn’t done thoughtfully could hurt them.”