Waiting to be saved by the fourth quarter is a retail tradition of its own, but holiday sales will be more important than ever this year.

Santa, are you there?

Retail is going to need a little extra help this year.

The coronavirus shutdown has already wrecked the first half and it seems like it will be a second half of social distancing as well, complicating the make-or-break holiday season more than ever.

Even in normal years, the holiday season holds special power in retail. The much-anticipated fourth quarter represents the lion’s share of annual profits and can save a bad year — or make a good year great.

But right now, when merchants would usually start placing their bets and order goods for the holidays, many are instead struggling for survival, figuring out how to reopen and then operate stores safely to get a read on shell-shocked consumers.

The good news is, yes, many are expecting some kind of Christmas this year. But whether it will be as gift-centered and spend-happy as it has been is an open question.

“Christmas as a holiday absolutely will come,” said Steve Rendle, chairman, president and chief executive officer of VF Corp. “All of us are looking to get together with family.”

But the ceo was less sure it would be the usual shopping extravaganza “where we’re out buying tons of packages.”

“I think we need to be realistic,” Rendle said, while reaffirming his belief in the “human spirit” and the strength of VF’s positioning.

The company owns Vans, The North Face and Timberland and has built a massive reserve of $5 billion on its balance sheet to weather the COVID-19 storm and maybe make a big acquisition. During the shutdown it’s been focusing more on connecting with consumers rather than simply selling. The fashion giant’s projections, in general, have the U.S. market tilting back toward growth, but not until after Christmas.

So the trick for companies that are going to need Christmas more than ever might be to take advantage of whatever holiday spending there is.

“The Christmas potential is there, but new skills, new strategies need to be developed to capitalize on it,” said consultant Michael Brown, a partner in Kearney’s consumer practice.

Long lines, Black Friday sales, crowded stores — all the hallmarks of Christmases past — will likely be absent this year.

Some stores could still be closed or under occupancy restrictions that will make it hard to drive the kind of sales retailers are used to. And new cleaning procedures and other measures to protect the health of employees and shoppers will also be in place.

The approach will have to be different right from the start. 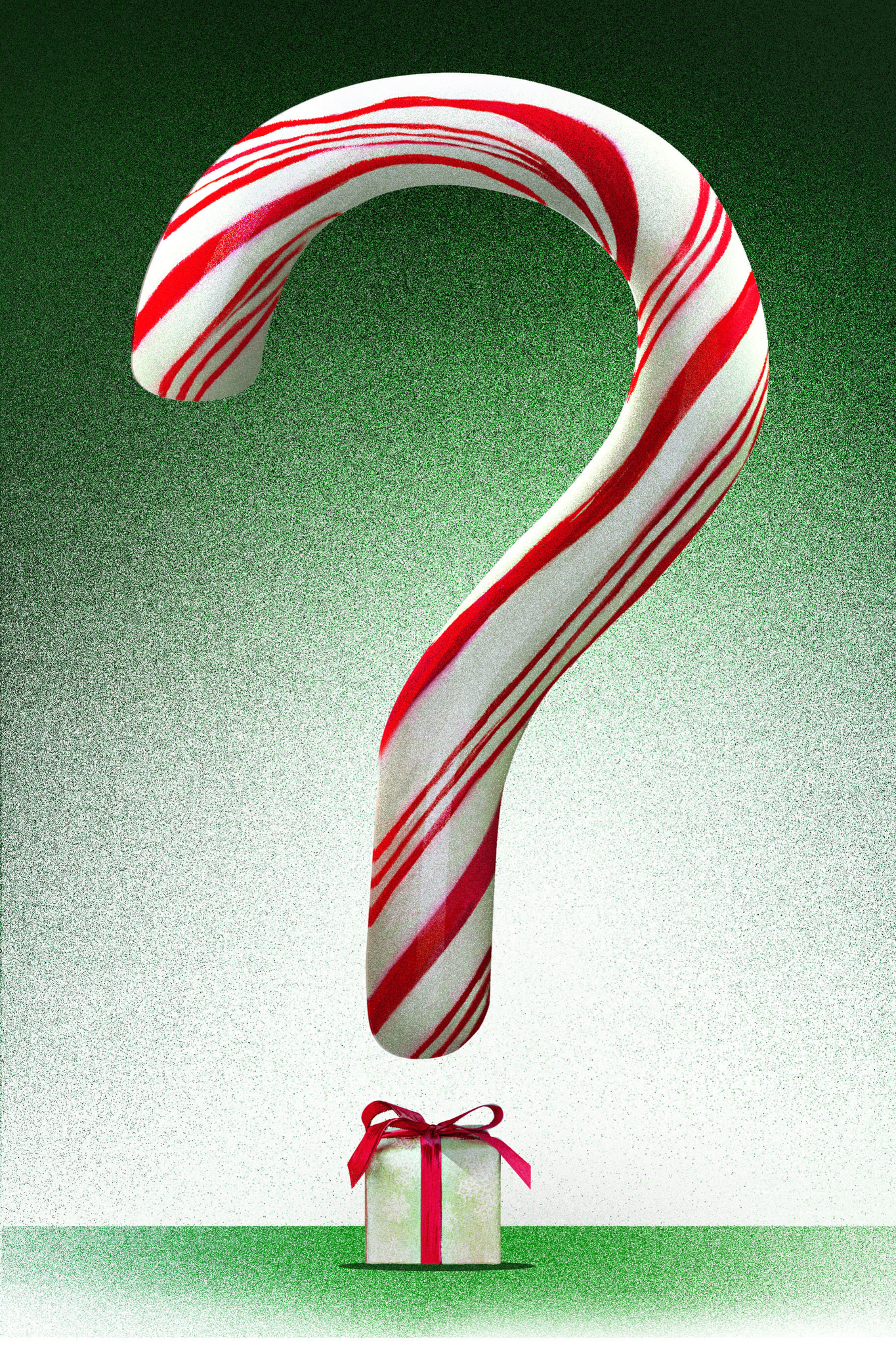 Fashion is headed toward the key holiday selling season with more uncertainty than ever.  Maure Nilson Freire/WWD

“How do you survive Christmas without a Black Friday?” Brown asked. “All indications are that what Black Friday looks like in retail stores traditionally might not be able to occur. When should the holiday season start this year and how do retailers have a launch date, like a Black Friday in October? With many of these restrictions, it will be difficult to do the volume that needs to be done for holiday in the 25 to 29 days or so that it’s usually done in.”

And the road from here to Christmas is going to be a tough one. Already, the COVID-19 shutdown has led to shocking sales declines.

Apparel and accessory specialty stores saw April sales drop 89.3 percent from a year earlier, while department stores were down 47 percent, according to Commerce Department figures Friday. The e-commerce channel picked up some of the slack, with sales rising 21.6 percent in April. But total retail and food service sales — including physical and digital merchants — dropped by the same amount, 21.6 percent.

Restore Capital, which is owned by financial services company Hilco Global and has a good eye on the liquidation market, expects that comparable sales to still be down 50 to 60 percent two months after a national restart.

Deborah Weinswig, ceo and founder of retail and technology advisor Coresight Research, said most fashion retailers are ordering about half of what they would have for the holiday season and then plan to chase inventory if more is needed.

“If you are at 50 percent, you could chase up to 80 percent and you should have a very strong margin,” said Weinswig, noting that could amount to a “new way” to approach the season.

She noted more brands are using 3-D design, virtual showrooms and taking other steps to digitize the supply chain.

“We’ve heard talk about speed, we may see it coming to play,” said Weinswig, noting the industry is paying attention, for instance, to the rush that has pushed some shipments of personal protective equipment around the globe with lightning speed.

Then again, there’s opportunity to make even bigger changes to retail reality.

Weinswig pointed to Shanghai’s Double Five shopping festival, which lasts two months, includes 133 special events and new product introductions from LVMH Moët Hennessy Louis Vuitton, Kering, Coach and others. L’Oréal plans to unveil more than 100 new products at the festival, which got the stamp of approval from chairman and ceo Jean-Paul Agon, who said, “I believe the Double Five Festival will play a positive role in the recovery in consumption and economy.”

Weinswig said Western retailers could do something similar and not wait for Christmas.

“We need a shopping holiday,” she said, suggesting retailers could focus more on Black Friday or go much earlier.

“By July 4, we’re all going to be losing our marbles,” Weinswig said. “We’re already celebrating, could we celebrate with a shopping holiday?”

That would be taking a page out of the Amazon playbook, which had in the past held its Prime Day in July in a successful nod to Alibaba’s Singles’ Day in November.

There have been efforts to create industrywide fashion-centric events, such as Fashion’s Night Out after the 2008 financial crisis, but ultimately fizzled. The success of Singles’ Day and Prime Day show that it is possible to rally brands and consumers around new dates on the calendar.

And surely, any boost — and the sooner the better — would be welcomed on the retail front.

Every year there are some merchants limping toward Dec. 31 hoping against hope that sales will be strong enough to justify their existence for another year. But this time, Christmas could be that one last best chance for many more, even with the most on-edge retailers — including J. Crew Group and Neiman Marcus Group — having already succumbed to insolvency.

But by looking to a consumer-led rescue at the end of the year, retailers are depending on the job market, the economy or consumer psychology to somehow play in their favor. Right now, almost everything is still up in the air.

“There’s more uncertainty than ever,” said James Bohnaker, economist at IHS Markit, a forecasting company that recently projected an “epic” 37 percent decline in second-quarter GDP and a two-year climb back to the economic peak.

“Usually we can look at it and say, ‘The job market’s doing really well, or not so good,’” and project off of that, Bohnaker said.

The job market right now is horrid — 36.5 million people have been added to the jobless rolls in two months and the unemployment rate stands at an ultra-high 14.7 percent — and it’s not clear just how many of the workers who were sent home will ultimately be recalled. Then there’s the issue of the presidential election in November — just before the holiday season officially starts — and what turmoil that might create politically, economically and socially.

With the traditional economic metrics skewed and so depressed, economists are turning to new data sets and looking at the health front, the number of COVID-19 cases, the effectiveness of social distancing and so on.

So the traditional Christmas season depends on many factors.

“A lot of it comes down to how confident consumers are, not only on the disease front with going out shopping, but also the economic fall out,” Bohnaker said.

“A lot has to go right,” he said. “Should retailers just start to look ahead to next year? Yeah, probably.”

Jack Kleinhenz, chief economist at the National Retail Federation, said it’s still too early to tell just how strong the job market will be later in the year and how much all the stimulus spending from Washington will cushion the blow of the COVID-19 shutdown.

Kleinhenz said economic realities could also give way to emotional needs around Christmas.

“It only comes around once, it’s a special time of year,” he said. “People will often dig deeper so we have a normal holiday. Let’s not count the holiday out yet, we still have several months to go. Don’t minimize the willingness to spend.”

What Are Fashion Insiders Posting on Social Media Right Now?